Martin Clunes: Islands Of The Pacific

Like a perfect gin cocktail, the recipe for a blissful romantic costume drama, as laid down by Ismail Merchant and James Ivory in the 1980s, is quite simple.

Since roses must have thorns, ensure there are assorted vinegary aunts and bibulous papas, as well as eccentric Americans, local aristocrats and — this last ingredient is most important — servants with British regional accents. 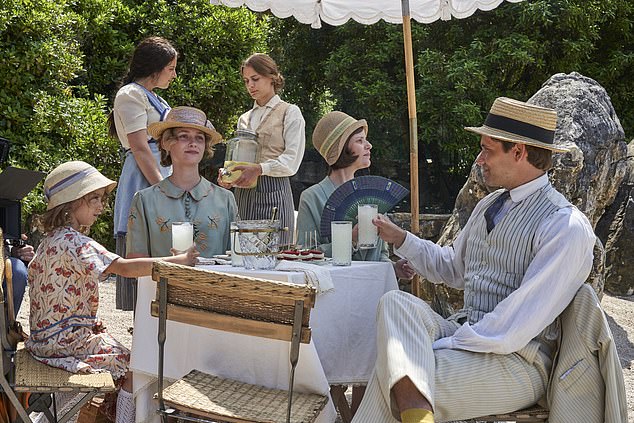 The recipe for a blissful romantic costume drama is to pluck several English roses and place them in an Italian hotel. Hotel Portofino (Britbox) follows this recipe faithfully

Now add as many artistic young men with floppy fringes as required. For a racy splash of homoeroticism, send them skinny-dipping.

Hotel Portofino (Britbox) follows this recipe faithfully. The only element missing is opera — there should be Puccini.

And owing to budget constraints, we’ll have to use our imaginations to conjure the Merchant-Ivory cast of cinema dames and national treasures.

Natascha McElhone takes the role Emma Thompson might have, as Bella Ainsworth who has opened a hotel for English gentlefolk in one of Italy’s prettiest coastal towns, in the mid-1920s. Gin cocktails are a speciality of the house.

The obvious Maggie Smith part is played by Anna Chancellor, who is Lady Latchmere the ferocious aunt… alternately scolding the staff and bullying her niece.

And Claude Scott-Mitchell is the girl so innocent and English she is actually called Rose — a role traditionally given to Helena Bonham Carter. 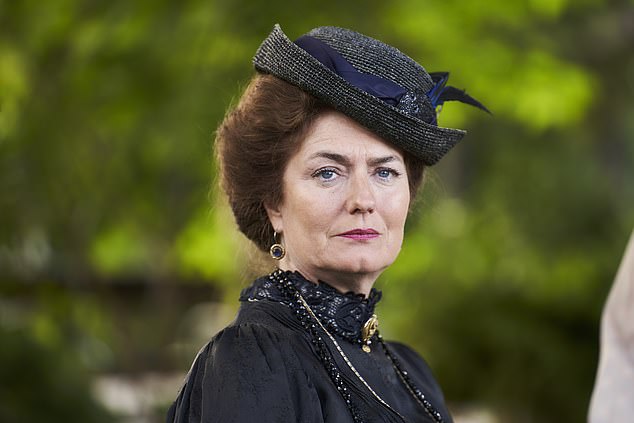 The obvious Maggie Smith part is played by Anna Chancellor, who is Lady Latchmere the ferocious aunt… alternately scolding the staff and bullying her niece

Rose has been brought to the hotel to be married off to lovable Lucian (Oliver Dench), a painter traumatised by his experiences in the World War I trenches.

But there’s a couple of complications — his best pal Dr Anish Sengupta (Assad Zaman) is hopelessly in love with him. So is his sister’s new nanny, Constance (Louisa Binder), though she’s only just laid eyes on him.

Lucian prefers romping with the kitchen maid, who waits for him at night wearing nothing but a bedsheet.

The tone is light and comic, with hints of cosy mystery. There’s blackmail afoot and art fraud, and if somebody gets murdered it won’t come completely as a surprise.

Britbox bosses must be hoping Hotel Portofino will fill the gap left by The Durrells. It has the same Mediterranean charm, with goats in the marketplace and gap-toothed grannies selling fruit from baskets.

It is frustrating that it’s available only on a subscription service. But another Britbox original, last year’s documentary Secrets Of The Krays, arrived on terrestrial telly this week — so the best solution might simply be to wait.

Martin Clunes was uncovering the tragic history of the Hotel Paradiso, not in Italy but on Floreana in the Galapagos, on the final part of his Islands of The Pacific (ITV). 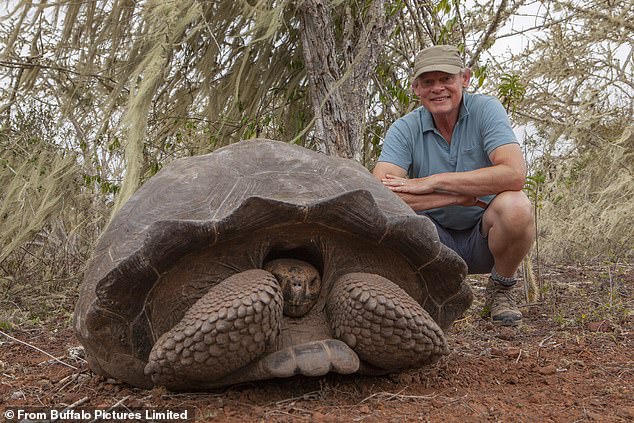 Martin Clunes was uncovering the tragic history of the Hotel Paradiso, not in Italy but on Floreana in the Galapagos, on the final part of his Islands of The Pacific

The hotel was the dream of an Austrian adventuress in 1929, who called herself ‘The Baroness’ and arrived on the island with her two lovers.

Floreana was already home to two groups of European settlers, who didn’t take well to the proposal for tourism.

One day, the Baroness and her boyfriends disappeared. One man’s mummified remains turned up on another island, but the other two were never seen again.

Martin was entranced by the sealions and iguanas that flopped around the dockside, waiting for scraps of fish.

He went snorkelling and joined a conservation project that weighed and measured the islands’ giant tortoises.

With their amiable, wrinkled faces and scrawny necks, the tortoises seemed to like Martin. Perhaps they thought he was one of them.