One of the great anti-Brexit lies is that after we leave the EU, there’ll no longer be sufficient immigrant labour to pick our fruit or wash our hotel sheets.

My Millionaire Migrant Boss (C4) peddled such a load of cobblers as hard as it could. It took four out-of-work Liverpudlians, and had a good laugh at their expense as they went to work for entrepreneur and former refugee Marwan Koukash.

I can’t say I warmed to Mr Koukash. Every time he appeared on screen, he reminded us that everything he owned — the luxury hotel, the racehorses, the mansion — had come from sheer hard work. 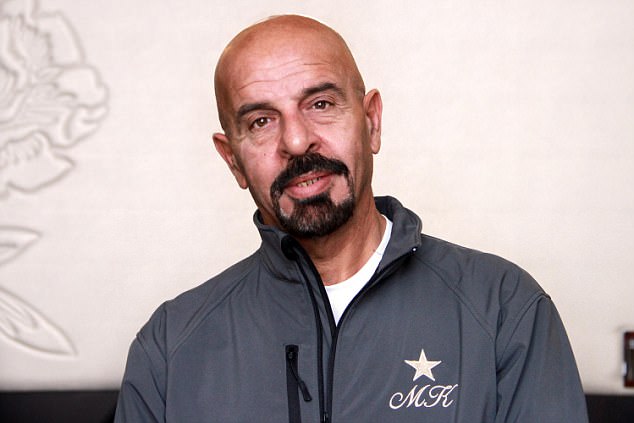 He didn’t once mention the debt of gratitude he owed to Britain, for giving him a haven and a chance to make his fortune. He delivered a cheap swipe, too, at this country: no one comes here for the weather, he said. Charming.

If everyone had his work ethic and self-confidence, he implied, we’d all be bathing in champagne. Perhaps I’m being rather cynical but, the more anyone tells me that he’s wonderful, the less inclined I am to believe it. Call it the Alan Sugar Paradox.

But last night’s reality TV show set up all four candidates to fail, throwing them into challenging jobs and judging them on their first attempts. Joe, 25, was humiliated for being unable to instantly transform himself into a kitchen commis-chef — a skilled position that can take years of training.

Wendy, 49, had tried her hand at everything from making bikinis to selling loft insulation… but when she laughed with embarrassment at her failings as a chambermaid, she was subjected to a barrage of swearing and threatened with the sack.

None of the job hopefuls knew instinctively how to muck out a stables either. For this, they were dismissed as bone idle Brits.

Only one of the four merited any abuse. Georgia, 18, turned up late for work almost every day, and her idea of cleaning a hotel bathroom was to give the mirrors a once-over with a toilet brush. 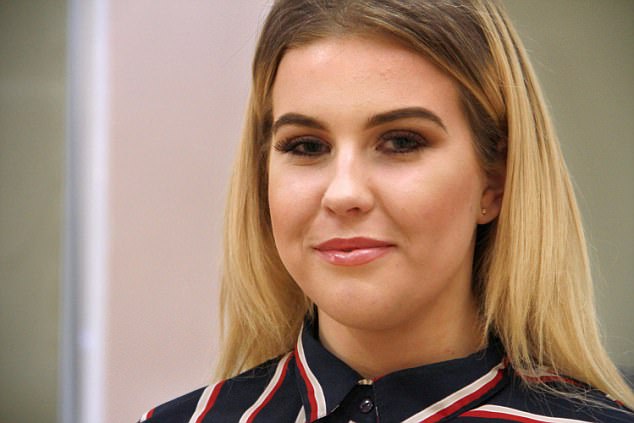 It took four out-of-work Liverpudlians, and had a good laugh at their expense as they went to work for Mr Koukash

When she got the boot, Georgia sobbed that there must be something terribly wrong with her, because she always sabotaged herself.

I’ve got a sneaking suspicion that the producers were encouraging her to play the rebel. Either that or she never fancied working for Mr K in the first place — and who can blame her?

There was no shortage of graft in Restaurant Rescue (C5), as hotel-fixer Alex Polizzi and her brother-in-law Oliver Peyton — a judge from the Great British Menu — set about saving an Italian eaterie, run by a husband and wife at their wits’ end. This format isn’t as immediately appealing as Alex’s hotel show, where she gives a make-over to bed-and-breakfasts so awful that they make Bates’s Motel from Psycho look enticing.

Dark art of the night

Party political broadcasts were once a blot on TV schedules, as Ted Heath or Harold Wilson sat grimly at a desk to explain why the lights kept going out.

But the latest Tory PPB, a repeat, was barely noticeable. How boring.

But the desperate restaurateurs at Riobello, Amanda and Giovanni, were in such deep shtuck that it seemed nothing could save them — and that makes for addictive viewing.

After uncovering her hubbie’s credit card debts, Amanda was ready to quit: ‘It’s either the business or our marriage.’ It didn’t help that they were empty every lunchtime. This wasn’t so much Restaurant Rescue, more Mission Impizza-ble.

Seeing the place full, after Alex and Oliver had suggested some simple changes, was rewarding.

It didn’t take much more than common sense: get some red-and-white chequered tablecloths, and concentrate on fresh produce instead of bewildering diners with 80 dishes on the menu. Bella!