Time will tell. After all, I thought James Corden was mad when he moved to Los Angeles and became a talk-show host, leaving behind a perfectly good career as a perpetual panel-game guest.

Perhaps Joe Lycett is making a brilliant switch as he abandons The Great British Sewing Bee (BBC1) for the sunny uplands of Channel 4.

He has already launched his cheap-and-sarky consumer affairs series, Joe Lycett’s Got Your Back. And next week he takes over from Richard Ayoade as the Travel Man.

No doubt he couldn’t resist the lure of free weekends with minor comedians in Reykjavik and Ljubljana, though he’s picked a funny time to do it, when British tourists in Europe are about as welcome as sprouts among the Quality Street.

His departure means Sara Pascoe lands a plum job at Christmas, presenting a series that is starting to rival Bake Off for popularity. She even has the luxury of a couple of celebrity editions to find her feet. 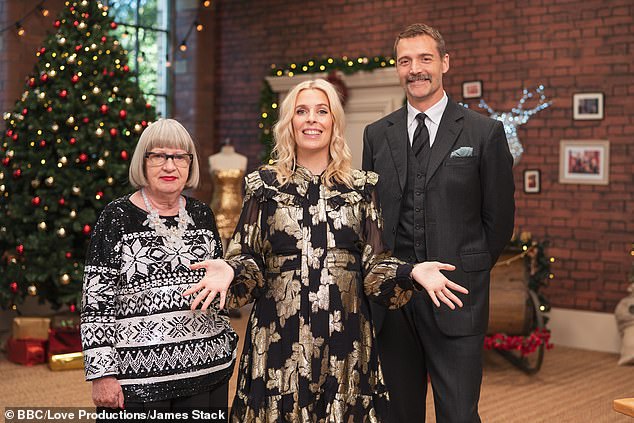 His departure means Sara Pascoe (middle) lands a plum job at Christmas, presenting a series that is starting to rival Bake Off for popularity 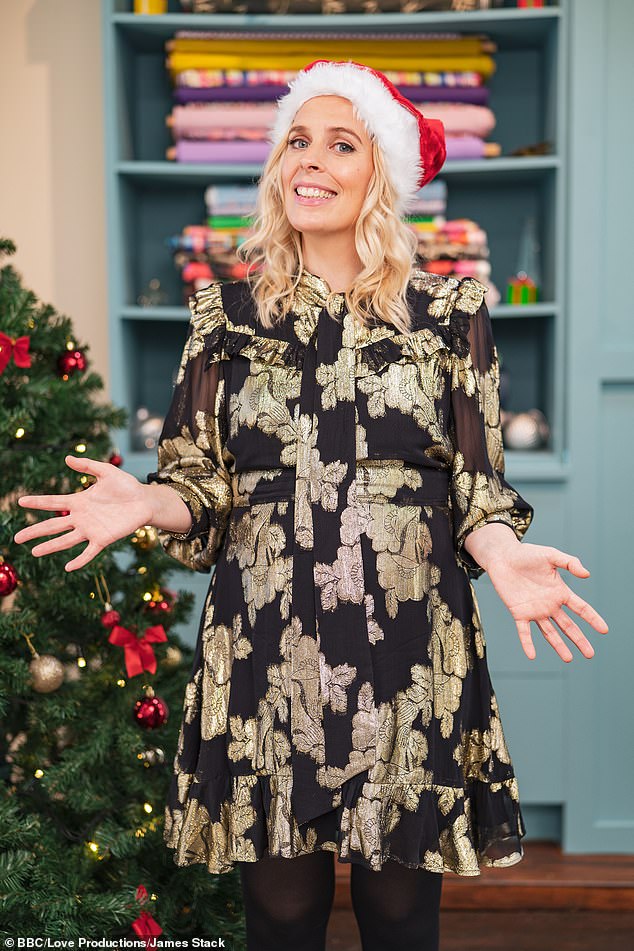 It also means that judges Patrick Grant and Esme Young are confirmed as the show’s real stars.

Patrick has been there since the beginning on BBC2 in 2013, with Esme joining him from the fourth series on.

Their amiable double act — like an indulgent nephew with his favourite auntie — is the mainstay of each episode.

Three of the four celebs looked as if they had never seen a sewing machine before. Coronation Street’s Antony Cotton, whose mum Enid was a haute couture dressmaker, did know his way around a pattern but couldn’t hide a ferocious competitive streak.

He needn’t have tried so hard. He was bound to win, simply by using a needle and thread instead of a staple gun like the laidback, and very funny, Kiell Smith-Bynoe.

Anneka Rice tried to get away with making a punk fancy-dress costume for an angel, without risking any stitches and simply tying it together.

‘I think you have to be lashed into it by a significant other,’ remarked Patrick.

The Rev Kate Bottley produced the garment I’d most like to find under our tree, a sweatshirt with a cartoon of Jesus in a manger, looking more like a pancake in a frying pan.

One sleeve was already starting to fall off. Patrick waggled his finger in the split seam.

‘I think this is the holiest jumper we’ve ever had,’ he joked. Puns like that are what make the Sewing Bee TV’s gentlest contest, a pleasure at any age.

The outfits at Madame Tussauds’ costume warehouse in Acton, West London, have not been thrown together in a couple of hours with a sewing machine.

Acres of racks are hung with original costumes, once owned by the truly famous, we discovered on a tour in Madame Tussauds: The Full Wax (ITV). 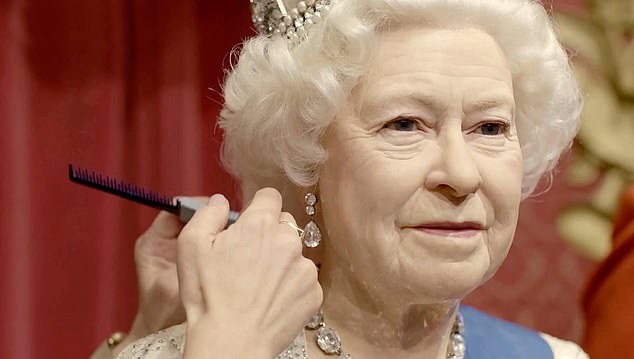 The outfits at Madame Tussauds’ costume warehouse in Acton, West London, have not been thrown together in a couple of hours with a sewing machine 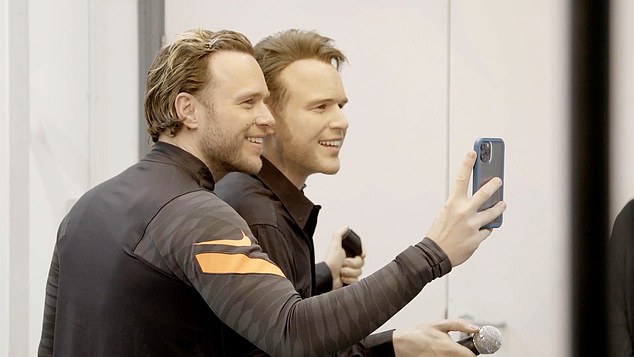 The real fun of the waxworks, though, is not how lifelike they are but how silly it is to see them all together

Ayrton Senna’s racing overalls hung next to Albert Einstein’s suit, all part of the museum’s commitment to realism.

That includes the murderous Dr Crippen’s own spectacles, now coming out of storage as the Chamber of Horrors is reopened, and the blade of the guillotine that beheaded Marie Antoinette in 1793.

The real fun of the waxworks, though, is not how lifelike they are but how silly it is to see them all together.

The image of David Bowie and Judi Dench getting the once-over with a feather duster is delightful.

‘Being a waxwork in Madame Tussauds is like getting knighted, it’s fabulous,’ said Craig Revel Horwood, who was openly in love with his model.