CHRISTOPHER STEVENS: Shakespeare as a Corbynista?

The emblematic word in our easily offended era is ‘mansplaining’. It’s when a male, probably white and middle-aged, pompously explains something to people who already understand it very well. I’m doing it now.

Ben Elton’s Shakespearean sitcom Upstart Crow (BBC2) is guilty of ‘funsplaining’. Every situation and gag is laboriously signalled in advance, and analysed in depth afterwards.

This isn’t so much a comedy, more a weekly undergraduate caper around on the mechanics of Elizabethan humour and its relevance in the 21st century.

As it returned for a third series, the Bard (David Mitchell) was deconstructing the comic tropes of his Midsummer Night’s Dream for puzzled Globe Theatre actors. 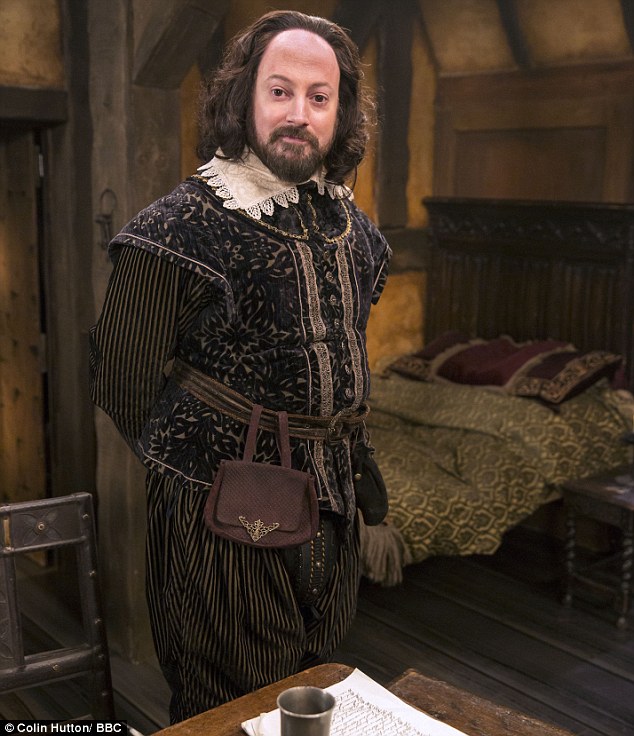 Whole chunks of the dialogue could be lifted from the students’ guide York Notes, with a few smutty jokes in mock-Tudor couplets chucked in. These are based on Elton’s conviction that any word rhyming with ‘uff’ is unfailingly funny.

Getting a girl pregnant is ‘knocking her up the muffly duffington’. Scared yokels ‘wet their puffling pants’.

Elton’s other running gag is that, though human nature never changes, feminism would seem ridiculous to Shakespeare and his pals. When the landlady’s daughter Kate (Gemma Whelan) points out that mischievous fairy Puck, in the Dream, is a sex abuser who drugs his victims, Will is incredulous.

An earnest discussion about female sexual consent ensues. Then it’s time for a crude pun —‘You never forget your first Puck’ — and it’s on to the under-representation in literature of the FSNEP community: fairies, sprites, nymphs, elfs and pixies. 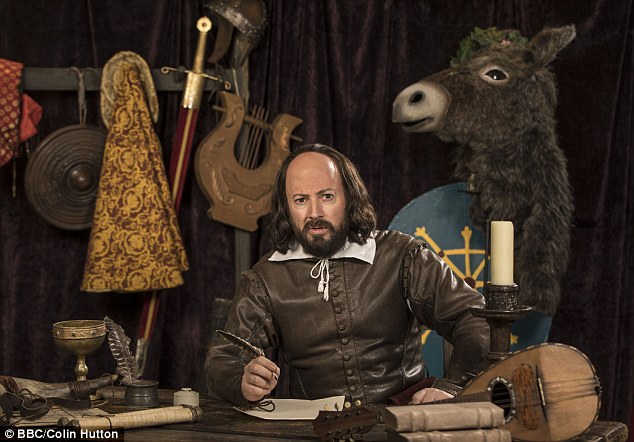 Whole chunks of the dialogue could be lifted from the students’ guide York Notes, with a few smutty jokes in mock-Tudor couplets chucked in

Nobody mentions the double meaning of ‘fairy’. That wouldn’t be politically correct.

Later on, there’s a bit of gratuitous Corbynism, as Will imagines a public transport system run by the State, ‘for the benefit of all and the profit of none’.

It’s no surprise that Elton is a fan of Jeremy C. He famously loathed Margaret Thatcher, and he lives in Australia, which ought to be a safe enough distance if Corbyn ever becomes PM.

The final scene of Upstart Crow always has Will and wife Anne (Liza Tarbuck) smoking their pipes by the fire and discussing the week’s plot. It’s like the summary at the end of a schoolboy essay: ‘In conclusion, I think that . . .’

Yet, there are laughs. I always groan as the twee penny whistle pipes up at the opening of Upstart Crow, but I know there will be chuckles, if just at Harry Enfield’s cameo and Mitchell’s high-speed verbosity.

Like so much current BBC comedy, it’s hardly sparkling, but it’s watchable.

Shop Well For Less (BBC1) adroitly avoids the pitfall of mansplaining by having two female presenters.

When Alex Jones and Steph McGovern start scolding families for flushing away hard-earned cash, they sound like they know what they’re on about. Often, the advice is crashingly obvious. According to them, it’s cheaper to take a ferry to a Normandy campsite than to fly to Majorca for an all-expenses-paid hotel holiday — well, whodathunkit?

But the Ingram family of South Wales did have some shockingly expensive shopping habits. ‘I go for the brand names,’ said Nan, succinctly.

Steph and Alex added up that this was costing the family, with their two sets of twins aged 19 months and six months, a packet — £7,000 in wasted housekeeping.

Sums like that are enough to make us re-examine our own supermarket receipts. And that can’t be a bad thing.