CHRISTOPHER STEVENS:A riotous sitcom with the funniest man on telly . . . what’s not to love?

There may be a funnier comedian on television than Lee Mack but, if there is, I want to hear about it. As a writer, sitcom star and panel game wit, he’s beyond the reach of any competition.

Fans of his spontaneous tall-story quiz, Would I Lie To You?, know it doesn’t matter who the weekly guests may be, or whether co-stars David Mitchell and Rob Brydon are on form. 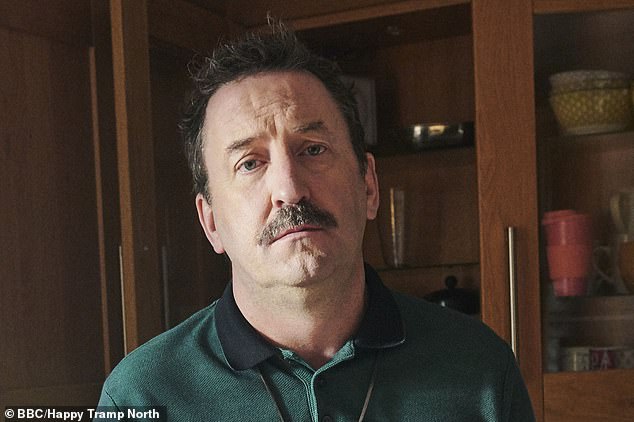 There may be a funnier comedian on television than Lee Mack but, if there is, I want to hear about it

He combines the surreal imagination of Tommy Cooper with the whiplash speed of Bob Monkhouse. Comics who attempt to compete are left breathless.

His trad family comedy Not Going Out, which has been running since 2006, has evolved to the point where he films fresh episodes only when he hits on new torments the characters have never experienced before — getting trapped in a haunted house, for instance, or going skydiving without enough parachutes.

What his hyperactive comedy mind requires is another outlet — and he might have found it in Semi-Detached (BBC2), a suburban sitcom about a man having a huge mid-life crisis.

The 20-minute pilot first aired 18 months ago but resurfaced last night to herald a full series, launching in early August.

Mack stars as Stuart, a bloke whose first marriage has fallen apart and whose second marriage hit him like a runaway bus.

New wife April (Ellie White) is terribly posh, frightfully New Age and 20 years his junior. And she’s having a baby . . . right now, on the lawn of their new-build semi, on a cul-de-sac somewhere in the Home Counties.

Wife No 1 (Samantha Spiro) is living across the road with an insufferable show-off. The people next-door are either having screaming rows or noisy sex, all too audible through the thin walls.

Stuart’s brother is wanted by the police. And their Dad (Clive Russell) is upstairs, with an inexplicable Scottish accent and a strange man in his bed — he’s just discovered soft drugs and gay sex.

This isn’t the character sitcom of Not Going Out. It’s all about the situation — like opening a cupboard and being hit by a stack of falling saucepans . . . and a rucksack, a full set of encyclopedias, an Army boot, a box of coloured ping-pong balls and an ironing-board. And then a bowling ball. 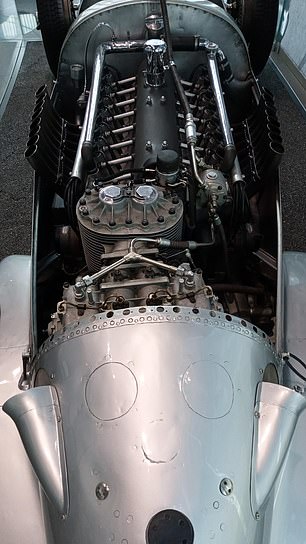 Hitler’s Supercars (C4) explained the Fuhrer got bored with motor racing and invaded Poland instead. An Auto Union engine is pictured above

For sheer speed, it could be matched only by the T80 — an experimental racing machine designed by Nazi technicians in 1939 to shatter the land speed record that (to Berlin’s fury) was held by a British driver.

Shaped like a rocket and powered by an engine that dwarfed today’s F1 cars, the T80 was never built.

Hitler’s Supercars (C4) explained the Fuhrer got bored with motor racing and invaded Poland instead.

Eighty years on, the T80 was finally tested, via a computer simulation.

The verdict was that the engine had the power to smash the speed record — but aerodynamic flaws meant the car would lift off, nose first, and flip over like a playing card.

For fans of racing history, this hour-long film was filled with grainy news footage of sleek and beautiful cars, like drawings from a boys’ comic book.

But there were too many contributions from excitable historians, and not enough detail about the playboys who drove the machines — such as Nazi superstar Bernd Rosemeyer and the Jewish Algerian prodigy Guy Moll. What a movie their rivalry would make.

Beach boys of the weekend: Surfing used to be as simple as Elvis in flowery swimming trunks. French supernatural drama The Last Wave (BBC4) gives it a different spin, with superpowers and magic. But don’t worry . . . there’s still lots of teen romance.