Church of England vicar incinerated himself with petrol

The Rev Martyn Neale, 60, a member of the General Synod, was found dead at his rectory in the village of Hawley, Hampshire, by his sister Janis Chandler on July 25

A Church of England vicar incinerated himself with a can of petrol while being investigated for historic sex offences, an inquest heard today.

The Rev Martyn Neale, 60, a member of the General Synod, was found dead at his rectory in the village of Hawley, Hampshire, by his sister Janis Chandler on July 25.

His body was discovered just eight days after he was initially arrested by the Metropolitan Police regarding historic sexual offences committed 20 years ago.

North East Hampshire Coroner Andrew Bradley today said the allegations against Mr Neale had ‘clearly weighed on him’ regardless of whether they were true or not.

A post-mortem found his body was covered in ‘near-total third degree burns and blackening by soot’. He could only be identified by dental records.

The inquest heard Ms Chandler had arranged the previous evening for Mr Neale to pick her up so they could spend the day with their parents.

After trying to contact him during the day, she went to find her brother at Hawley Vicarage at around 4pm.

She said: ‘I have a key, so I let myself in after getting no answer on the doorbell.

‘I went in. He wasn’t there so I had a look around. His cars were parked outside. I noticed that the back door was unlocked as the chain was dangling.

‘I went into the garden and, as I turned right, I saw the petrol can.

‘I walked further and I just saw something on the ground that was burned. I was not sure at first, but I realised it was a body when I got nearer.

‘I could see it was a body because there was a face and it was face down.’ 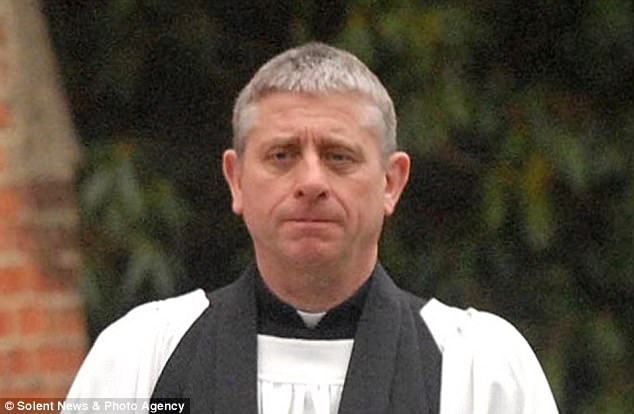 Ms Chandler contacted the police who attended the scene.

She said her brother would ‘help anyone’ and they were ‘a very close family’, seeing each other almost every day.

Friends described Father Neale as a ‘quietly-spoken but caring’ priest who had worked as the vicar for Hawley, in the Diocese of Guildford, for 20 years.

Father Neale became a member of the Church’s ‘parliament’, the General Synod, earlier this year and recently attended his first meeting in York. A prominent traditionalist, he was a council member of the pressure group Forward in Faith, which opposes women priests.

Detective Constable Matt Deery, of Basingstoke CID, told the inquest at Basingstoke Coroner’s Court that Mr Neale was arrested and interviewed on July 17 in connection with historic sexual offences.

DC Deery said Mr Neale was released without charge on unconditional bail following the interview, but said there was ‘an ongoing investigation’ still underway.

Ms Chandler said her brother ‘had not spoken’ about the allegations against him but said she knew he had been suspended by the Church. 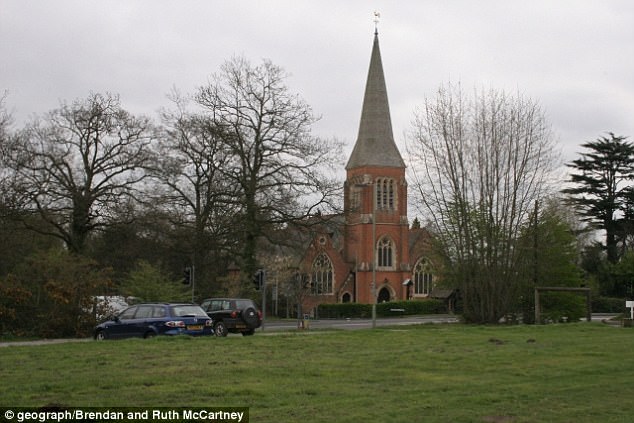 Pictured: Hawley Vicarage in Hawley, Hampshire, where the Rev Martyn Neale set himself alight while being investigated over alleged historic sex offences

Coroner Mr Bradley said Mr Neale ‘effectively incinerated himself’ in his garden against the backdrop of alleged sexual offences.

He added: ‘I do not and cannot look at these other than as allegations made. The relevance of them is that they have been made.’

He said: ‘Whether the allegations are true or false is not a matter for me, but they have been made and they clearly weighed on him.

‘It is a straightforward matter, but of a tortured soul.

‘He was under investigation for historic sexual offences. I merely note this as a relevant factor.

‘The verdict I enter is that he killed himself.

‘Please accept my sympathy. It is a matter of such sadness. As much as one may sensationalise it, this is a personal loss.’