Churchill’s letter written in 1945 to schoolgirl is found

A teacher was stunned after he asked pupils to bring in items from the war as part of a history project and one turned up with a letter signed by Sir Winston Churchill.

Richard Baldock had asked the children – aged between seven and eight – to try and find items at home which dated back to the Second World War.

But he was amazed when one youngster at Edward Richardson Primary School in Horncastle, Lincolnshire, brought in a note from the wartime prime minister dating back to 1945.

The pupil’s grandmother had contacted the Prime Minister on May 8 that year when she was an eight-year-old girl thanking him for his role to end the war. 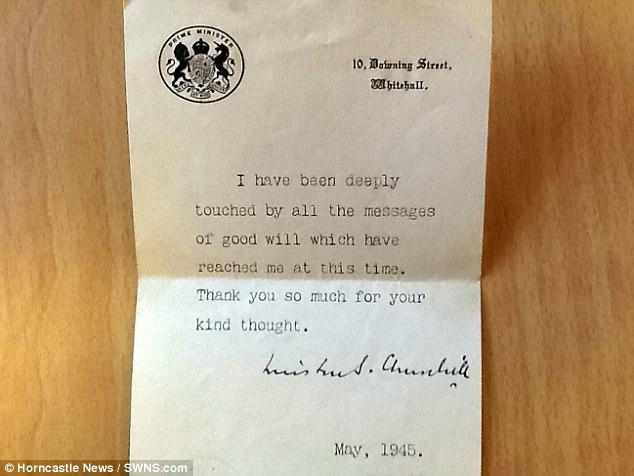 Churchill then replied with a typewritten letter from 10 Downing Street, including the seal of the Prime Minister’s office.

It read: ‘I have been deeply touched by all the messages of goodwill which have reached me at this time.

‘Thank you so much for your kind thought.’

Mr Baldock, who teaches Year 3 pupils, said: ‘As far as we can tell the signature appears genuine.

‘There’s quite a story behind the letter. Perhaps he received hundreds of similar letters, especially as it was the end of the war.

‘However, the fact this one was sent to an eight-year-old girl and appears to be signed by Churchill himself is amazing. 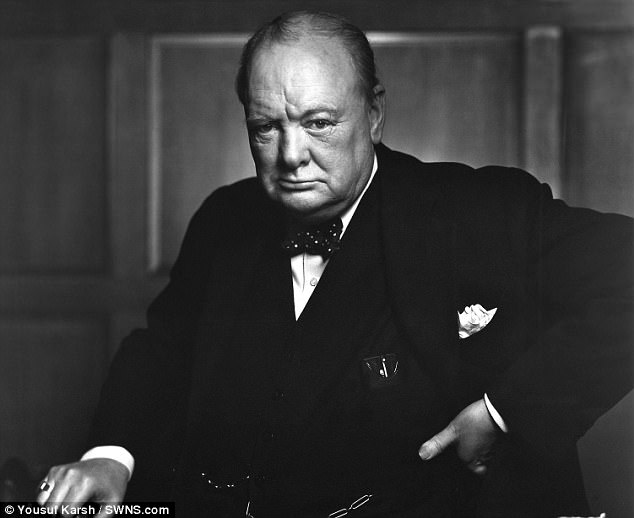 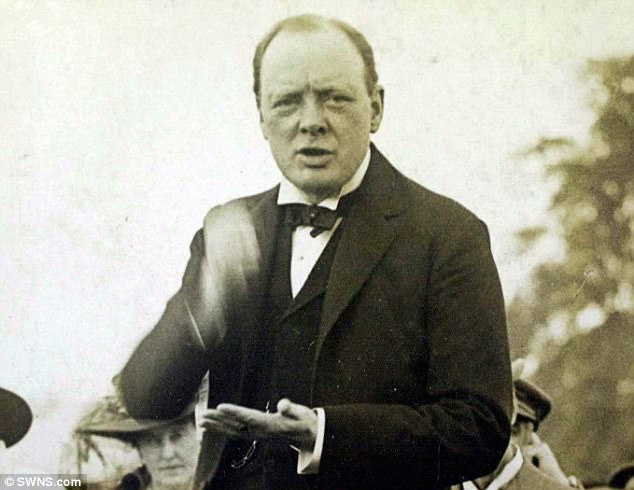 ‘The letters are very much written in the style of that time.

‘We’ve also had a letter from someone who owned a fishing boat that was commandeered as a minesweeper during the war.

‘The children have also brought in a very impressive collection of medals.

‘There’s lots of other memorabilia. We’ve had two or three helmets and a few other items of uniform, all kinds of things.

‘It’s amazing the interest the children have shown. It’ll take time to sift through everything.’