The director of the Central Intelligence Agency made a previously-unannounced trip to Saudi Arabia last month where he met with Crown Prince Mohammed Bin Salman (MBS), it was reported on Tuesday.

CIA Director Bill Burns’ visit to the city of Jeddah occurred in mid-April, the Wall Street Journal reported, during a period marked by critically low relations between the Saudi and American governments.

It also happened a month after reports emerged that President Joe Biden is considering a trip to Riyadh to meet with the nation’s de facto leader, who the president previously condemned for ordering the murder of Washington Post journalist Jamal Khashoggi.

Biden greenlit the public release of a US intelligence report last year that claimed MBS orchestrated and approved the plan for Khashoggi’s 2018 killing.

And on the presidential campaign trail, Biden promised to ‘make them pay the price’ over the kingdom’s human rights abuses.

It’s a sharp departure from the Trump administration’s considerably warmer relations with the Saudis, including a personal friendship between Donald Trump’s son-in-law and senior White House adviser Jared Kushner and the Crown Prince that led to accusations of the Republican administration overlooking the regime’s wrongdoings. 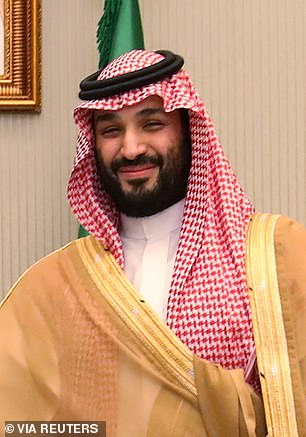 Russia’s attack is reportedly one of the central topics that came up during Burns’ meeting with MBS in April.

The Crown Prince and the US’s top spy also allegedly discussed the war in Yemen and ongoing talks to revive the Iran Nuclear Deal.

‘It was a good conversation, better tone than prior U.S. government engagement,’ an official told the Journal.

DailyMail.com has reached out to the CIA and the White House for comment. 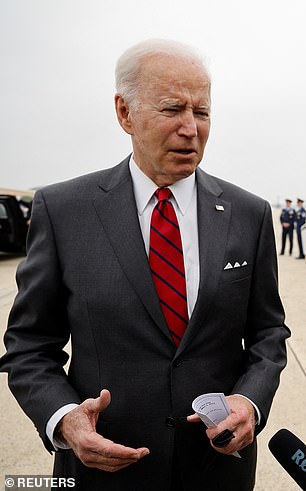 As a State Department official under the Biden administration, Burns helped lead the talks that led to the original Joint Comprehensive Plan of Action (JCPOA) limiting Iran’s nuclear proliferation.

Trump withdrew from the JCPOA when he took office.

Burns is not the first Biden official to visit Saudi Arabia, after a disastrous trip by National Security Adviser Jake Sullivan in September 2021.

A former National Security Council official said the Biden administration was likely shopping within its ranks for an official the Saudis will warm up to.

‘They’re looking around for where the relationship is strongest and engaging there,’ Atlantic Council nonresident senior fellow Kirsten Fontenrose is quoted as saying in Tuesday’s report.

Part of the reason the US is looking to mend the relationship is because of concerns that Saudi Arabia could be a powerful ally to Russia at a time when the West is trying to isolate the Eastern European energy producer over its brutal war.

Biden banned importing Russian energy earlier this year in a bid to cut off the Kremlin’s main source of war funding.

In March the White House denied a report that MBS snubbed a phone call from Biden just one week after speaking with Russia’s autocratic leader Vladimir Putin.

‘The president did speak with the Saudi king just a few weeks ago, several weeks ago, so it’s all running together at this point in time,’ White House press secretary Jen Psaki said at the time, referencing a February call between Biden and MBS’s father.

She said claims that MBS — who largely runs the kingdom on his father’s behalf — rebuffed Biden were ‘inaccurate.’

The Journal had reported MBS ignored the president’s request over his disapproval of Saudi Arabia’s involvement in Yemen, where Saudi-backed fighters are in a bloody clash with rebels armed by Iran.

And less than a year earlier, a meeting between the Saudi de facto leader and Biden adviser Sullivan ended with MBS shouting at the US official over the issue of Khashoggi’s killing.

MBS reportedly told Sullivan to never bring it up to him again. He’s denied any involvement in the killing.