An ambitious CIA plot to snare Osama Bin Laden by harvesting his children’s DNA through a fake inoculation drive has fuelled vaccine hesitancy in Pakistan, experts have claimed.

A Warwick University study has claimed the 2011 operation led to a decline in overall vaccine rates by up to 40 per cent the following year.

The ruse saw free hepatitis B vaccines offered to children living near a compound in Abbottabad, where US intelligence had placed the former Al Qaeda leader.

A local doctor was recruited to make the programme look authentic — but the real goal was to try to confirm that Bin Laden was hiding in the region by obtaining a DNA match.

The CIA already had DNA from Bin Laden’s sister, who died in 2010, and were hopeful of getting a sample to compare it with from any of the terror chief’s children.

News of the plot emerged shortly after a US military special operations unit killed Bin Laden on May 2, 2011. It was seized upon by the Taliban and used to fuel conspiracy theories discrediting official public health programmes.

As a result, many local leaders began urging people not to inoculate their children, according to Warwick researchers.

Their analysis of national records discovered between a fifth and 40 per cent fewer Pakistani children in districts where extremist political parties were popular were given a polio or measles vaccine by 2012.

Vaccine hesitancy appears to still be widespread in Pakistan, which is one of only three countries in the world where polio has not been eradicated.

The findings are relevant because high vaccine uptake is considered the only way to end the global Covid pandemic. Pakistan is currently suffering a surge in the virus, possibly as a result of a deadly outbreak in India spilling across its borders.

Daily cases in Pakistan have reached a seven-day average of 5,500, fives times more than in February. But a lack of testing capacity means infections are highly likely to be a vast underestimate.

Just 3.3million Pakistanis have been vaccinated against the virus out of a population of more than 216m.

A CIA plan to find high-profile terrorist Osama Bin Laden (pictured) involved getting a local doctor in Pakistan to vaccinate people in a compound where they thought he was living, to see if they could find DNA samples to prove his family members were there 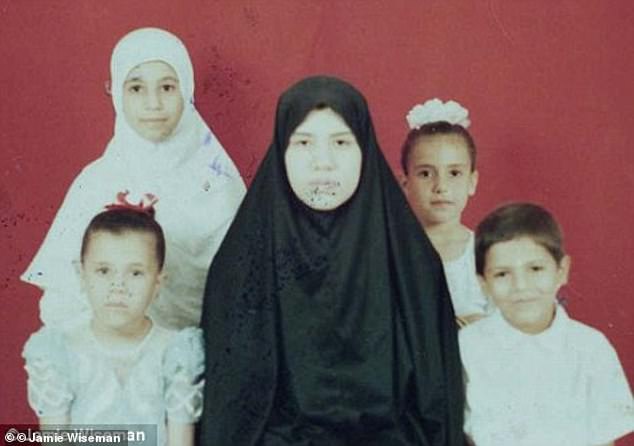 The CIA scheme was designed to target Osama bin Laden’s children, some of whom are believed to be in this picture with his second wife 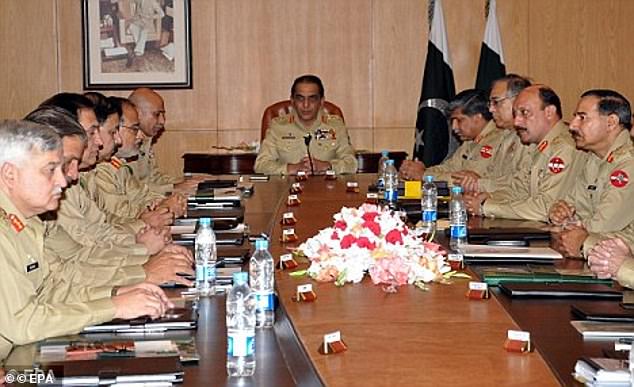 Pakistani army chiefs are pictured in a meeting in 2011 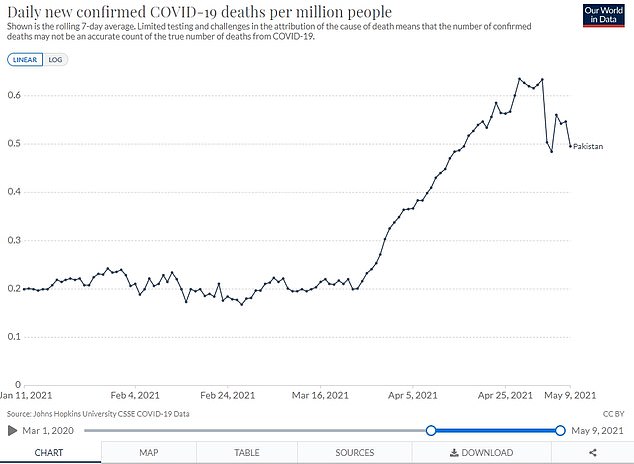 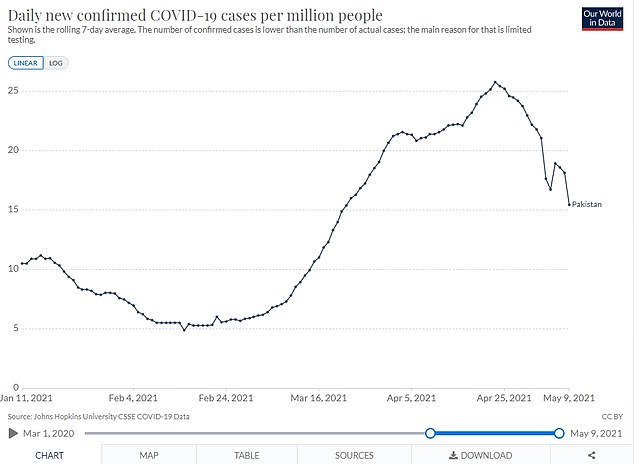 For the study, researchers used data from a national survey on vaccination rates among children born between July 2010 and July 2012.

More than 70,000 households take part in the Pakistan Social and Living Standards Measurement survey every year.

Their estimates found uptake for the polio, DPT, or measles vaccine declined by between 23 and 39 per cent in districts where extremist parties were popular.

Warwick researcher Andreas Stegmann, one of the paper’s authors, said: ‘The empirical evidence highlights that events which cast doubt on the integrity of health workers or vaccines can have severe consequences for the acceptance of health products such as vaccines.

‘This seems particularly relevant today as public acceptance of the new vaccines against Covid is crucial to address the pandemic.’

Britain’s vaccination drive was given another boost last night as yet more real-world data revealed the jabs are saving thousands of lives.

Public Health England analysis suggested one dose of AstraZeneca’s vaccine cuts the risk of death by around 80 per cent.

Two doses of Pfizer’s jab slashes the odds by around 97 per cent, academics calculated.

Health Secretary Matt Hancock hailed the data, saying the evidence was ‘clear’ that vaccines protect against the ‘awful disease’.

PHE estimates at least 10,000 lives have been saved by the vaccine programme so far.

One in three adults — almost 18million Britons — are now fully vaccinated, while infections, hospitalisations and deaths have all plunged to levels seen last summer when the virus was firmly in retreat.

CIA agents are believed to have concocted the vaccination drive after tracking a courier to Bin Laden’s compound in the city of Abbottabad in the summer of 2010.

Agents monitored the compound but wanted to know for sure that Bin Laden was inside before mounting a risky full-blown attack.

They allegedly recruited senior doctor Shakil Afridi to organise the jab drive and had begun in a poorer part of town to make it look more authentic.

Medics and low-ranking local government health workers are said to have been paid off to run the programme and put up posters advertising the project.

Local health visitors had administered polio drops to some of Bin Laden’s children in the past.

It is not entirely clear how nurses would extract DNA samples from the children, but they could have been trained to withdraw blood in the needle after giving the vaccine.

News of the CIA operation first emerged in Britain’s The Guardian newspaper shortly after Bin Laden was killed.

It is unclear if DNA samples were ever obtained. Scientific American reported that the operation ‘apparently failed’.

Meanwhile, Pakistan has recorded a total 854,240 infections and 18,797 deaths from Covid so far and is currently in the midst of a second wave of the disease.

While official daily infection numbers remain low, between 4,000 and 5,000, the country conducts only around 40,000 tests a day – a fraction of its near-220m population.

Pakistan has seen a daily death toll of more than 100 in recent weeks.

Officials are worried the strained healthcare system could reach a breaking point if more contagious coronavirus variants begin to spread, as has happened in India.

Currently the Covid variant first discovered in Kent in England accounts for up to 70 per cent of infections across Pakistan.

The Indian variant has not yet been detected in Pakistan, but experts say it is because Pakistan does not yet have the technology to pick up on the new strain.

Most agree the variant is likely already spreading within the country.