Cilliers’s wife claims he barely visited her in hospital

The wife of an Army sergeant accused of tampering with her parachute claimed her husband barely visited her in hospital after her fall and refused to say he loved her.

Victoria Cilliers also told police in a video interview shown to Winchester Crown Court of her shock after she found out the cause of the near-fatal jump at the Army Parachute Association at Netheravon, Wiltshire, on Easter Sunday in 2015.

Her husband Emile, of the Royal Army Physical Training Corps, is accused of her attempted murder by removing two slinks from her reserve parachute – vital parts which connect the harness with the lines. 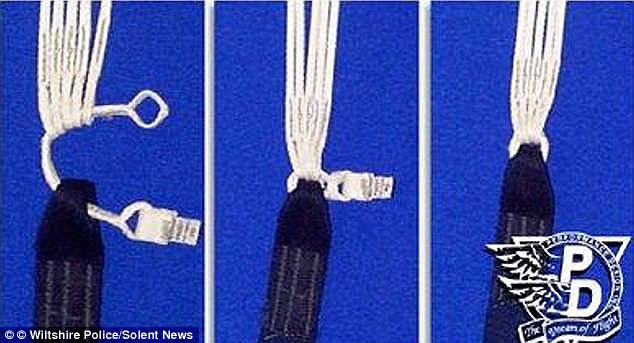 Mrs Cilliers said her husband did not come to see her very often as she recovered in hospital from major surgery after the fall.

Mrs Cilliers said that following her discharge from hospital: ‘I came home and just cried. We just sat in silence that night, I couldn’t stop crying.’

The 42-year-old told detectives in the interview recorded in May 2015 that she believed her fall was not a mistake.

‘Those slinks do not just disappear, even when wrongly assembled. I shouldn’t have survived that and that was a real shock which I was finding it pretty hard to deal with.’ 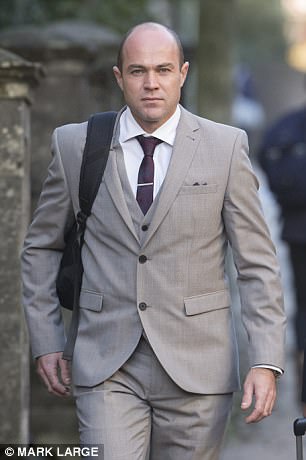 Cilliers is accused of tampering with his wife’s parachute by taking it with him to the hangar toilets, where he allegedly twisted the lines of the main parachute and removed the slinks from the reserve.

Mrs Cilliers said she had been talking with friends for ‘five to 10 minutes’ while her husband was with the parachute.

In an earlier interview she told police he had been ‘one or two minutes’, but in court Mrs Cilliers said she had exaggerated the ‘timescales’ in the second interview in order to ‘get back at him’.

The physiotherapist said their marriage began to deteriorate in November 2014 when her husband went on a ski trip with the Army during which he stopped saying that he loved her.

Mrs Cilliers said: ‘He came back very different and sat down and said he didn’t want to be in this marriage and “I think we got married too quickly”.’

She said she was ‘devastated’ and became suspicious of her husband when he went on an impromptu New Year trip to Germany and also started sending ‘inappropriate messages’ to other women.

She said: ‘I didn’t even get a ‘happy new year’ text, I was waiting up hours.’

She said she also found a receipt for a meal at a Nando’s restaurant when he said he had been at the Army mess.

She said: ‘I love the guy and our marriage and our family and I had been asked to wait, heavily pregnant, not knowing if he was going to stay with us. It’s hard at the best of times, let alone heavily pregnant.’ 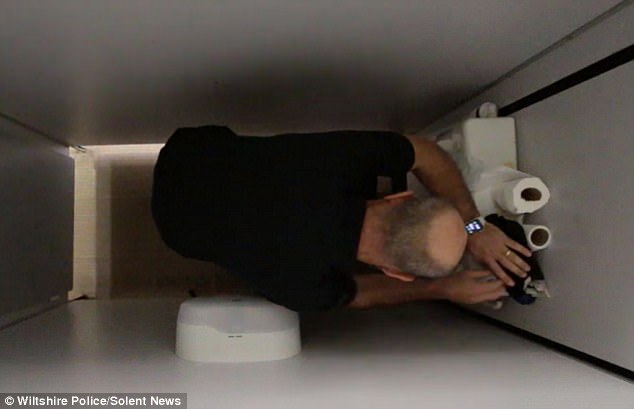 Mark Bayada, the Army Parachute Association (APA) chief instructor at Netheravon, an expert witness for the prosecution, carried out a filmed demonstration using two different parachutes and took five minutes to carry out the sabotage 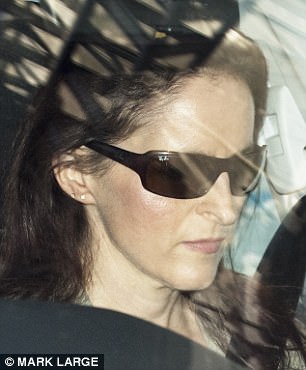 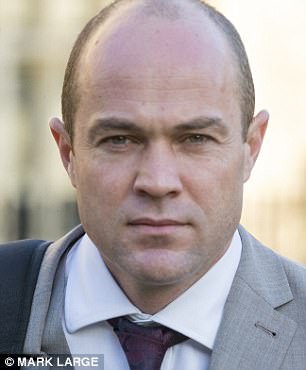 She added: ‘I was scared, panicky, everything seemed to be going massively pear-shaped and I didn’t really understand why, I didn’t understand what I had done wrong.’

Mrs Cilliers said the couple had an argument about him smoking in her car and said: ‘The look he gave me was incredible. He looked absolutely livid, almost blank look; I haven’t seen that sort of expression before.’

She added: ‘I felt like I was living on a timebomb, not knowing if at any point he might turn around and say “I’m off”.’

Mrs Cilliers said she had been in a relationship with the defendant for about six years and married for around four years prior to the fall.

She said they met when ‘we worked in the same gym, he was a physical training instructor and I was a physio in the gym. I got to know him a bit better because he had a skiing accident and I treated him for a while’.

Mrs Cilliers said they had a post-nuptial agreement because she had bought their home in Amesbury, Wiltshire, using money she inherited from her grandmother.

She said she had changed her will to remove Cilliers as a beneficiary because he was not good with money and she wanted to provide a secure financial situation for their children.

Mrs Cilliers said she had loaned her husband money early in their relationship to pay off debts but he had continued to build up an overdraft and took out loans on their joint account. 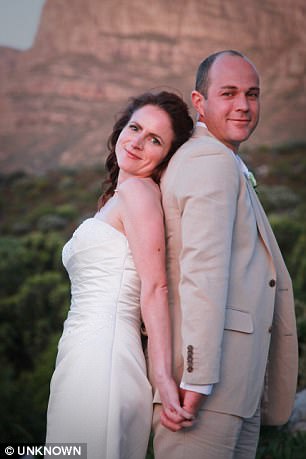 Cilliers and wife Victoria on their wedding day in South Africa

She said he had paid for his New Year trip to Germany, including a road trip to Berlin staying in a ‘nice hotel’, using 500 euros from her money.

Mrs Cilliers added that after the accident she was due to receive an insurance payout which she said her husband wanted to use to pay for a trip to South Africa and for his car to be serviced.

She said: ‘It made me angry. I wanted to used the money to stay at home with the children and recover and not pay for his car to be serviced.’

She said she became concerned about his marital fidelity after she saw he was getting messages from women and also received messages about a sex club ‘that pops up at different locations’.

Mrs Cilliers said the messages ‘didn’t seem appropriate from other women, some of his comments didn’t ring true, he started not wearing his ring.

‘He was constantly on his phone, it was ridiculous, I wasn’t allowed anywhere near it; he even took it to the toilet, which made me suspicious.’

She added that he would go out late at night to act as a ‘taxi service’ for a friend ‘staying out late’ and she had found condoms in the house and car.

The trial was adjourned until Monday.