Is Fiona for the Chiefs or 49ers? Cincinnati Zoo’s beloved hippo VOMITS lettuce as she makes her annual pick for the Super Bowl

The Cincinnati Zoo’s celebrity hippopotamus has made her 2020 Super Bowl prediction in the most unorthodox manner.

The big game between the Kansas City Chiefs and San Francisco 49ers is scheduled for Sunday, but Fiona made her choice on Thursday afternoon.

A zoo worker placed two buoys with the teams’ logos in front of the young hippo, the idea being that she would pick a team using her snout. 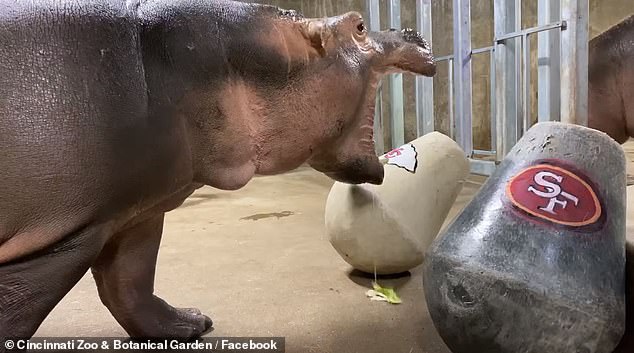 But because the animal had just had her lunch, she then ended up vomiting lettuce all over the Kansas City Chiefs.

Make of that what you will, but the hippo has a 50 per cent accuracy rate.

Fiona managed to predict a win for underdogs, the Philadelphia Eagles, to beat the New England Patriots in 2018, but lost her bet against Pats, instead picking the Los Angeles Rams to win in 2019’s game.

The hippo, who was born prematurely, just celebrated her third birthday last week and weighs more than half a ton. 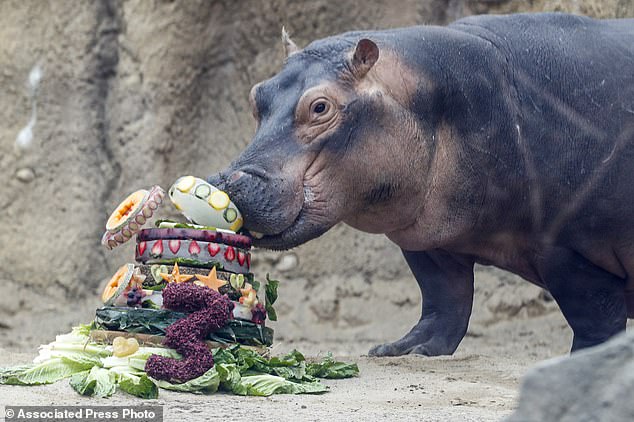 Fiona, a Nile Hippopotamus, celebrated her third birthday last week and weighs more than half a ton. She is pictured eating her specialty birthday cake 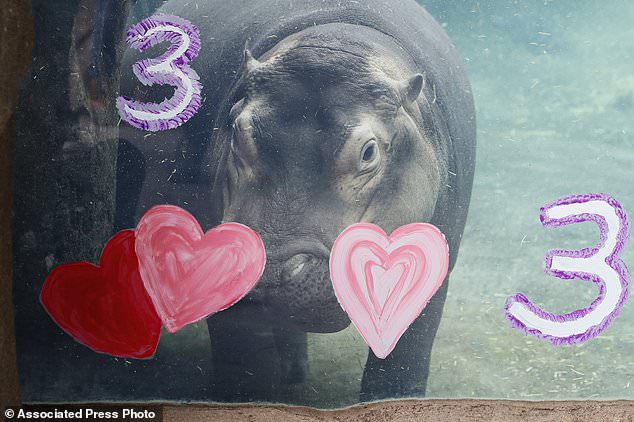 Cincinnati Zoo say has Fiona become something of an ambassador for her species and a testament to the zoo workers who worked tirelessly to save her.

‘Fiona won the hearts of Cincinnatians when she fought to survive after being born six weeks early and terribly underweight,’ Cincinnati Zoo director Thayne Maynard said.

‘Three years later, people all over the world are still crazy about this normal, healthy hippo.’ 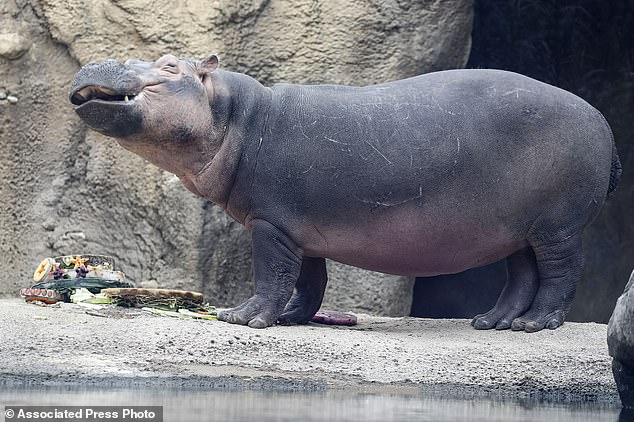 Fiona was born prematurely and weighed just 29 pounds. The normal range is 55 to 120 pounds for such a species. She had made up for it and  clocks in at 1,300 pounds. 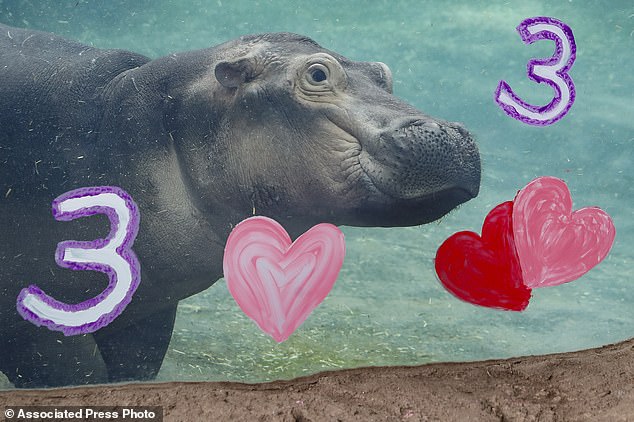 The Cincinnati Zoo used her third birthday as a way to raise money for Australian wildlife affected by the recent bushfires. Instead of sending birthday gifts, the zoo is asked people to buy T-shirts that will directly benefit the Bushfire Emergency Wildlife Fund