Film lovers face a very different experience when they return to cinemas on July 4, with empty seats for social distancing, a ban on pick and mix, staff in PPE and old movies to fill up the schedule.

Big chains like Odeon are keen to woo customers back to the big screen, and will use other measures including staggered start times, deep cleans, sanatiser stations and contactless payments to convince them it is safe.

On offer will be a mix of recent and remastered classics including 1917, Empire Strikes Back, Little Women, Bad Boys for Life, Dirty Dancing and The Greatest Showman.

As Britons are let back in to cinemas, a string of social distancing measures will likely make going to the pictures a quieter, hungrier and more time-consuming affair

Customers will likely be allowed to sit with their household or family members, but the space around the seats will be kept empty for social distancing – meaning auditoriums could have a maximum capacity of just one quarter their usual size.

More than 450 films will be available to cinemas when they reopen to help them entice audiences back after lockdown.

The treasure trove of blockbusters has been put together by the Film Disttributors’ Association (FDA) to help cinemas return with a bang.

The collection, compiled in Relaunching Cinema: Content For Recovery, has been split into 25 categories and features comedy, documentary, musical, horror, romance and science-fiction features. The films, including Back To The Future (pictured)  have been collated by the Film Distributors’ Association (FDA) in a document entitled Relaunching Cinema: Content for Recovery

They include all in the films in these blockbuster series: Harry Potter, Fast and Furious, Dark Knight, Matrix, Hunger Games, Twilight and Back To The Future.

There will also be recently released hits such as Military Wives, Trolls: World Tour, Misbehaviour, Calm With Horses, Sonic The Hedgehog, Onward and Emma.

And for those pining for a classic, The Wizard Of Oz, Casablanca, Lawrence Of Arabia and The Sound Of Music will be available.

The list of titles was part of the first stage of cross-industry body Cinema First’s coronavirus recovery strategy.

Andy Leyshon, chief executive of the FDA, said: ‘This amazing collection of content represents all that’s great about cinema and should enthral and delight film lovers the length and breadth of the land.’

Dozens of blockbusters, such as James Bond in No Time To Die and Tom Cruise’s Top Gun sequel have been delayed because of the Covid-19 shut down.

Three empty seats and a full empty row would divide each individual or household.

Because show times will be staggered to allow for a thorough clean after the film, and to help staff and customers avoid unnecessary contact, some areas could be made one-way.

‘We’ve put three really important measures in place. There will safe space – you can book as a group but you will have spare seats around you to be able to have social distancing.

‘When we know that our guests are feeling comfortable coming back to see films and are really confident in returning then everything else will follow from there.’

Cinemas in England will be able to welcome back customers from July 4, after Prime Minister Boris Johnson announced the easing of the coronavirus lockdown.

Film fans at the Odeon Luxe Leicester Square will likely be greeted by staff in protective equipment, many of whom are behind screens, when the doors re-open on July 13.

Film-goers will be encouraged to buy tickets online – and contactless payment will be required at venues. Food and drink will still be sold, but only those items that will be taken in the auditorium – meaning cafés and restaurants will stay closed for now.

Tessa Street, general manager of Odeon Leicester Square and board director for The Heart of London Business Alliance, said staff will endeavour to still give visitors a ‘magical’ experience, even under unusual circumstances.

It is not currently known if cinema-goers will have to wear masks, like passengers on public transport, with Odeon saying it is ‘following Government guidance’. There are also no current plans for mandatory temperature checks.

Guests could also be shown public health messages on the big screen before a film.

The UK Cinema Association (UKCA) has released guidance for the safe re-opening of movie theatres, following consultation with the Department for Digital, Culture, Media and Sport.

Phil Clapp, chief executive of the association, said: ‘Today’s launch represents an important next step in our efforts to once again bring the big screen experience to the cinema-going public.

‘We know from recent surveys that a large proportion of our audience can’t wait to come back, but they understandably want to know the steps that cinemas will be taking to ensure their continued welfare.’

Customers will be allowed to sit with their household or family members, but the space around the seats will be kept empty for social distancing- meaning auditoriums could have a maximum capacity of just one quarter their usual size

The first new films due to be released are expected to be Proxima, starring Eva Green, scheduled for release on July 10, and road rage thriller Unhinged, starring Russell Crowe, which is due for launch on July 17.

Christopher Nolan’s latest offering, Tenet, starring Robert Pattinson and John David Washington, is also expected to be released at the end of July.

More than 450 films, including Breakfast At Tiffany’s, Singin’ In The Rain and The Sound Of Music, will be available to cinemas when they reopen to help them entice audiences back.

The films have been collated by the Film Distributors’ Association (FDA) in a document entitled Relaunching Cinema: Content for Recovery.

The list of titles, which also includes 1917, Once Upon A Time…In Hollywood and recent Oscar winner Parasite, is part of the first stage of cross-industry body Cinema First’s coronavirus recovery strategy. 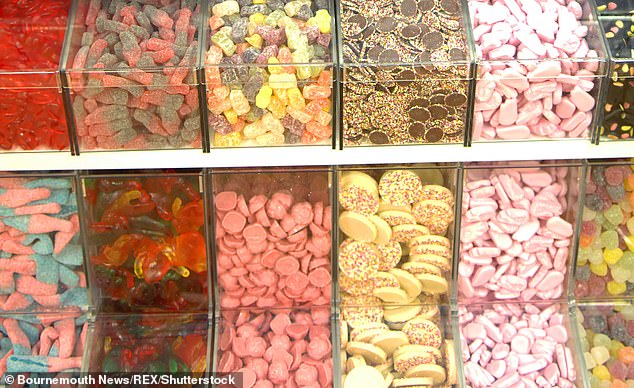 Pick and mix will be banned under the new set-up, with customers allowed to buy a bag of sweets instead