Many city centre hotels are ‘really struggling’ with a lack of bookings this summer, new research has revealed.

Despite a 686 per cent increase in bookings over the last two months, many city centre hotels are still at only 30 per to 40 per cent occupancy, according to data from hotel technology provider Avvio.

The huge decrease in bookings has partly been blamed on the lack of inbound travel to the country and whole city ‘ecosystems’ suffering.

For example, people staying at city centre hotels will want to go to the theatre, museums, night clubs, pubs, bars and restaurants. But with lockdown these have been either restricted or completely closed.

Issue: City centre hotels are ‘really struggling’ with a lack of bookings over the summer period

Hotels will hope that with the end of lockdown approaching, entertainment will start to open up again and more travellers will consider a UK city break.

However, the lack of bookings comes amidst a demand for resort hotels which are fully booked for the key summer months.

‘But with almost no inbound international travel many of them are still really struggling.

‘There’s so much to see in and around Britain’s beautiful cities and I’d urge holidaymakers to really think about having a UK city break – in precisely the same way they’d have considered going to Prague or Barcelona before the pandemic.’

Data from Avvio shows that in April, city centre bookings were down 80 per cent on 2019 levels.

However, bookings made in June for all future months are 31 per cent ahead of 2019 levels, suggesting that things could pick-up.

Hotel cancellation rates are currently still extremely low at around 4 per cent but are considered fragile as many are cancelling at the last minute, meaning the hotel is unlikely able to fill the room. 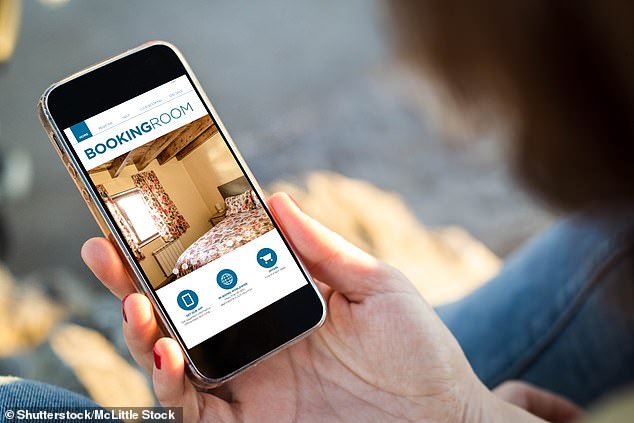 In terms of location, London is only marginally ahead of other cities in terms of the rise in bookings when compared to 2019.

The capital has seen a 32 per cent increase in bookings in the last two months, compared with 31 per cent for the UK as a whole.

Booking.com confirmed that coastal and country breaks are continuing to be favoured over city breaks.

In April, deputy editor Lee Boyce wrote in his consumer trends column that it was likely to be the best year to snag a cheap luxury city break in the UK.

At that time, research suggested that hotel rooms for May and June in some cities were up to 25 per cent lower than usual.

A spokesperson said: ‘We are seeing that the likes of Cornwall, Devon, Bournemouth, and Brighton are replacing international city style breaks.

‘In terms of accommodation preferences, we have seen the pandemic accelerate interest in travellers opting for stays in home and apartments.

‘Last year almost a third of bookings were for alternative accommodation, for example, inns, holiday homes, resorts, apartments, hostels and B&Bs – an increase from the year before – and we anticipate this trend to continue this year in light of the changing consumer preferences we are already witnessing.’

Meanwhile, Expedia said that although London is still the most dreamt about destination for Britons and international travelers that are looking at the UK as their summer travel destination, interest for the capital has decreased since 2019.

This is primarily driven by the lack of international travelers and the restrictions placed on inbound visitors.

A spokesperson said: ‘If we compare interest to travel to and in the UK in June 2019 to June 2021, we can see that more travelers are showing the desire to escape urban areas and create memorable holidays at beach and coastal destinations in the UK.

‘We have identified the three most desired beach and coastal hotspots in the UK, all slightly growing in interest compared to 2019, are North Cornwall, Bournemouth, and Devon.’

Aside from more rural bookings, another issue in the industry is cancellation rates.

De Jongh is urging holidaymakers to book a stay at just one hotel and if they need to cancel, to do so with plenty of time.

‘If international travel becomes a real option, cancellation rates at UK hotels could well reach 40 per cent and that would be disastrous for the whole industry.’

‘It’s not just about people booking both a hotel abroad and one in the UK. There’s also a growing trend of booking rooms at multiple UK hotels, and then cancelling all but one at the last minute.

‘This causes incredible problems for hotels, in precisely the same way as multiple restaurant bookings did during Eat Out To Help Out.’