Look out for an announcement from Critical Metals about its investment in the Democratic Republic of Congo.

City Whispers understands that the mining tiddler is poised to seal the deal to buy a 57 per cent stake in Madini Occidental as soon as this week.

The transaction with Madini – which controls a copper and cobalt project in the DRC – could allow the company’s stock to resume trading on the London Stock Exchange imminently.

Transaction: Critical Metals is poised to seal the deal to buy a 57 per cent stake in Madini Occidental

Critical Metals was set up as a cash shell company by boss Russell Fryer.

But because it took longer than expected to nail down its first investment, it was forced to suspend its shares in May last year.

Copper and cobalt are crucial to the green revolution, with both being used in electric vehicles.

Fryer says completing the deal with Madini – which he co-owns – is a ‘significant moment’.

Omega Diagnostics has fallen further from grace after admitting it would need to delay its results – again.

It says auditors need even more time to go over its figures. 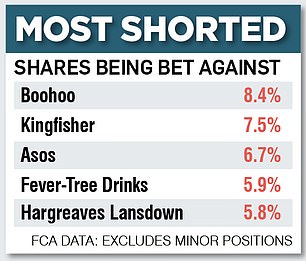 It previously gave a specific date for the delayed release, but this time it’s a vaguer ‘mid-September’.

Any disgruntled investors will have to wait longer for the chance to air their disquiet, however.

The annual meeting has been pushed back too.

Like many lockdown winners, toilet-roll maker Accrol has had a tougher time of late.

Shares in the Blackburn company, which also supplies kitchen rolls and facial wipes, have halved in the past year as investor sentiment towards consumer and hygiene stocks soured.

A profits warning in January, blamed on rising energy prices, didn’t help. But as a major supplier to leading supermarkets and discounters, Accrol’s top line should benefit as cash-strapped shoppers trade down to cheaper, own-label alternatives.

Full-year results this week should tell us more.

Analysts are expecting underlying profits of £9million on sales in the region of £160million.

Rentokil finalising tie-up with US Terminix 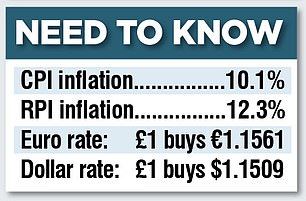 Rentokil Initial is deep in takeover mode as it finalises its £5.8billion tie-up with US group Terminix.

The deal is due to complete shortly and will make Rentokil the world’s biggest pest killer.

A recent JPMorgan note lavished the rat-catcher with praise and urged investors to keep scooping up shares.

But short-sellers seem to have taken heed of this advice, too.

A record amount of Rentokil’s shares – 5.6 per cent – are out on loan to hedge funds that will profit if its share price falls.

After hitting fresh peaks last year, its stock has been losing steam, and some clearly think it has further to go.