She has gained critical acclaim for her portrayal of Queen Elizabeth II in the Netflix drama The Crown.

And Claire Foy was grilled by none-other than Benedict Cumberbatch for Variety’s popular interview series Actors On Actors on Saturday.

The actress, 34, who has been busy on a promotional tour for her upcoming movie The Girl in the Spider’s Web, cut a sophisticated figure as she slipped into a chic cream dress for the entertaining Q and A with the 41-year-old Sherlock star.

Claire’s high-neck chiffon dress sheathed over her svelte frame, while teasing a glimpse of her lithe limbs due to its knee-length hemline.

The English beauty added a boost to her height with a pair of black strappy stilettos, which complemented her newly-dyed raven pixie cut.

She completed the look with a soft smoky brown eye and amped up the glamour with a slick of rouge lipstick.

Close pals The pair, who starred as husband and wife in the 2011 movie Wreckers, appeared thoroughly at ease as they pulled a number of playful poses during a photoshoot

The pair, who starred as husband and wife in the 2011 movie Wreckers, appeared thoroughly at ease as they pulled a number of playful poses during the photoshoot ahead of the interview.

The interview comes after the actress addressed The Crown’s pay gap scandal on Friday, after it emerged Matt Smith was paid more than her for two seasons of the hit series- despite her playing the lead role. 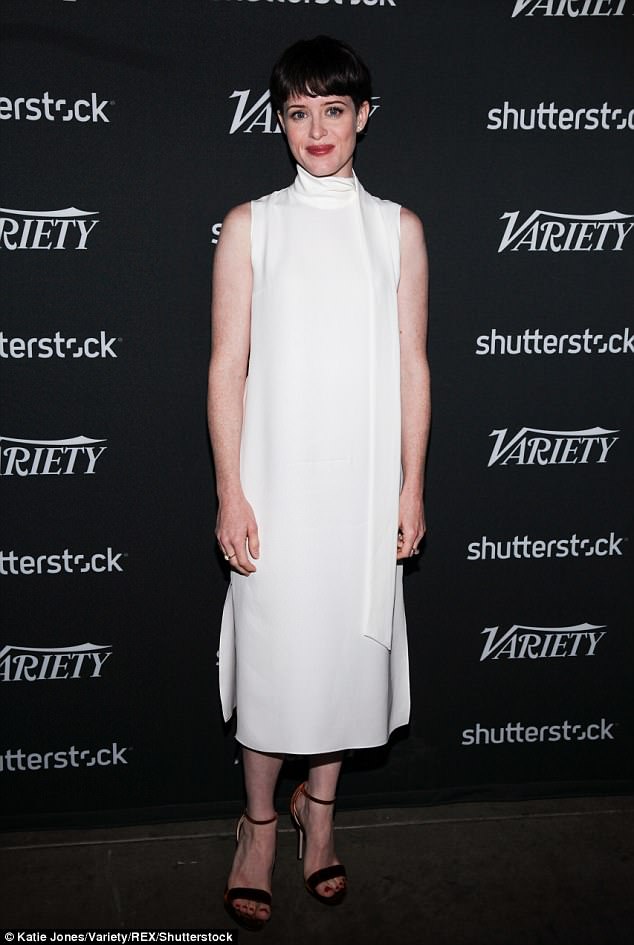 Screen siren: The actress, 34, cut a sophisticated figure as she slipped into a chic cream dress for the entertaining Q and A

The star who was at the The Crown FYC event at the Saban Media Center at the Television Academy, in Los Angeles said: ‘I have had the most extraordinary revelation about myself and womankind.

‘It’s sort of amazing that the conversations people are having now, people think we’ve always been able to have, but we haven’t.

Foy starred as Queen Elizabeth in the Netflix series alongside Smith who played Prince Philip for two seasons.

Olivia Colman and Tobias Menzies are set to take over their roles this years as the series skips forward in time for season three. 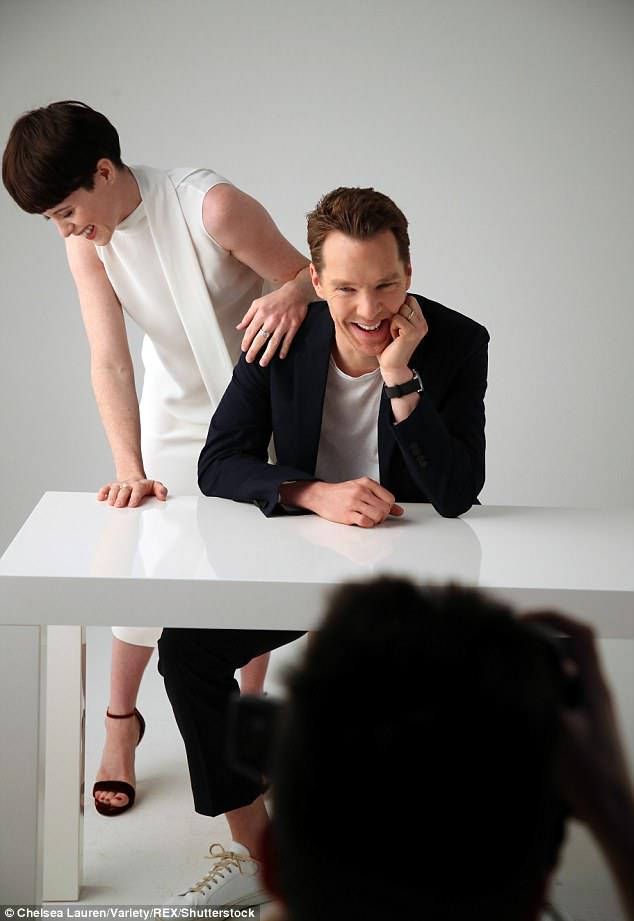 Producers of the show have now pledged that there will be no gender pay parity for the new cast.

Bosses claimed Smith was only paid more for the first seasons as he was a bigger name than Foy at the time of casting.

Smith weighed in on the debate as he revealed that the show’s producers have now ‘made amends’ for the gender pay gap.

‘Claire is one of my best friends, and I believe that we should be paid equally and fairly and there should be equality for all,’ Smith told The Hollywood Reporter. 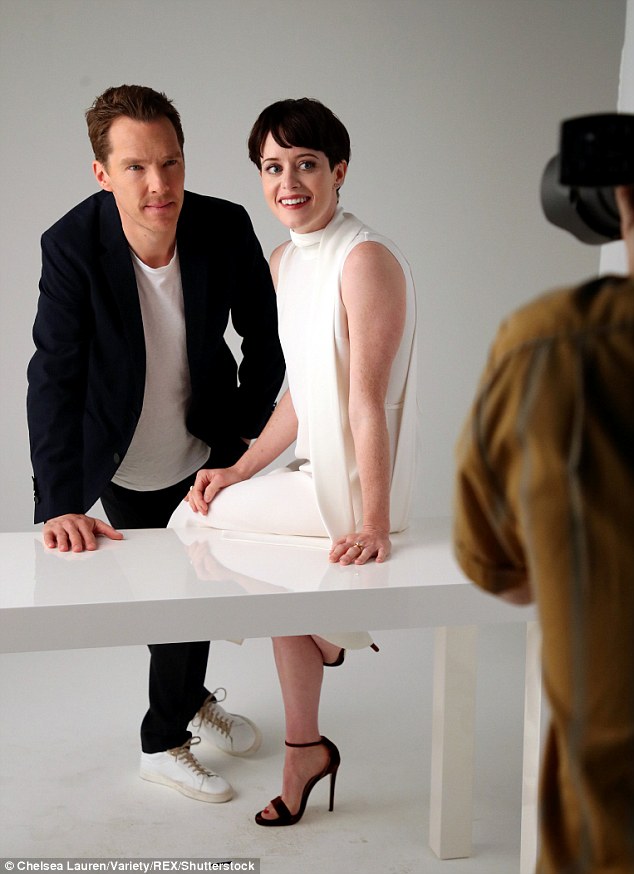 Making headlines: The pair will no doubt have lots to talk about off the back of The Crown’s gender pay gap scandal