A 36-year-old woman has revealed how she drank her own urine to survive in a searing desert after she was left stranded for four days.

Claire Nelson, from New Zealand’s Auckland, was hiking through Joshua Tree National Park in southern California when she slipped off a boulder.

The writer was unable to move as she sat in agony after she shattered her pelvis when she landed on a rock on Tuesday morning.

The terrified woman said she desperately used a twig to protect herself from the scorching sun, with temperatures reaching 40C.

Her hope of survival nearly slipped away until she heard her name called out over a megaphone on Friday – as a rescue helicopter hovered above her after they spotted her makeshift flag made out of a t-shirt and hat, which was tied to a stick.

Claire Nelson, from New Zealand, has revealed how she miraculously survived in the desert by drinking her own urine after she was left stranded for four days 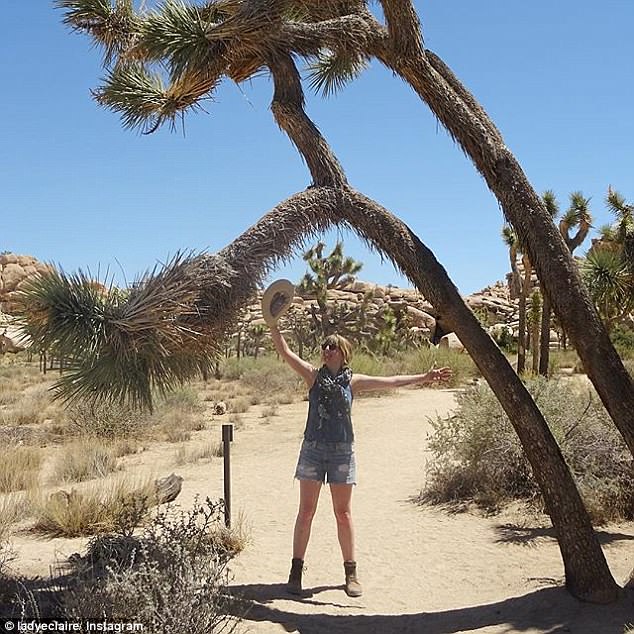 Ms Nelson said she decided to drink her own urine in a desperate attempt to keep herself hydrated in the heat wave after getting the idea from movies.

‘It tasted like really bad flat beer – it is not pleasant but it is not the worst thing,’ she told Stuff.

‘I nearly died this week. On Tuesday morning I was on a solo hike in the Colorado desert when I fell off a boulder, landed on a rock, shattered my pelvis, and was unable to move, or sit up or anything,’ she said.

‘I just lay there, using a stick to help cover me for the long hot parts of the day when the sun was burning, and at night tried to keep warm and not get panicked about rattlesnakes.

‘My water ran out Wednesday night and I survived by drinking my own urine.’ 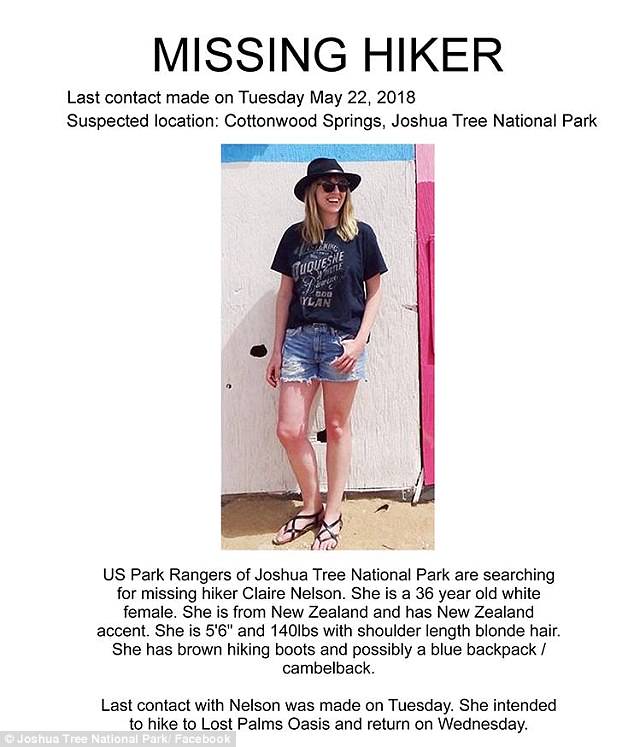 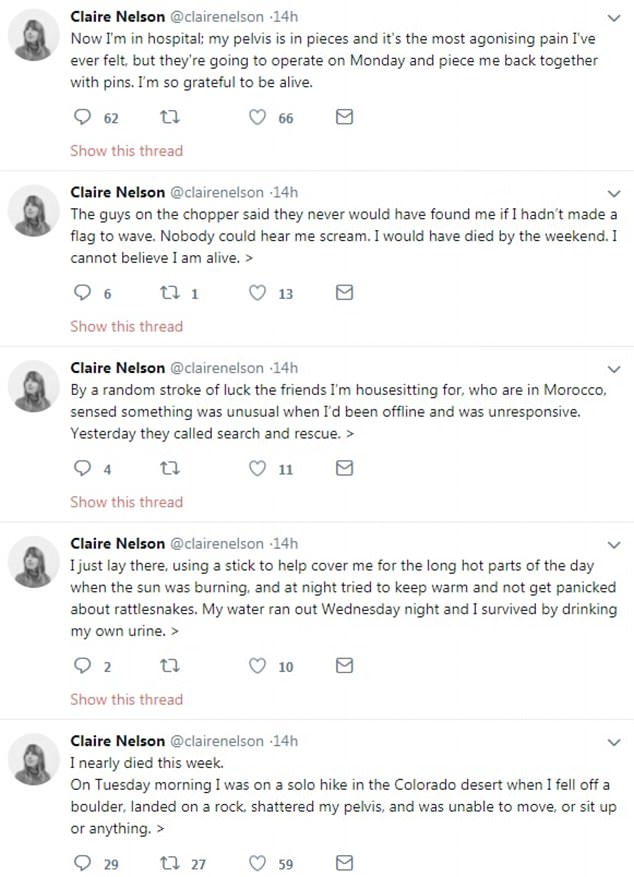 Taking to Twitter, the woman shared her terrifying near-death ordeal after she was rescued

She explained how her friends alerted authorities when they noticed she hadn’t been active on social media.

‘By a random stroke of luck, the friends I’m house sitting for, who are in Morocco, sensed something was unusual when I’d been offline and was unresponsive… so they called search and rescue,’ she said.

‘The guys on the chopper said they never would have found me if I hadn’t made a flag to wave. Nobody could hear me scream. I would have died by the weekend. I cannot believe I am alive,’ she said.

‘Now I’m in hospital; my pelvis is in pieces and it’s the most agonising pain I’ve ever felt, but they’re going to operate on Monday and piece me back together with pins. I’m so grateful to be alive.’