By Chris Hastings Art Correspondent For The Mail On Sunday

Clare Balding and Fiona Bruce have demanded that the BBC go far beyond the salary cuts for male stars in the drive for fair pay.

The women, who are all members of campaign group BBC Women, claim that salary reductions for six presenters, including John Humphrys and Jeremy Vine, fail to tackle pay inequality for all Corporation staff.

In a statement last night, the group, which represents over 170 female presenters and producers, called on the BBC to correct the disparity, which goes back decades.

It said: ‘BBC management should now focus on a comprehensive strategy to correct all unequal pay decisions it has made for decades, rather than on a few high-profile individuals.’ 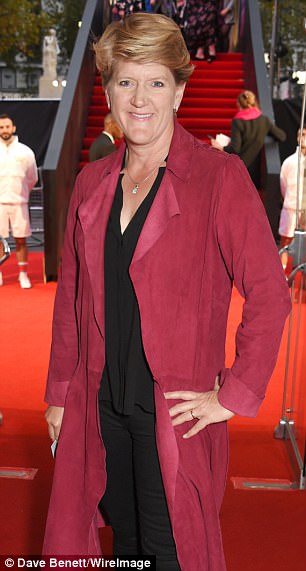 The statement does not advocate a solution but it is understood that they want appropriate salary increases for all women who have lagged behind their male colleagues.

The criticism is a blow for the BBC, which had hoped that the salary cuts – taken by six of its highest-paid male stars, including Jon Sopel and Nick Robinson – would draw a line under the issue.

The broadcaster has struggled with the topic since last summer, when it published a list of 96 stars paid over £150,000.

Men accounted for two-thirds of the names, including the highest-paid seven.

A BBC source said: ‘We recognise we have got some things wrong.’