Mr Dickinson, 37, who wanted to film the site from the air, told MailOnline that Kaleb said if he didn’t land the tiny aircraft he would blast it out of the sky. 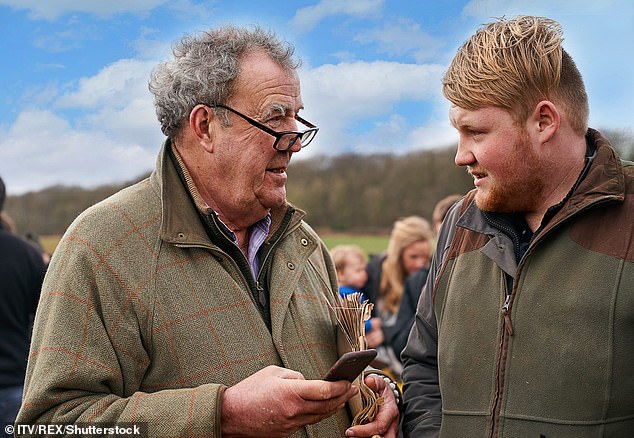 Clarkson has previously addressed his concerns about drones being used over his property by would-be thieves, and wrote in a Sunday Times column last October he’d have no qualms shooting them down in the future.

He wrote: ‘I give fair warning to any drone operator that if you fly one over my house again, I will shoot it down.’

But Mr Dickinson insisted he did nothing wrong – and argued Kaleb, 24, was ‘the only person breaking any laws’ during the confrontation.

‘[He was] threatening criminal damage to the drone and driving his pick-up truck with no front number plate,’ Mr Dickinson said. 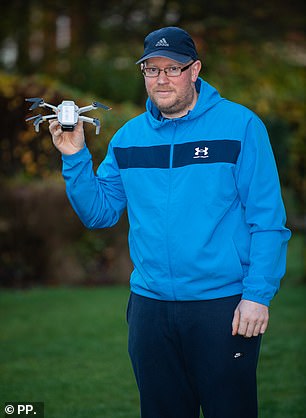 TV hit Clarkson’s Farm has brought hundreds of thousands of visitors flocking to Clarkson’s Cotswold property with its farmshop and brewery, but Mr Dickinson and his friend David did not receive the warm welcome they’d hoped for.

Within minutes of beginning filming the land and farmhouse from his drone while parked in a layby, the father-of-two said he was confronted by Kaleb in a truck, who ordered him to land the drone or he would shoot it down.

Kaleb was accompanied by another unnamed farmhand, who claimed that operating the drone was breaking the law.

In a secretly recorded video of the altercation, Kaleb appears to threaten to shoot down the drone.

In the audio, Kaleb says it is an invasion of privacy, asking if Mr Dickinson and his friend would like if it he ‘came to your house and filmed’.

According to the Civil Aviation Authority, there is no lower height restriction for drones such as Mr Dickinson’s – which weighs 249g – and they can be flown in residential or commercial areas.

Larger drones have to maintain a 150m horizontal distance. Strict no-fly rules are in place around airports and RAF bases, but that does not apply to the area around Clarkson’s Chipping Norton farm. 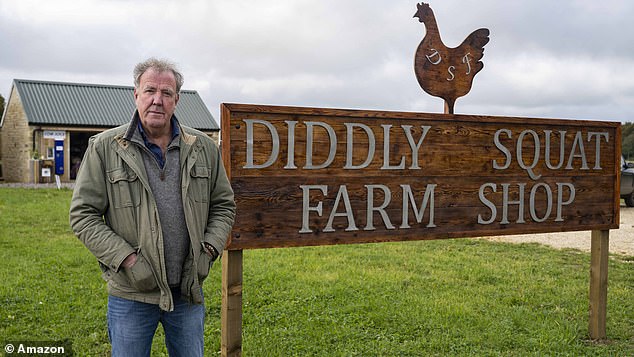 Clarkson has previously addressed his concerns about drones being used over his property by would-be thieves, and wrote in a Sunday Times column last October he’d have no qualms shooting them down in the future 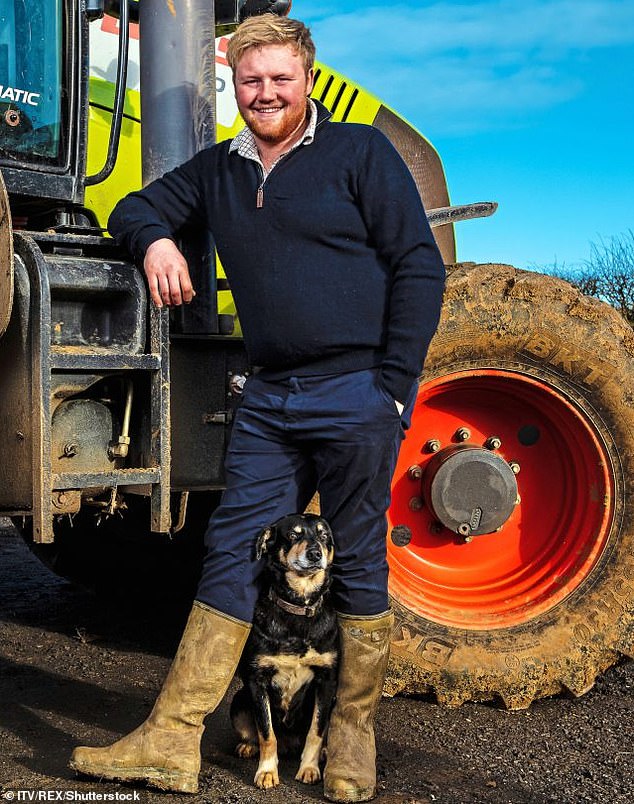 ‘I was flying a drone over the property when Kaleb Cooper drove up to me in a truck demanding that I land it immediately. I wasn’t parked on his land and was perfectly entitled to fly the drone.

‘Kaleb threatened to shoot the drone down if I didn’t land it even after I explained the drone laws to him and was not breaking any laws that day flying over the farm.

‘He was swearing at us, asking how we’d like it if he flew a drone over our house. He was quite aggressive, but there was no need for it.’

Mr Dickinson has a YouTube channel where he shares the footage he gets using his drone.

He said it started as a hobby during lockdown ‘when people couldn’t get out much’.

‘It occurred to me that people just aren’t aware of what’s around them, so I fly over interesting places to see them from the air. But I’m very careful to obey the law as it applies to drones.’

In one episode of Clarkson’s Farm, Clarkson hit on the idea of using a drone himself as a substitute for a sheepdog.

The unmanned aerial vehicle is wired up with a speaker playing a recording of a barking dog and Clarkson’s flock duly take flight. After a nervous few minutes on the road, they are ushered into another field.

In 2018, Clarkson was one of thousands of tourists stranded at Gatwick Airport after it was shut down because of a mystery report of a drone flying around its airspace. 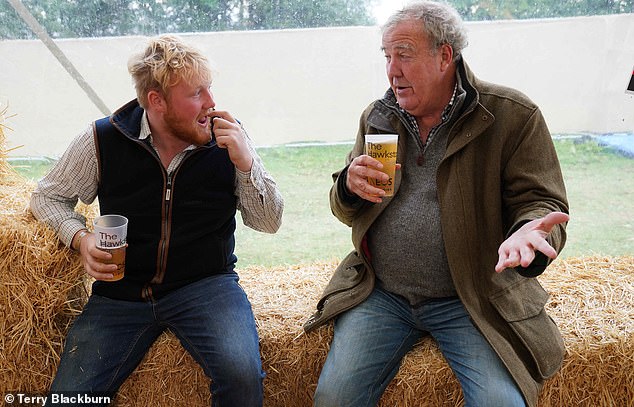 The enraged presenter tweeted: ‘I really hope that when the fat s**t at Gatwick is caught, someone kills him.’

In the event, no-one was ever caught and one senior police officer admitted there may never have been a drone in the first place.