The Strictly Come Dancing presenter, 50, has already filmed a pilot episode of The Claudia Winkleman Show with So Television who produce Graham Norton’s show, according to The Sun.

Claudia is currently fronting the new BBC1 series The Traitors which has gone down a storm with viewers and been recommissioned for a second series next year. 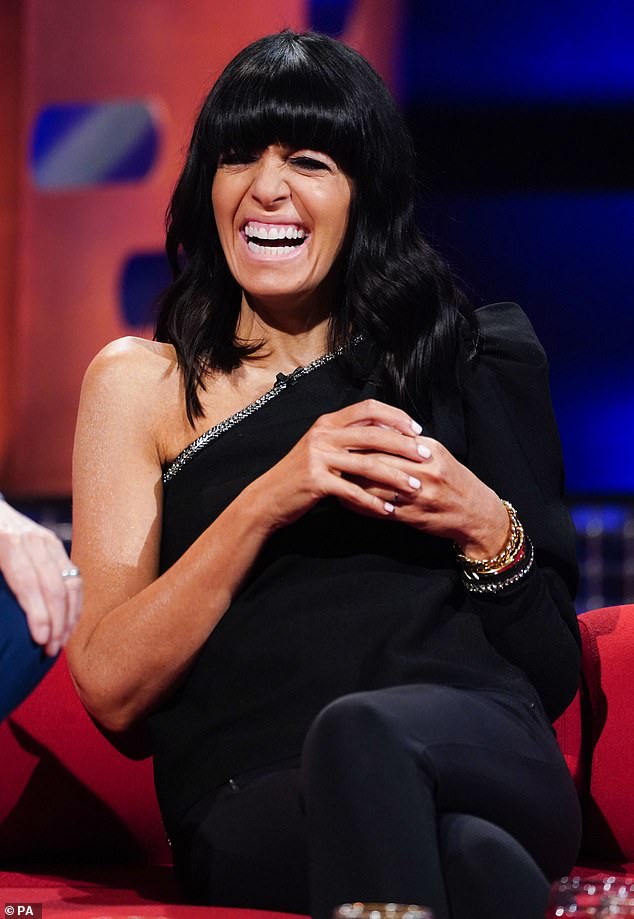 A source told the publication of her new chat show: ‘Claudia is fast becoming one of the most popular presenters on the Beeb.

‘Her chat show pilot went down a storm with execs and there is a lot of buzz about it already.

‘She has a razor-sharp wit and knows everyone in the industry, so she’d be perfect.’

Representatives for Claudia have been contacted by MailOnline for comment. 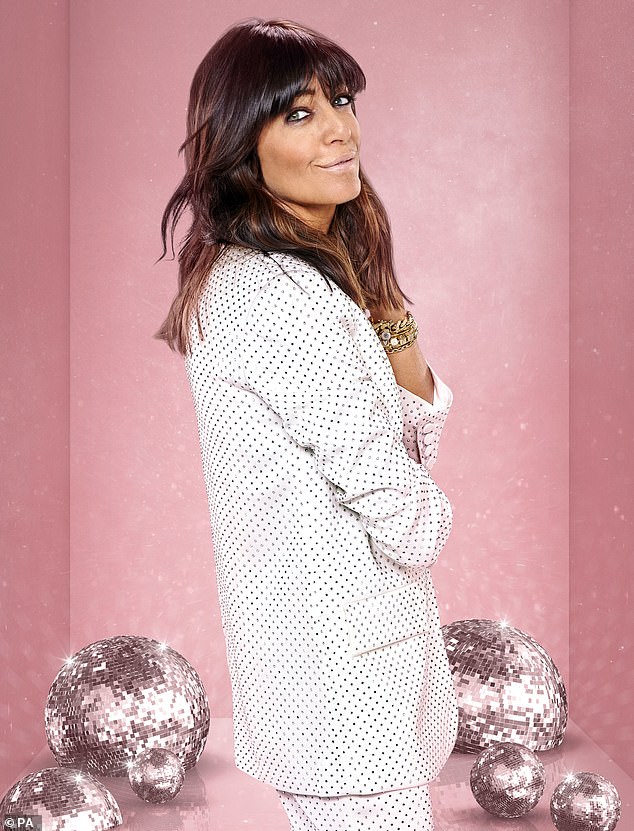 In the works: The Strictly Come Dancing presenter, 50, has already filmed a pilot episode of The Claudia Winkleman Show with So Television, reports The Sun

Claudia is best known for hosting Strictly with Tess Daly but has also presented on shows like The Great British Sewing Bee, Hell’s Kitchen and Best Home Cook.

It comes after earlier this week Claudia spoken about having to be ‘mean’ while hosting her new reality game show The Traitors.

The TV presenter appeared on The Graham Norton Show to discuss her new series, which is based on the Dutch programme De Verraders.

It sees contestants selected by Claudia to be ‘The Traitors’, before they have to secretly plot to ‘murder’ their fellow players without their knowledge each day and try to steal the prize money. 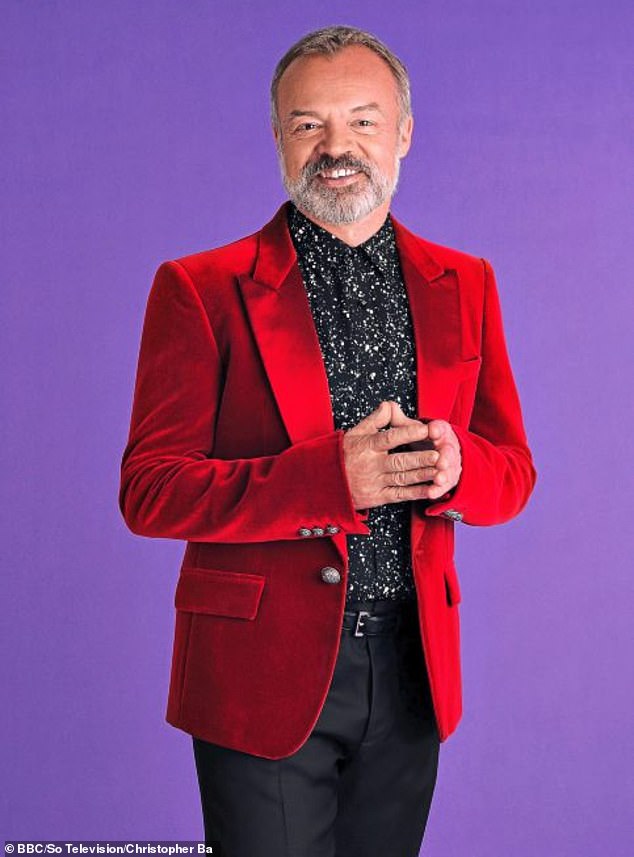 Speaking about hosting the series, Claudia admitted she had to do something that she felt ‘very uncomfortable with’ as she spoke about having to be ‘mean’ in her role.

In Friday’s upcoming episode of the chat show, hosted by Graham, Claudia cryptically said: ‘I am not always mean but I did have to do something at the beginning that I felt very uncomfortable with.

‘I loved them all but I knew too much about everyone so had to stay separate from them all.’

Claudia went on to admit that she originally turned down the opportunity to host the reality game show, before changing her mind when she watched the original Dutch version. 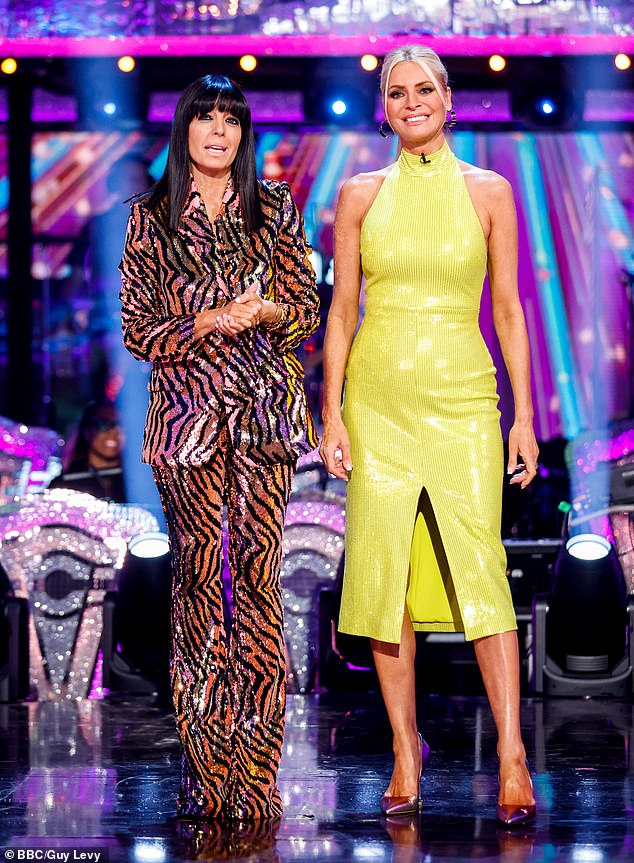 Career: Claudia is best known for hosting Strictly with Tess Daly (pictured) but has also presented on shows like The Great British Sewing Bee, Hell’s Kitchen and Best Home Cook

She said: ‘I initially said no but then watched the Dutch version and I wept. I loved it so much and said, ‘Please let me do it.’ I was so lucky to do it.’

Players are then eliminated when The Traitors meet in secret and decide to ‘murder’ one of The Faithful. The next morning, when the group meet for breakfast, the ‘murdered’ player does not appear.

Later in the day, all the players then have to meet at the ‘Round Table’ and ‘banish’ the player they suspect of being a Traitor.

The person they choose then reveals if they are a Traitor or a Faithful before being eliminated from the show.

At the end of the game, the few remaining players share the prize pot if they are all Faithful, but if there is still a Traitor among them, the Traitor takes all the prize money.

Producer Mike Cotton said of the show: ‘The series is a nail-biting psychological adventure game and Claudia is a huge fan of the format and is the perfect puppet master to oversee this dramatic game set in the heart of the Scottish Highlands.’

Claudia is serving as the host of the nail-biting series and discussed the programme during her appearance on The Graham Norton Show. 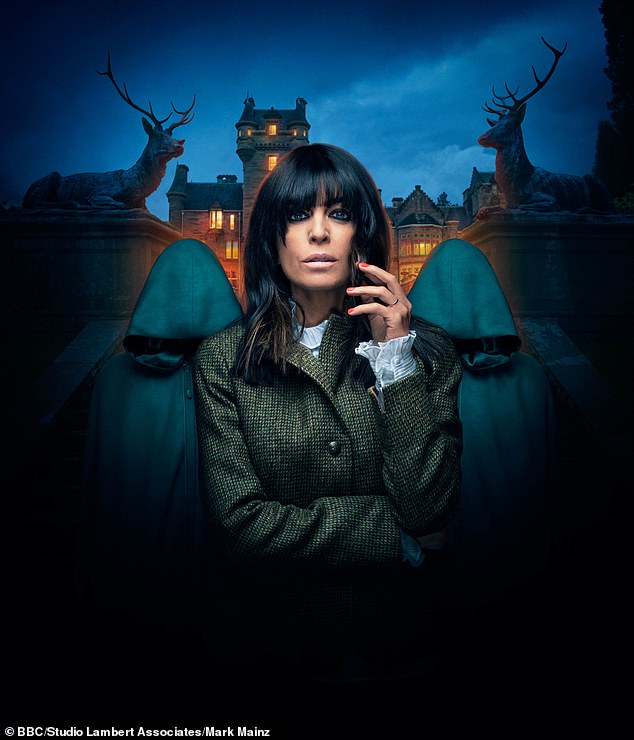 Success: Claudia is currently fronting the new BBC1 series The Traitors which has gone down a storm with viewers and been recommissioned for a second series next year