She has become a well-known face on Strictly Come Dancing since joining the show back in 2004.

But Claudia Winkleman has admitted she still suffers from pre-show jitters because she is worried she will let the ‘magical’ Strictly team down.

The presenter, 48, revealed that she gets ‘really scared’ before joining her co-host Tess Daly on the stage for the weekend live shows.

‘I get scared’: Strictly’s Claudia Winkleman has admitted she still suffers from pre-show jitters because she is worried she will let the ‘magical’ team down

She told The Mirror: ‘I do get really scared, not because I think I am doing anything important – I am not in scrubs holding a scalpel – it is just because I don’t want to let this magical team, which is what they are, down.

‘In live TV, we are tiny cogs and if you go off-piste and talk too long then you mess it up for everybody.’

Despite appearing calm and cracking jokes on stage, Claudia confessed that she ‘never really sleeps’ the night before hosting Strictly due to her nerves.

She continued: ‘I just want to be obedient. Being obedient at work, not at life, is a good thing, so I never really sleep the night before Strictly.’ 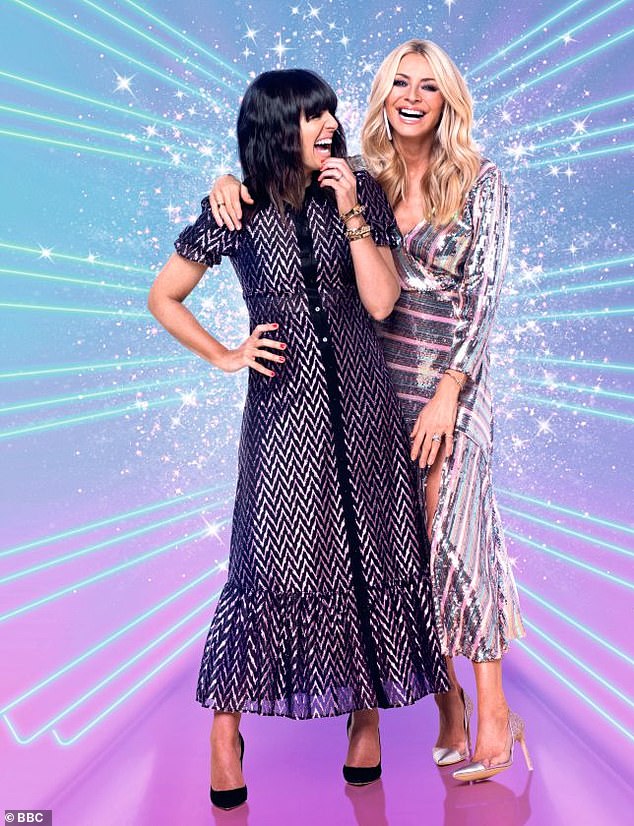 Jitters: The presenter, 48, revealed that she gets ‘really scared’ before joining her co-host Tess Daly on the stage for the weekend Strictly Come Dancing live shows

Claudia went on to admit that her stint on Strictly has gone on ‘longer’ than she expected it to, adding that she feels as if live television hosting ‘is a test’.

The experienced host first joined Strictly as the host of the BBC2 spin-off show It Takes Two when the series launched in 2004.

And she then joined the main dance contest alongside Tess, 51, in 2012, following Bruce Forsyth’s retirement.

Claudia is also set to start another exciting venture in February 2021, as she is set to take over the coveted Saturday morning BBC Radio Two show from Graham Norton.

Previously taking to Instagram to gush about the news, Claudia said she was ‘gobsmacked’ to have got the role and felt she had big shoes to fill.

Claudia said in a statement: ‘I’m not often speechless but the chance to be with the wonderful Radio 2 listeners every Saturday has left me, quite frankly, gobsmacked.

‘I hope my voice comes back in time for the first show as I can no longer simply rely on a fake tan and a fringe. There’s nobody I’d rather be with at the weekend, it’s a privilege and an honour.’

Sharing another post detailing how she felt about the news, Claudia said she was ‘thrilled’ and ‘terrified’, as she quipped: ‘Enormous shoes to fill. Send socks.’

Graham, 57, has hosted the slot between 10am and 1pm for 10 years, and is set to depart from the position in December.

The Irish presenter is now set to join Virgin Radio UK, and will present a new show on Saturdays and Sundays with them. 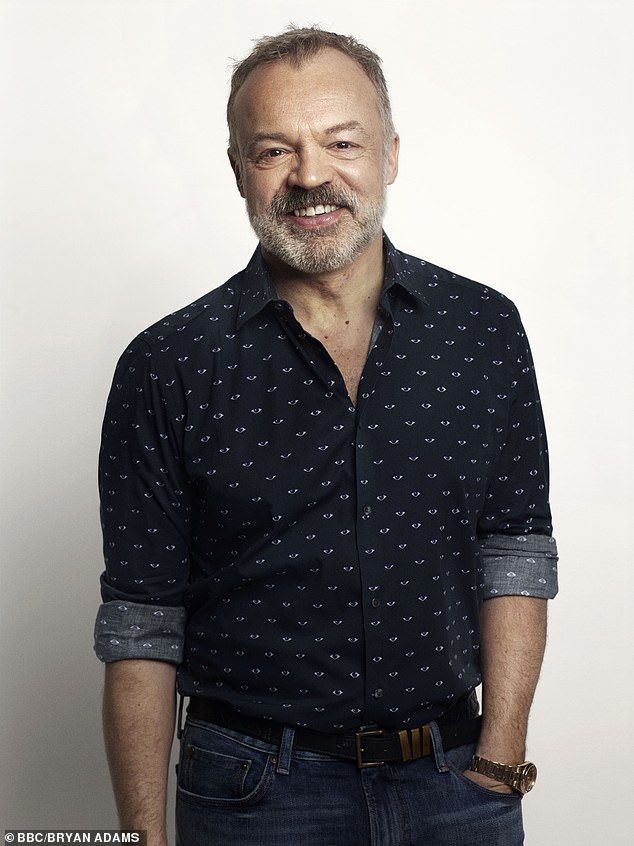 New venture: Claudia has recently achieved another exciting goal, as in February 2021, she is set to take over the coveted Saturday morning BBC Radio Two show from Graham Norton