Matchweek four of the Champions League has come and gone and the path towards the last-16 is beginning to take shape.

There was drama in Italy as Manchester City finished with 10 men and Kyle Walker in goal, while Tottenham finally claimed a win away from home.

It was a night with plenty of talking across the continent. So Sportsmail’s JAMES DUTTON has taken a look at 10 things we learned from Wednesday night’s action in the Champions League…

1. Claudio Bravo is a liability

It isn’t so long ago that the thought of Claudio Bravo made Manchester City fans shiver. In January 2017 he went 180 minutes without saving a single shot in the Premier League, conceding from all six shots he faced in that period.

He was about as resistant as a plastic bag in the wind. His reputation has since been rehabilitated by being deputy to the supremely consistent Ederson and saving penalties in last season’s Carabao Cup final.

But at Atalanta he once again showed off his unreliable side. He conceded within four minute of coming on for the injured Ederson and failed to make a save before he was sent off for rashly running off his line. Even Kyle Walker made more saves when he had to be forced between the sticks.

He’s a liability, and it’s not what Pep Guardiola needs with Liverpool at Anfield up next.

Bravo’s sending off for a moment of madness was the third red card of City’s season in just 18 games so far – and all of them have come in the last five games.

The red mist is descending on City – who only had two players sent off in 61 games last season. Guardiola needs to curb their worst tendencies. 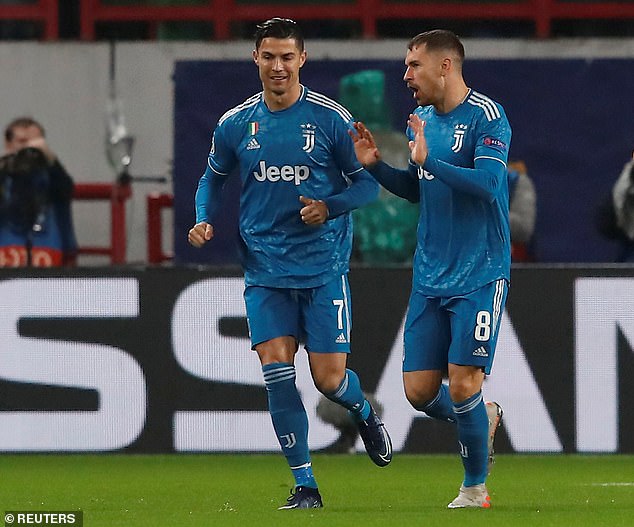 3. Don’t get on Ronaldo’s bad side, Aaron

It was a David Nugent special from Aaron Ramsey as he made doubly sure that Cristiano Ronaldo’s free-kick would count by smashing it home on the line – even as it trickled towards the back of the net.

Ronaldo looked slightly perturbed, despite Ramsey’s profuse apologies. Upsetting the main at Juventus isn’t going to get you very far.

It’s been a difficult start for Ramsey, beset by injury problems and struggling to carve a regular role in Maurizio Sarri’s first-choice XI.

Tottenham’s problems have been manifold this season. Gaping at the centre of it all is a big Christian Eriksen-shaped hole in their midfield.

The Dane may as well have left in the summer, so sterile his performances in recent weeks.

Giovani Lo Celso is finally fit again after an injury-disrupted start since joining from Real Betis on deadline day. He nabbed his first goal, the opener, as Spurs romped to a 4-0 win.

It was their first on the road this season at the ninth attempt, and all achieved with Eriksen on the bench for an hour. Is this the future for Mauricio Pochettino? 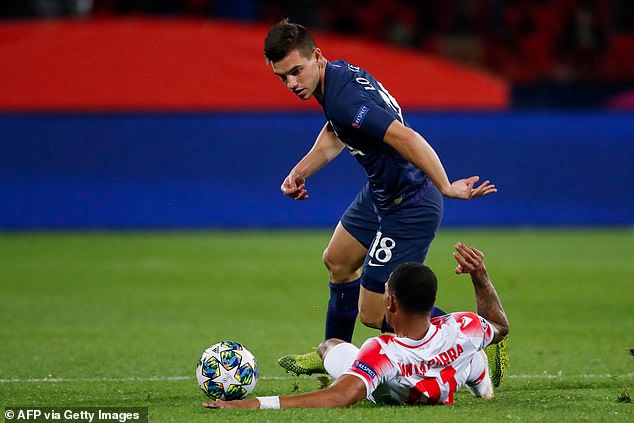 Real Madrid were active in the transfer market this summer, but it looks like the best business they did was last year.

He joined from Santos in June 2018 but had to wait a year to make the move over from South America. With Eden Hazard and Luka Jovic failing to fire after arriving to much fanfare, Wednesday night offered a glimpse of something else. 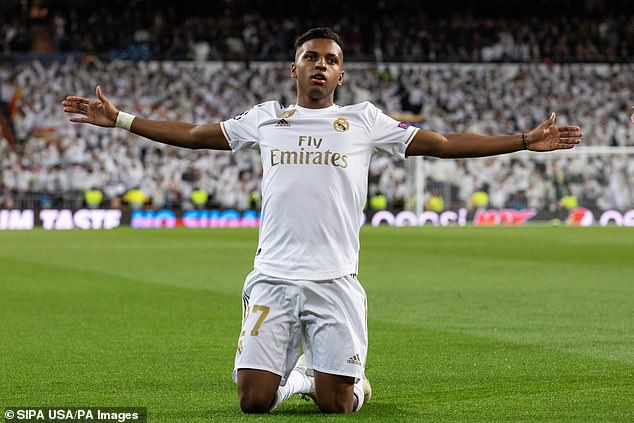 6. Benzema is a striker for the ages

Karim Benzema also scored a brace for Real Madrid in their emphatic win at the Bernabeu.

It confirmed two things. His 50th goal in the Champions League for Real – the fourth player to achieve that at a single club. And it was the 15th consecutive season he had scored in the competition.

Only Ryan Giggs has bettered that record, scoring 16 successive times. Benzema’s longevity has gone under the radar. He survived Ronaldo and Kaka after arriving in that same summer 10 years ago. And he will go on showing the latest pretenders who is king. 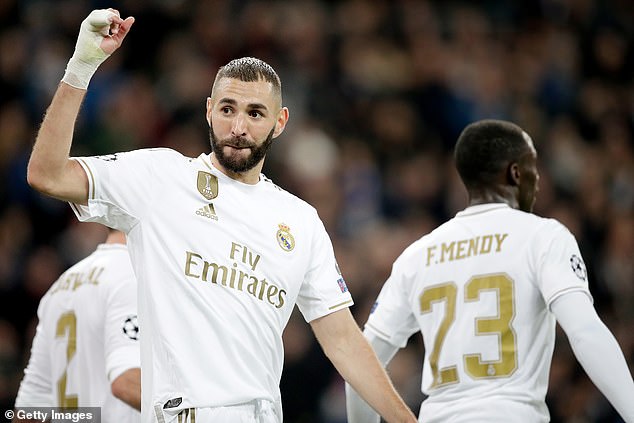 Bayern Munich returned to winning ways following the departure of Niko Kovac. Thomas Muller was back in the side and all seems well again.

Unsurprisingly, Robert Lewandowski was on the scoresheet. Though he hasn’t yet grasped his hands on that shiny European trophy, he has proved himself an elite player in this competition in the last five years.

No one has scored more than the Pole’s 31 group stage goals since he signed in 2014. It’s a main reason behind their consistency in the competition. 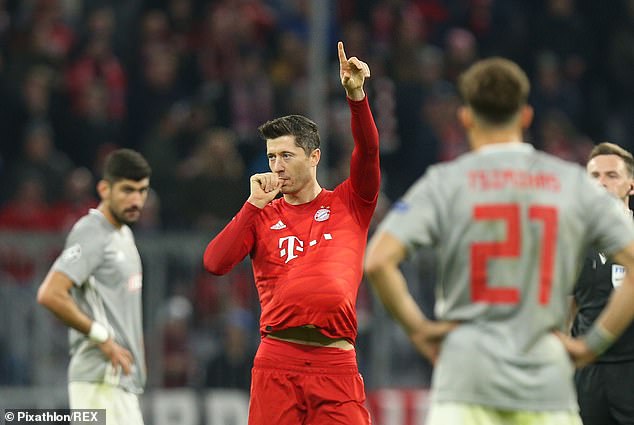 It’s been a struggle for Alvaro Morata since he joined Tottenham in 2017. He failed to fire and was shipped off home to Madrid in January this year.

He ended last season with a modest return of six goals in 17 games.

This season he started slowly, but now he is coming to the boil. His late goal at Bayer Leverkusen on Wednesday night could not prevent defeat, but it was a milestone of sorts for the Spaniard.

It was the first time had scored in five consecutive games in his career. Maybe, at 27, something is finally beginning to click. 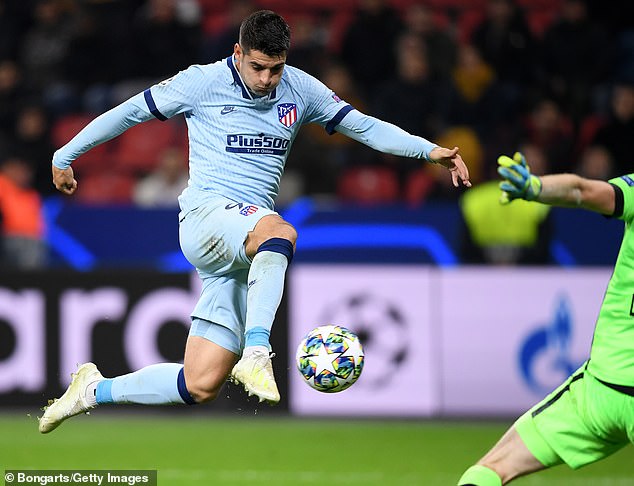 9. Icardi the man for the big occasion

Adding Mauro Icardi to the PSG powder-keg felt like a terrible risk in the summer. With internal divisions openly public, the controversial Argentine felt like the last person the Parisians needed.

But he has hit the ground running with eight goals since breaking his duck in early October.

With eight goals in his first 10 Champions League games for both PSG and Inter Milan he is proving himself the man for the big occasion. At 26, he could still fulfill that undoubted potential.

They may be the nearly men of Europe, but that tag at least suggests some consistency. PSG always make it out of the group.

And there’s a reason for that. Victory over Club Bruges confirmed a proud record has stretched even further.

When they host Galatasaray in their final group match next month it will be 15 years since they were last beaten at the Parc des Princes in the group stage. The two previous Champions League winners have both lost there in the last two seasons.

Now to take that formidable record and put it into action when it really matters is the acid test of PSG’s credentials. 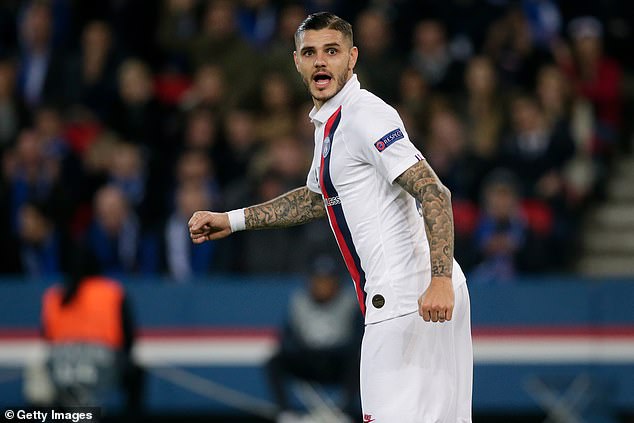