Premier League champions Chelsea’s struggle to retain the title is hardly surprising as the club returned to the Champions League and their league rivals strengthened their squads, former Leicester City manager Claudio Ranieri has said.

Ranieri won the league with Leicester in 2016 but was sacked nine months after lifting the trophy as the club failed to replicate their impressive form in the subsequent season.

While Chelsea have not declined so drastically, the London side have started their current campaign inconsistently, recording three league losses in 10 games to sit in fourth position, nine points behind leaders Manchester City.

‘It’s always difficult to win the league the second year. Chelsea also has the Champions League and then it’s not easy,’ Ranieri, who managed Chelsea from 2000-04, told the Evening Standard.

‘It’s not easy when a lot of other teams are renovating their players.’

Chelsea’s failure to qualify for the Champions League last season helped the well-rested side record just three draws and seven defeats across all competitions to win their sixth league title and reach the FA Cup final.

The London side’s troubles have also been linked to their underwhelming transfer window while their league rivals spent heavily to significantly boost their squads.

Conte’s side have returned to the European competition strongly as they remain unbeaten at the top of their group and on the verge of qualification to the knockout stages. 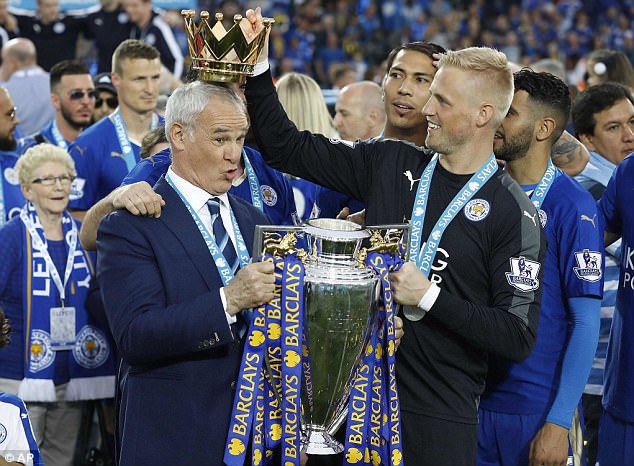 Ranieri, who currently manages French side Nantes, has backed Antonio Conte to get the team back to their best as Chelsea prepare to travel to AS Roma in the Champions League later on Tuesday.

‘He is happy. He is a fantastic manager and tries to do the best for Chelsea,’ Ranieri added.

After their mid-week trip to Italy, Chelsea host second-placed Manchester United on Sunday.