Claudio Ranieri admits he must devise a tactical plan to maximise the talent of Ismaila Sarr as he prepares to face Liverpool in his first game as Watford boss.

Sarr ripped Jurgen Klopp’s team to shreds on their last visit to Vicarage Road in February 2020, scoring twice in a 3-0 win to inflict a first Premier League defeat of the season upon the visitors.

Liverpool went on to win the title as Watford suffered relegation at the end of that campaign, and Sarr has been linked with a possible move to Anfield ever since. 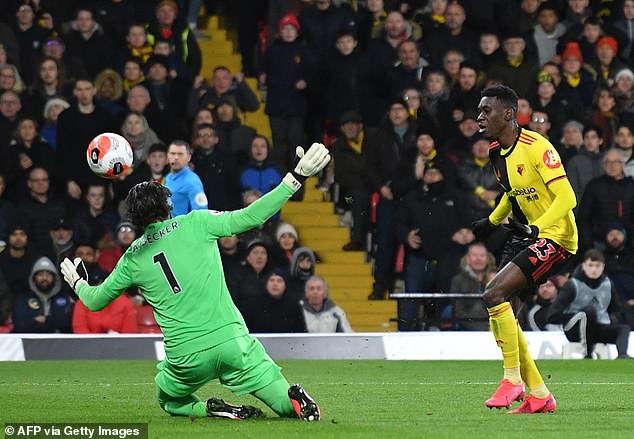 ‘He’s very fast,’ said Ranieri, who forged his success at Leicester around the electric pace and goal power of Jamie Vardy.

‘I want to speak with him. I want to understand which is the best position for him, and maybe for the team, but also the other players.’

Sarr has four goals in seven games this season and the 23-year-old returned from international duty with Senegal on Wednesday.

But, like other Premier League managers, the new Watford boss has had very little time to work with his players, having to wait until Friday to train with a full squad ahead of Saturday’s lunchtime kick-off. 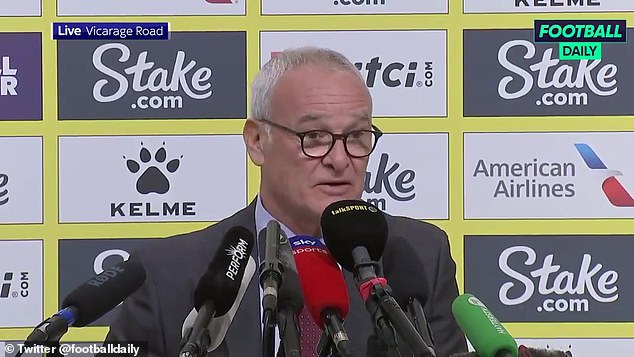 ‘I don’t know if it’s the sort of match I’ve missed,’ smiled Ranieri, when asked about the prospect of facing Liverpool once again. But when he won the title at Leicester, the victory against Klopp’s team in February 2016 — when Vardy scored both goals in a 2-0 win — proved a vital staging post.

The veteran Italian knows the German well, having spent a week behind the scenes studying his methods at Borussia Dortmund.

‘That will be of very little advantage,’ Ranieri added. ‘I’ve seen how they play now. Everyone understands the strength and the ideas of Klopp. I will try to do the same — slowly, slowly bring my team to a very high level. Maybe not so high. Well, I hope!’