Clayton Kershaw is STAYING with the Dodgers for 2023: Has signed a one-year, $20m deal

Clayton Kershaw needed only a few days to make up his mind to return to the Los Angeles Dodgers in 2023.

After the Dodgers had an MLB-leading 111 victories during the regular season only to get ousted by the San Diego Padres in the NL Division Series, Kershaw returned to his offseason home outside Dallas. He and his wife, Ellen, talked things over and the Dodgers won out again.

Kershaw re-signed for one year at $20 million with the NL West champions. The deal includes a $5 million signing bonus payable on June 30, a salary of $15 million and a hotel suite on road trips.

Clayton Kershaw has opted to stick with the LA Dodgers, signing a one-year $20m deal

‘We just felt like our time wasn’t finished in LA,’ he said Monday via Zoom. ‘The way we ended stuff last year just feels like we got another run in us, so I´m excited to get back out there.’

For the second straight year, the Dodgers didn’t extend a qualifying offer to the three-time Cy Young Award winner. Instead, they gave him additional time to mull his future, and he once again decided to stay with the only franchise he’s ever played for during his 15-year major league career.

‘I think it was my fault that it took so long to announce,’ Kershaw said. ‘I was kind of procrastinating getting all the MRIs. I figured they had seen this enough where they didn´t need all those, but I guess they still did.’

The left-hander turns 35 in March. He had a couple of stints on the injured list last season.

Last winter, Kershaw didn’t pick up a baseball until January. This time, he began his throwing program on Monday. 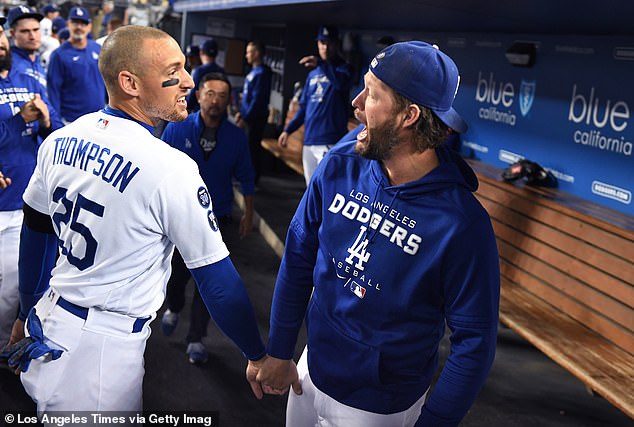 ‘I feel good. I really do feel healthy,’ he said. ‘I’ll be able to take my time and build up. It’ll be like a normal offseason.’

Kershaw was a free agent a year ago, contemplating whether to return to the Dodgers, sign with the Texas Rangers to be closer to home or retire. He went through the same process this time, speaking with Rangers GM Chris Young.

‘I want to pick the team first and then figure out the contract after that. I don´t want to be told where to play,’ Kershaw said. ‘That´s how I want to go about it the rest of my career and if there´s a few dollars left on the table, I´ll be okay with that.’

Texas signed pitcher Jacob DeGrom to an $185 million, five-year deal last week. Justin Verlander, whom the Dodgers were interested in, agreed to an $86.7 million, two-year deal with the New York Mets on Monday.

‘Should I have held out?’ Kershaw jokingly asked reporters before quickly adding that he and his wife ‘are so at peace with the way we’re doing things.’

‘For me, it´s always going to be a decision whether we feel great in LA or not,’ the father of four said.

Kershaw was 12-3 with 2.28 ERA in 22 starts last season. He struck out 137 and walked 23. He made his ninth All-Star team and started the Midsummer Classic for the first time in his career at Dodger Stadium.

Last April, he became the franchise’s all-time strikeout leader with 2,697. He reached 2,800 strikeouts in his last start of the regular season on Oct. 5 against Colorado. Kershaw ranks 24th all-time with 2,807. 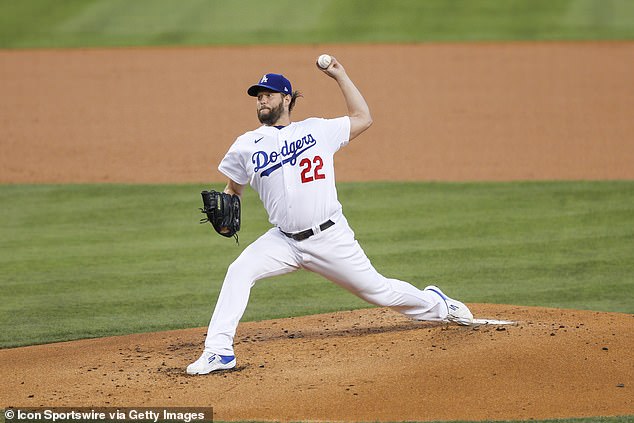 He has a career record of 197-87 with a 2.48 ERA. He won his only World Series title in 2020, when the Dodgers beat Tampa Bay after the pandemic-shortened season.

Kershaw will return to a changed team.

All-Star shortstop Trea Turner agreed to a $300 million, 11-year deal with Philadelphia on Monday. Third baseman Justin Turner and outfielder Cody Bellinger both had their options declined by the Dodgers, although it’s possible one or both could re-sign.

‘Hopefully, we don’t have too much of a different team, but who knows with what’s going to happen,’ Kershaw said. ‘The talent is there. We have the pieces. It’s just a matter of being a better team.’

Kershaw has yet to decide whether he will pitch in the World Baseball Classic in March.

‘Obviously, it would be a huge honor to be able to do that,’ he said. ‘I’m still a little ways away from making that call.’