The cleared drone suspect’s boss has slammed police for their ‘appalling’ investigation after officers ‘failed to contact him for an alibi’.

John Allard, who runs Allard Double Glazing, said he knew exactly where Paul Gait was this week when drones caused around 1,000 planes to be grounded at Gatwick airport.

Mr Gait, 47, and his wife Elaine Kirk, 54, both from Crawley, were questioned for 36 hours after they were arrested shortly after 10pm on Friday and were released without charge on Sunday morning.

But Mr Allard, from Crowborough, East Sussex, said police failed to contact him for an alibi for his employee.

The 68-year-old claims he was forced to contact police himself but was unable to speak to an officer as he tried employee’s name.

Mr Allard said that Mr Gait had been installing guttering for a client on when the drones were causing mayhem over Gatwick’s runways this week.

And on Friday the ex-soldier had reportedly driven Mr Allard’s daughter to the doctor, who had damaged one of her toes.

Mr Allard said: ‘Obviously the police could have handled it better just by asking the who, when and where.

‘The police have handled this absolutely appallingly, they really have.

‘All it would have taken was for them to call me and contact me as his employer and I could have confirmed that all day Wednesday and half the day Thursday, he was part of a three-man team installing fascia, soffit and guttering at a client’s home in Groombridge, Kent. 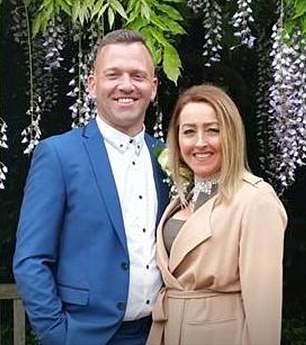 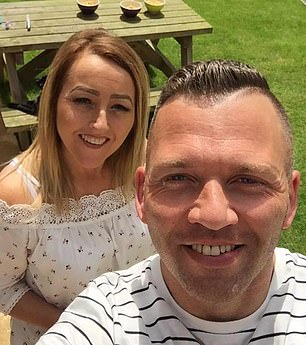 Paul Gait, 47, and his wife Elaine Kirk, 54, both from Crawley, were arrested in the town shortly after 10pm on Friday. They were released without charge on Sunday morning 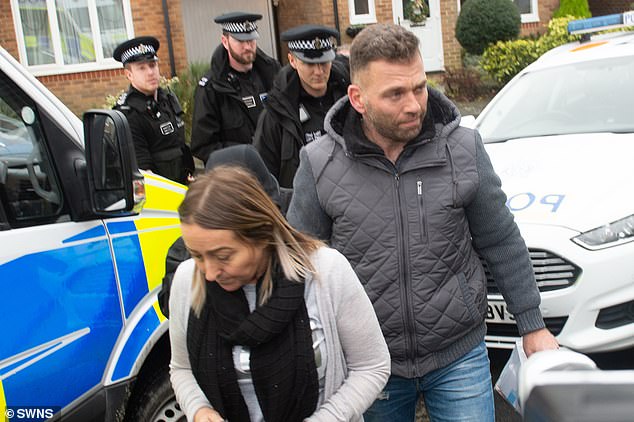 Mr Gait arriving home after being held in custody. Mr Allard said that Mr Gait had been installing guttering for a client on when the drones were causing mayhem over Gatwick’s runways

‘On Friday he spent most of the day running my daughter about because she damaged one of her toes and he was ferrying her to the doctors.

‘I discovered on Friday evening that he had been arrested.

I got onto the police Saturday evening, but I couldn’t get through to anybody, there was just somebody who said I’ll take notes and pass that message on. But they never did get back to me, there was no return contact.’ 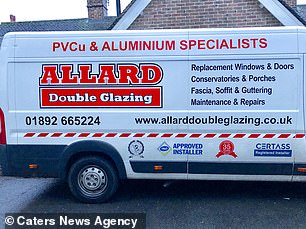 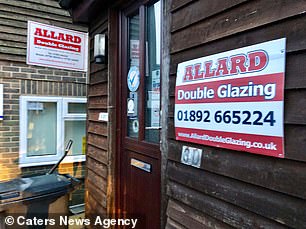 The Allard Douple Glazing business where Mr works. Mr Allard has owned his business for 37 years and runs it with his daughter Gemma Allard

Mr Allard, who has owned his business for 37 years, said how Mr Gait was ‘harmless’ and that the arrest would ‘destroy’ him and his wife.

He said: ‘I know Paul well, he’s worked for me for 17 years and this is going to hit him like a 10-tonne truck. Paul Gait is as harmless as a bloody new born fly. He really is, he’s the most inoffensive bloke you’ll ever meet.

‘He refers to me as a second father and he always comes to me if there are any problems in his life. I know this will mentally destroy him.

As the couple were brought home in a police van escorted by two police cars, they declined to comment on allegations that Mr Gait had been responsible for closing down Gatwick Airport.

Gemma Allard, who had an eight-year relationship with Mr Gait and is the mother of his 15-year-old son, joined the couple as they arrived home.

Gemma, 40, and her father Mr Allard the double glazing company, where Paul works and she has maintained his innocence. 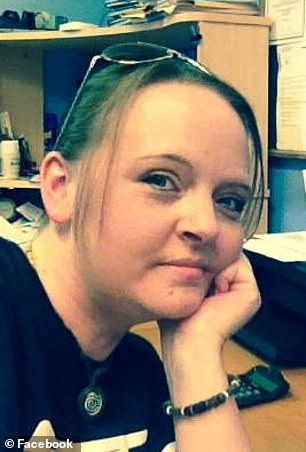 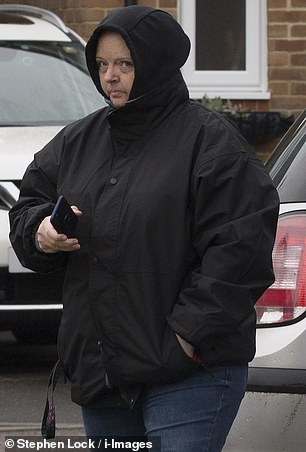 Gemma Allard (pictured left and at the Gait’s homr today, right) had an eight-year relationship with Mr Gait and is the mother of his 15-year-old son. Gemma, 40, and her father run Allard Double Glazing in Crowborough, where Paul works. She maintained his innocence

Mr Allard said his employee did have an interest in drones but the ones he owned were ‘silly little ones’.

He said: ‘Although there was a complete lack of evidence, the police ripped his house apart.

‘Paul Gait doesn’t own a drone. The drone he had he sold back in mid-summer. It was only a silly little one – anyone could have gone and bought in Hamleys.

‘Sussex Police have really dropped the ball on this.

‘I have always supported the police and I like to think I always would but in this case I think they have really got it wrong.

‘Let’s also not overlook the fact I am wondering what long-term damage this would have on my business.’