Clemson fired offensive coordinator Brandon Streeter on Thursday and is working to hire TCU assistant Garrett Riley to replace him.

A former Tigers starting quarterback and a three-year letterman (1997-99), Streeter had spent 15 seasons at Clemson as a player, graduate assistant or full-time assistant coach. He became the Tigers’ recruiting coordinator and quarterbacks coach in December 2014 before becoming passing game coordinator and then OC going into the 2021 Cheez-It Bowl.

Coach Dabo Swinney thanked Streeter for his time at Clemson in a statement.

‘As the leader of this program, I am accountable for our staff and accountable four our results,’ Swinney said in a statement, ‘and though we took a step forward offensively in 2022, after evaluating our offense in-depth, I felt it was in the best interest of our program to seek new leadership at that position.

Brandon Streeter has been fired from his alma mater, where he was a three-year letterman

‘I look forward to bringing in in a dynamic, proven leader at offensive coordinator with the specific purpose of meeting – and raising – the standard of excellence that has been established at Clemson.’

Streeter worked at Clemson with noted quarterbacks such as Deshaun Watson, Trevor Lawrence, Charlie Whitehurst and DJ Uiagalelei, the latter of whom was a prized recruit who has struggled at times.

Clemson went with freshman Cade Klubnik for the Orange Bowl after Uiagalelei entered the transfer portal, and he completed 30 of 54 passes for 320 yards and two interceptions and rushed 20 times for 51 yards and a touchdown in his first career start. 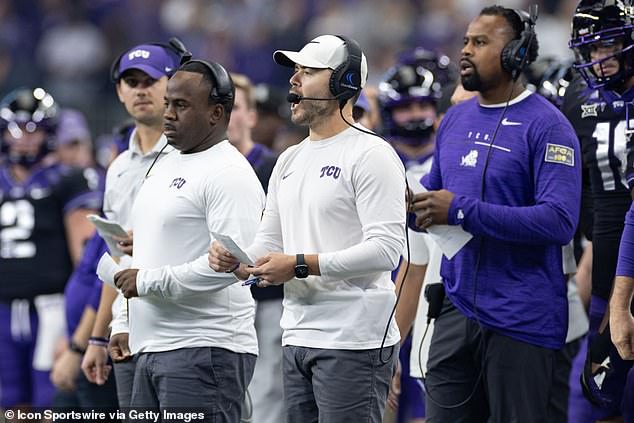 Garrett Riley, the man behind TCU’s high-powered offense, is on the Clemson Tigers’ wish list

Clemson has reportedly focused in on Riley and will look to poach him from College Football Playoff finalist TCU.

Riley, the 33-year-old brother of Southern California coach Lincoln Riley, helped lead TCU (13-2) to its first playoff appearance in his first season with the school.

He joined the Horned Frogs with first-year head coach Sonny Dykes. TCU ranked 14th in the nation in yards per play at 6.69 and led the country with 22 plays of at least 50 yards.

Riley was also offensive coordinator at SMU under Dykes for two seasons. 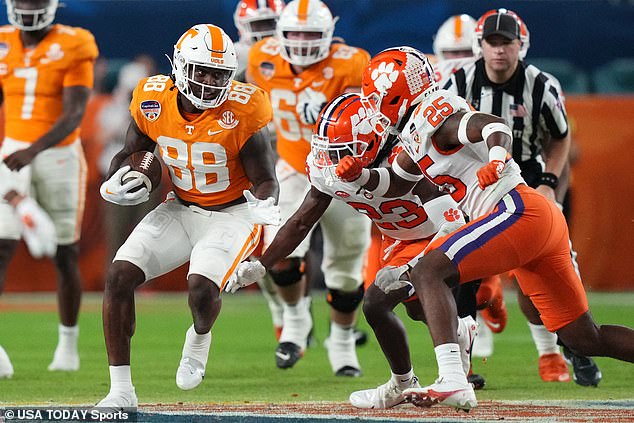 The deal is reportedly still being finalized and needed approval from the school’s Board of Trustees.

The board’s compensation committee had a meeting scheduled for Friday with a lone action item on the agenda: Football assistant coach contract, with athletic director Graham Neff.

No official announcement can be made until after board approval.