The Cleveland Browns took Heisman Trophy winner and Oklahoma quarterback Baker Mayfield with the first pick of the NFL Draft on Thursday night as controversy swelled around Josh Allen, the Wyoming quarterback who admitted to writing tweets with racial epithets as a high schooler in 2013.

The Giants took Penn State running back Saquon Barkley with the second pick.

According to Yahoo Sports, Allen repeatedly used the n-word, and in one response to the question ‘Why are you so white?’ in 2013, he replied: ‘If it ain’t white, it ain’t right!’ 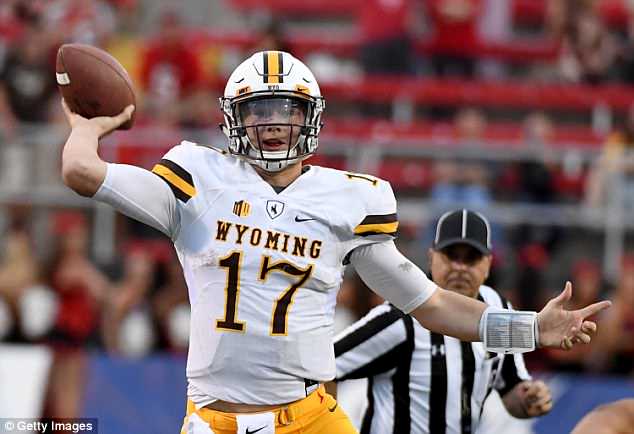 Just hours before NFL teams made their selections for the 2018 draft in Dallas, Allen scrambled to apologize for the posts, saying he was ‘young and dumb’ when he wrote them in 2012-2013.

The 21-year-old quarterback was regarded as a potential top-five pick in this year’s draft.

However the emergence of his social media posts made in high school may have effected the perception of him among NFL teams.

Falling in the NFL Draft will certainly cost Allen. 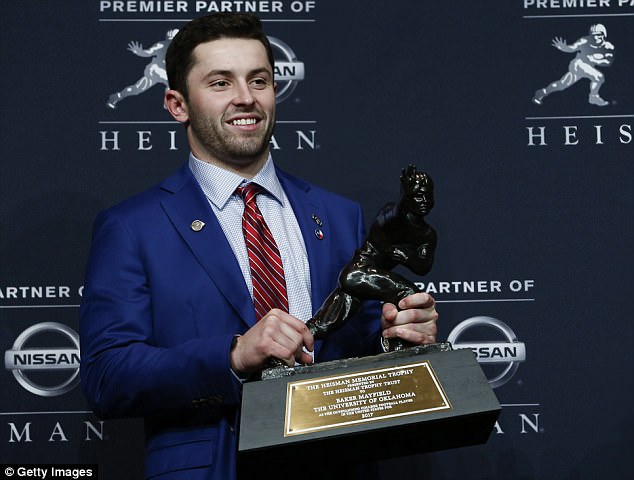 Oklahoma’s Baker Mayfield, the 2017 Heisman Trophy winner, was picked by the Cleveland Browns with the top pick of Thursday’s NFL Draft. Josh Allen had been the projected No. 1 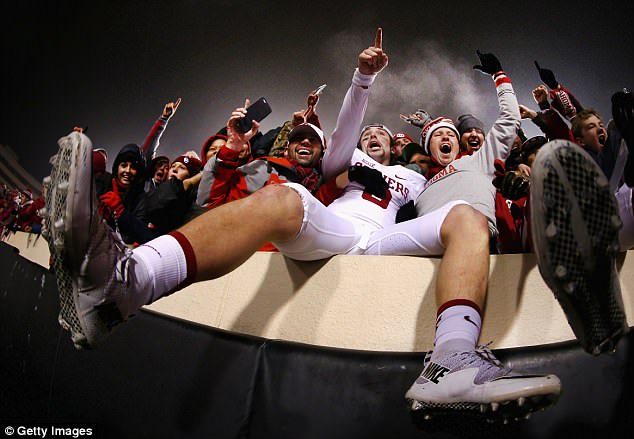 Mayfield celebrates with Sooners fans after beating Oklahoma State in 2015

Not unlike a political campaign, negative stories about NFL Draft hopefuls are regarded suspiciously, even when the parties involved admit wrongdoing.  Allen’s case echoes the social media controversy surrounding Laremy Tunsil in 2016. Video of Tunsil appearing to smoke marijuana through a gas mask emerged on draft day two years ago, bumping him down the order. He was later selected by the Miami Dolphins and now starts at left tackle

In an interview with ESPN’s Chris Mortensen on Thursday, Allen said the revelation has put him ‘in a panic,’ but explained that the tweets did not reflect his character.

‘If I could go back in time, I would never have done this in a heartbeat,’ Allen said. ‘At the time, I obviously didn’t know how harmful it was and now has become.

‘I hope you know and others know I’m not the type of person I was at 14 and 15 that I tweeted so recklessly. … I don’t want that to be the impression of who I am, because that is not me. I apologize for what I did.

‘It sucks. My family is hurting. We never envisioned a day or night like this.’

Allen’s case echoes the social media controversy surrounding Laremy Tunsil in 2016. Video of Tunsil appearing to smoke marijuana through a gas mask emerged on draft day two years ago, bumping him down the order. He was later selected by the Miami Dolphins. 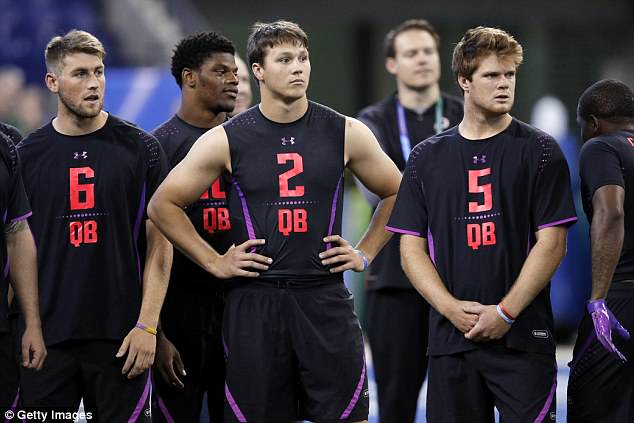 Mayfield eventually should become the 30th quarterback to start a game for the Cleveland Browns since the franchise returned as an expansion team in 1999, presumably after Tyrod Taylor — acquired from the Buffalo Bills via trade this offseason — becomes the 29th to do so. The team has been resolute that Taylor will be the starter in Week 1 of 2018, but considering no Browns QB has started all 16 games since 2001, it’s fair to say the clock is already ticking on Mayfield’s debut.

Only two of the previous 28 have made it past 25 starts (Tim Couch 59, Derek Anderson 34) with the Browns. Last year’s second-round pick, DeShone Kizer, made more starts as a rookie (15) than all but six of the other 27 on the infamous list made in their career for Cleveland, but he was summarily shipped away via trade this offseason to the Green Bay Packers.

No current quarterback on the Cleveland roster has started a game for the Browns, as Cody Kessler and Kevin Hogan were each traded away. In addition to Taylor, the team brought in veteran Drew Stanton from the Arizona Cardinals via free agency.

Mayfield started 47 games during his college career, finishing his time at Oklahoma with the two highest single-season marks in passing efficiency in FBS history (196.4 in 2016, 198.9 in 2017), breaking Russell Wilson’s record. 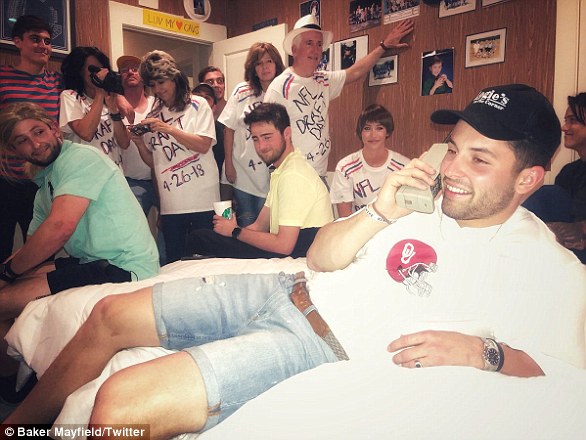 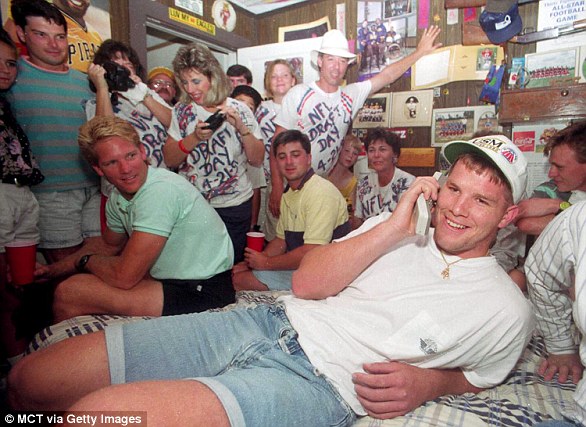 Hours ahead of Thursday night’s NFL Draft, where he might be picked first overall by the Cleveland Browns, Oklahoma quarterback Baker Mayfield took the time to precisely emulate his hero Brett Favre, right down to the trademark jorts. 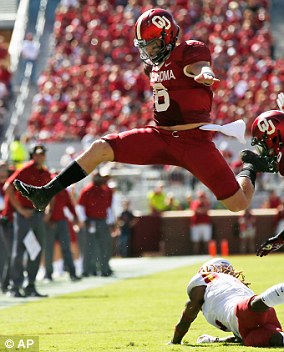 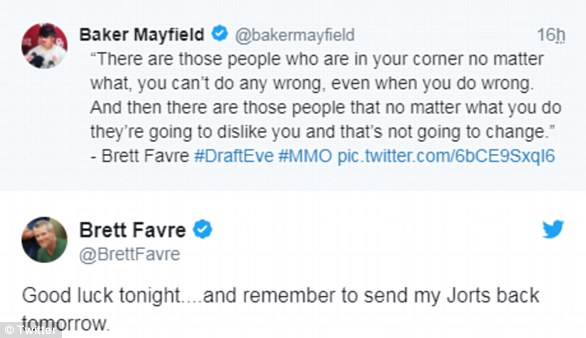