Lapping it up! Clever K9 proves it knows how to use the police station water fountain – but would you want to take a sip afterwards?

At least it appears to be the case for this police K9 who was caught on camera using the same water fountain in the police station as used by his human counterparts.

The dog, called Arko, was filmed taking a drink from the fountain in the breakroom of his precinct just before a busy shift in Rome, New York.

Wearing a fur coat all the time, Arko clear understands the importance of staying hydrated while on the job, but with no sign of a dog bowl anywhere, it seemed his only choice was to use the same tap as everybody else. 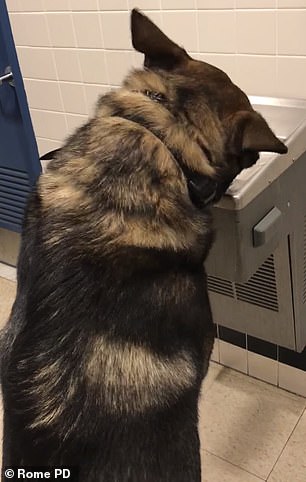 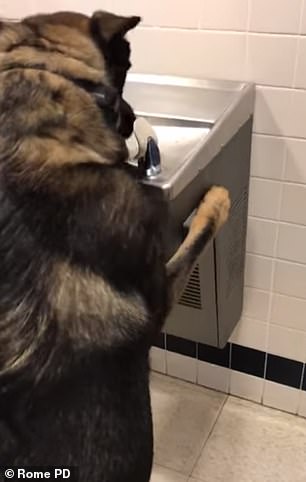 The police pet pulled himself up to the fountain and began slobbering his tongue around fawcett until every last drop had been lapped up.

But while the video appeared to amuse some viewers, it also drew comments of revulsion at seeing ‘man’s best friend’ treated as an equal when it comes to refreshment.

‘Disgusting!’ one user wrote on the video that was posted to Instagram.

‘A dogs mouth is cleaner than a humans,’ argued another.

‘I have ocd where’s the dog bowl? Oh my God that’s why I don’t drink water like that in public!’ said another echoing the thoughts of countless others. 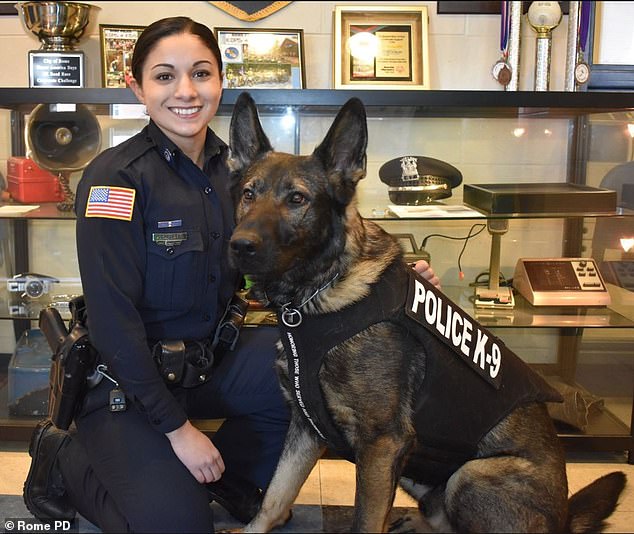 Arko is pictured with his partner in combating crime, Officer Alexandra Carletta 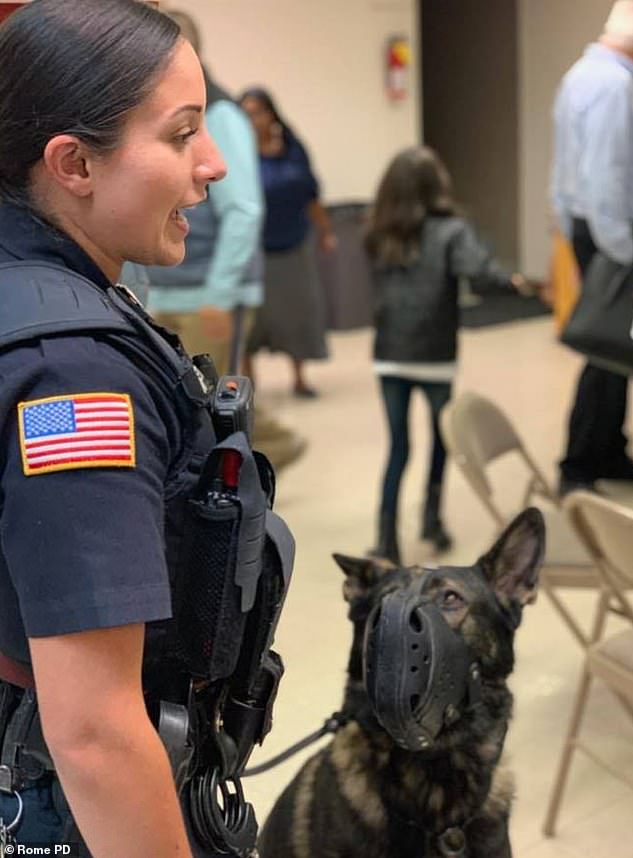 Arko looks up to his human officer, Officer Alexandra Carletta, who takes him on patrol

But one response really managed to sum up the entire issue from both sides: ‘I love dogs but….this is another good reason for me not to drink from public water fountains….’

When Arko is not tackling his thirst, he can usually be seen patrolling the streets of Rome with his partner Officer Alexandra Carletta.

The pair were named ‘Officers of the month’ last February after the pair managed to foil a burglary. 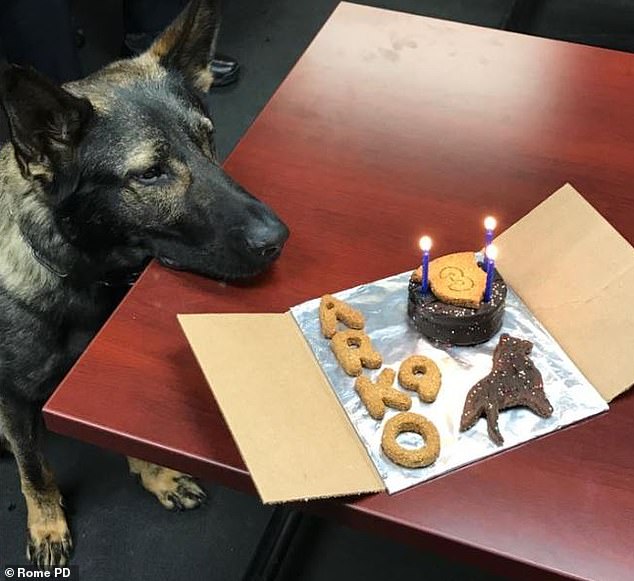 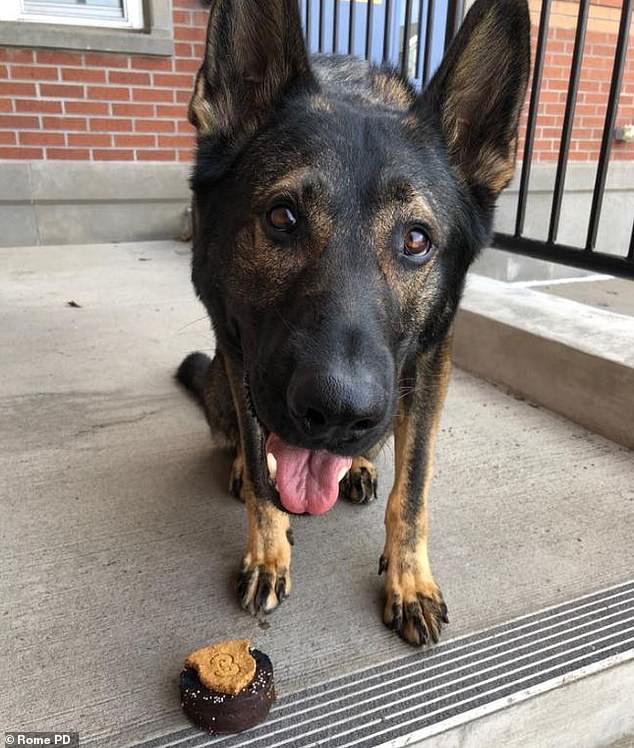 Having his cake! Now the only thing the Rome Police Department need to provide is a dog bowl so he doesn’t have to keep on using the fountain!