Clifford The Big Red Dog has been pulled from Paramount’s release schedule over concerns about the COVID-19 Delta variant.

The news about the forthcoming feature’s delay was first reported by Deadline, who noted that the film’s distributor was looking for a new date on which to make the movie available to the public.

The upcoming flick was initially supposed to make its debut on September 17th, following its planned world premiere at the Toronto Film Festival.

Having a ruff time: Clifford The Big Red Dog has been pulled from Paramount’s release schedule as a response to concerns about the COVID-19 Delta variant

The media outlet also expressed that the studio was looking to push Clifford The Big Red Dog’s premiere to September 22nd, although nothing solid about the new date was ever made clear.

Any references to the film have also been removed from the Toronto Film Festival’s official website.

The motion picture is based on the children’s book series of the same name, which was created by Norman Bridwell.

A feature-length animated film entitled Clifford’s Really Big Movie was released in 2004, with John Ritter providing the voice of the titular character. 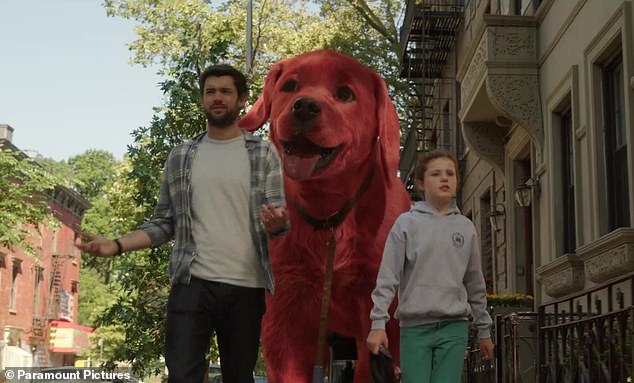 Taking a paws: The forthcoming feature was supposed to make its premiere at the upcoming Toronto Film Festival and be released to the public on September 17th

Dogged determination: Deadline reported that Paramount was debating releasing the movie on September 22nd, although the film has not been given that date

Development on the feature initially began in 2012, although reports emerged that the project had been canceled the following year.

However, Universal Pictures later announced that the film was still being worked on in 2013, with David Bowers initially being set as the director.

Three years later, Paramount Pictures purchased the rights to the project and began planning out its timeline.

In 2017, it was announced that Walt Becker had been selected to helm the forthcoming film.

Chasing talent around: Although David Bowers was supposed to direct the feature, Walt Becker was later brought on the helm the flick

The feature’s script was re-written by Ellen Rapoport from an original version that Justin Malen penned.

Clifford The Big Red Dog will be centered around a girl named Emily Elizabeth, played by Darby Camp, who receives a red puppy from a magical animal rescuer, who will be portrayed by Monty Python alum John Cleese.

When her pooch grows to giant size, the youngster and her Uncle Casey, whose role will be filled by Jack Whitehall, head out into the streets of New York City while evading the efforts of a genetics company who wish to obtain the pet.

Storyline: The feature will be centered around a young girl who is presented with a red puppy that grows to a giant size

Also set to appear in the forthcoming feature include Sienna Guillory, Kenan Thompson and Paul Rodriguez, among others.

David Alan Grier will provide the voice for the film’s titular character.

Production on the movie began in June of 2019 at locations around New York City and was completed by August of that year.

Working their tails off: Physical production on the feature began in June of 2019 and was completed by August of that year

Clifford The Big Red Dog was initially supposed to be released in both April and December of 2016, although it was later delayed.

The feature was eventually given a release date of November 5, 2021, and was further pushed back after a second rescheduling that placed its debut in that same month.

Its current release date is currently unknown, although it may be made available for streaming on the Paramount+ service in the future. 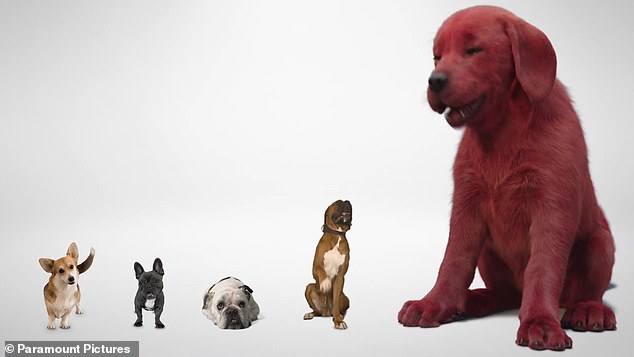 Future release: Clifford The Big Red Dog does not have a set release date in place, although it may be made available on the Paramount+ streaming service