Species of sharks that normally swim in waters near the equator have started to trek north due to climate change, officials have warned.

Local officials are concerned because the sharks are not native to the area and could pose a threat to swimmers.

Sharks that normally swim in warmer waters have trekked north due to climate change, including the blacktip reef shark (pictured) 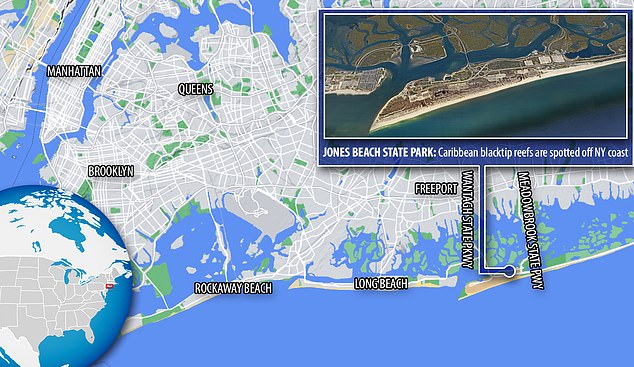 ‘These are really unique sharks…they’re Caribbean sharks. They’re known to come close to the shoreline in feeding areas. So the concern is obviously with swimmers.’

Human activity over the past 40 years has changed the behavior of animals, increasing their movement by up to 70 per cent, a new study has warned.

Researchers from the University of Sydney analyzed 208 separate studies on 167 animal species published since the early 1980s to track animal movement.

Human activity such as logging and urbanization, as well as episodic events like hunting and military activity, disrupts animal movement as they flee humans or travel further to find mates and food, the study found.

Animals looked at ranged from the sleepy orange butterfly to the heavily culled European badger, the black bear and the 2,000 kilogram great white shark.

There have been just 14 non-fatal unprovoked attacks on humans by blacktip reef sharks, according to data from the International Shark Attack File.

The vast majority of unprovoked attacks by sharks on humans comes from three species of sharks – bull, great white and tiger.

‘Climate change is definitely playing a role […] especially in the sightings we’re seeing this year and last year,’ Paparo said.

‘As sea temperatures are rising due to climate change, a lot of fish populations are shifting north,’ he added.

The International Union for the Conservation of Nature states blacktip reef sharks are considered ‘Near Threatened,’ susceptible to fishing and habitat destruction.

Earlier this month, researchers discovered that different species of sharks that share the same waters hunt in ‘shifts.’ Blacktip sharks were most active during evening hours, peaking just before 8 p.m.

Blacktip reef sharks are not the only species being pushed north because of changing weather patterns.

In February, researchers in California found that great whites were moving north off the California coast, from Santa Barbara all the way to Bodega Bay, to seek cooler waters as a result of climate change. 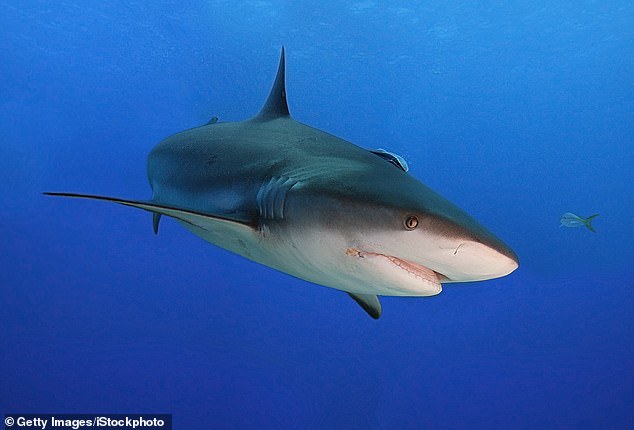 Though climate change is impacting the migrations and hunting patterns of the apex predators, it’s also impacting how they swim.

In March 2020, Australian researchers found that sharks became ‘right handed,’ swimming to the right, after swimming in tanks heated to simulate temperature changes that are expected by the end of the century.

Rising sea temperatures may also negatively impact young sharks by shortening their freeze response times they implement to keep from being eaten by predators such as large fish and other sharks, a recent study found.

As a new study sheds light on the hunting and feeding behavior of sharks, including the dangerous bull shark, these apex predators have long terrified and fascinated humans at the same time.

Bull sharks, commonly found in warm waters, are likely responsible for the majority of near-shore shark attacks, including biting other species.