Poison ivy, a common summertime nuisance that causes allergic reactions in most people, is being supercharged by climate change, according to ongoing research.

Numerous reports in recent years indicate that soil temperatures have increased substantially around the globe in the 21st century.

Mohan is conducting experiments in the Harvard Forest, a 3,000-acre managed forest in Petersham, Massachusetts, that is used by the Harvard University and outside experts for scientific research.

That 9 degree increase is a worst-case scenario for soil warming, but even a more moderate uptick—equivalent to the 2° Fahrenheit the air temperature has increased since 1880—causes poison ivy to proliferate more quickly.

Other plants in the forest only grew between 10 and 20 percent faster in warmer soil, Mohan told Grist, which made the poison ivy plants grow larger, as well.

‘So far, poison ivy benefits from CO2, and it benefits from warmer conditions, and gosh only knows what happens when we do them both,’ Mohan told the climate-news site. ‘Which is of course what the planet is doing.’

Rising greenhouse gasses are causing soil temperatures to rise and poison ivy to grow bigger and more prevalent, according to researchers

In 2006, Mohan first published evidence illustrating that poison ivy grew double its size when exposed to levels of carbon dioxide environmental scientists predict will be in the atmosphere by 2050.

‘Poison ivy and vines in general really, really benefit from higher atmospheric CO2,’ Mohan told the Pittsburgh Post-Gazette in 2013. ‘Vines use the infrastructure of trees, which means they can use carbohydrates generated from photosynthesis to make bigger, greener leaves.’

According to the US Department of Agriculture, poison ivy’s growth and potency have both doubled since the 1960s.

The agency says both could double again as carbon dioxide levels hit 560 parts per million (PPM), as expected within the next 30 to 50 years. 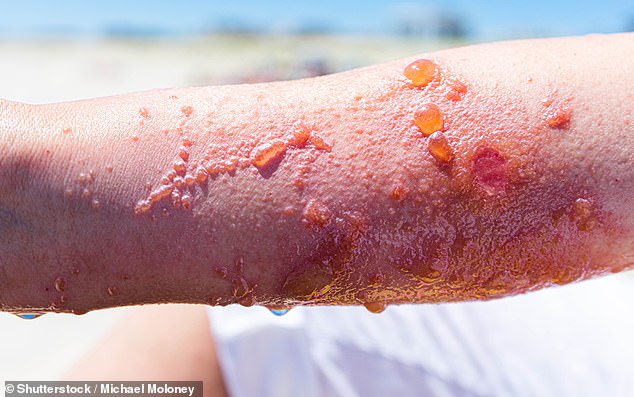 Urushiol, the resin in poison ivy leaves, causes blisters and severe itching in up to 85 percent of the population. Increased CO2 levels are making urushiol more potent, scientists say. 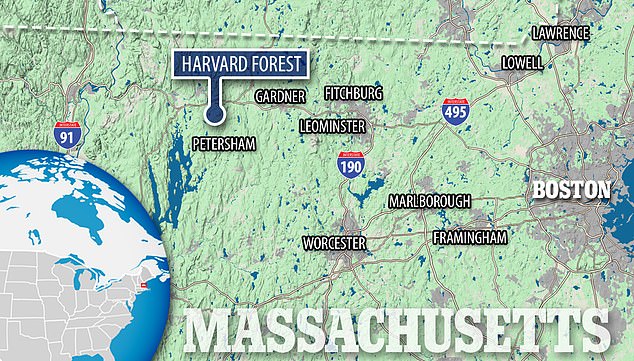 Harvard Forest is a 3,000-acre forest managed by Harvard University  in Petersham, Massachusetts, that Mohan used to analyze how soil temperature is impacting poison ivy’s growth.  Even a more moderate uptick, equivalent to the 2° Fahrenheit the air temperature has increased since 1880, causes poison ivy to proliferate more quickly

Poison ivy leaves produce urushiol, a resin that typically causes redness and swelling when it comes in contact with bare skin, followed by blisters and severe itching.

Mohan’s 2006 study, published in Proceedings of the National Academy of Sciences of the United States of America, indicated the boosted CO2 levels also made the urushiol more potent.

Thankfully, rising soil temperatures didn’t seem to make the urushiol stronger on its own.

The nuisance weed thrives in ‘disturbed landscapes,’ the Society for the Protection of New Hampshire Forests reports—including roadsides, abandoned lots and even near beaches. 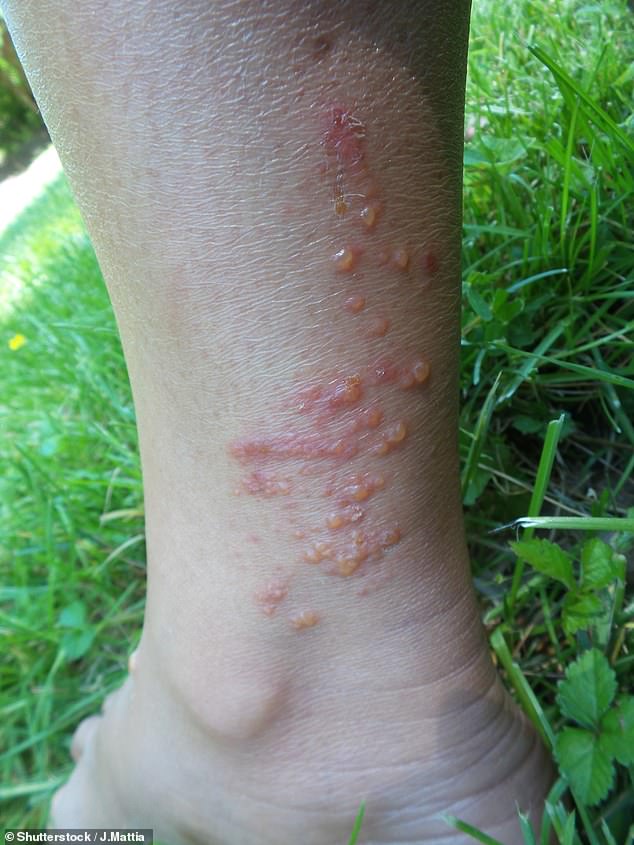 Poison ivy flourishes in ‘disturbed landscapes,’ like roadsides, picnic sites, abandoned lots and even near beaches. As humans develop more wildlife areas, experts expect the toxic weed to become even more of a nuisance

‘Bulldozers and excavators create huge swaths of raw land and poison ivy is the master of colonizing these edges and margins,’ according to the 120-year-old ecological organization.

It flourishes where there’s sunshine and few other plants competing for resources.

As humans increasingly encroach on wildlife areas, the amount of poison ivy is predictably increasingly, according to a February 2021 study in the journal Physical Geography.

‘It’s not very prevalent in the middle of the forest, let me tell you,’ Jelesko said. ‘Whenever you get to disturbed habitat you find a lot more of it.’

ITCHING TO KNOW: WHAT IS POISON IVY?

Poison ivy, whose scientific name is Toxicodendron radicans, is found across the continental United States, though its most abundant in eastern states, as well as in areas of China and other parts of Asia.

It’s more prevalent now than when Europeans first arrived in North America, in part because it thrives in ‘disturbed environments’—well-worn trails, real estate developments and other areas altered by human traffic. 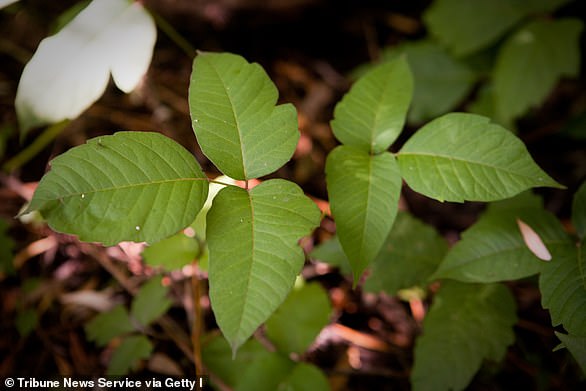 Poison ivy is more prevalent now than before Europeans arrived in America, experts say, because it thrives in areas disturbed by humans

Poison ivy leaves produce urushiol, a resin that typically causes redness and swelling when it comes in contact with bare skin, followed by blisters and severe itching.

About 85 percent of the population is allergic to poison ivy, poison sumac or poison oak, according to the American Skin Association—with 10 to 15 percent severely allergic.

Strangely, aside from humans and a few other primates, other animals seem immune to the ivy’s irritating effects—it’s eaten by deer, bear and deer, bear and other woodland animals.