‘He will HATE watching this back’: Clint Dempsey says USA captain Tyler Adams was punished for his first mistake at the World Cup as he failed to run back with Memphis Depay before the striker scored for Holland – and USMNT fans agree

Clint Dempsey believes captain Tyler Adams made his first mistake of the World Cup for Holland’s opening goal against USA after failing to track Memphis Depay’s run before he scored.

Depay made a long run from deep and was unmarked as he converted a cutback from Denzel Dumfries with a powerful finish in the 10th minute of the game in Qatar.

Adams could have done more to prevent the goal. As Holland attacked down the right, Adams was almost shoulder-to-shoulder with Holland attacker Depay in the center circle.

Sensing the danger, Depay sprinted up the pitch to get in position for the ball to potentially fall to him, while Adams only jogged back. Had he followed Depay, he would almost certainly have been on hand to stop the shot that went in. 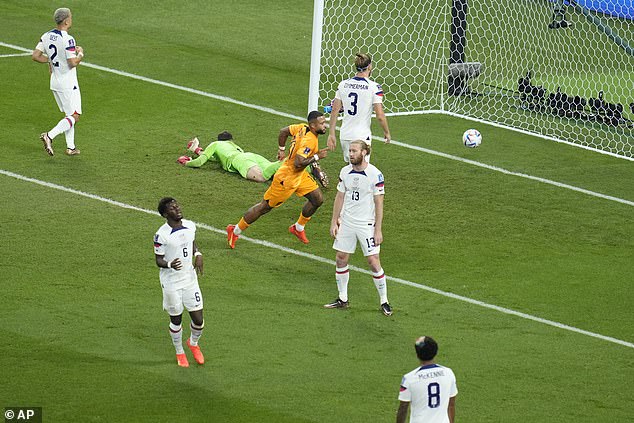 ‘Tyler Adams is going to hate watching this back, Memphis just beats him to the spot,’ FOX analyst Clint Dempsey said. ‘Not fun to watch.

‘It’s unfortunate for Tyler, the one mistake he’s made this entire tournament and he’s got punished for it’

Fans were equally as critical of their captain’s role.

‘Pretty cool seeing Tyler Adams stop running to defend and letting Memphis get open all alone. Insane how bad we are offensively,’ said one fan on Twitter.

Another wrote: ‘That’s definitely a Tyler Adams error. He’s gotta cover that guy. Instead he jogs behind him and lets him get a free clear shot in the middle of the box.’

And another view of a USMNT fan was: ‘Tyler Adams is a class act, maybe our classiest. & the Netherlands goal was pristine. BUT he totally didn’t hustle back to guard Memphis in the box for the Dutch goal. can he & his midfield comrades climb back into the game?’ 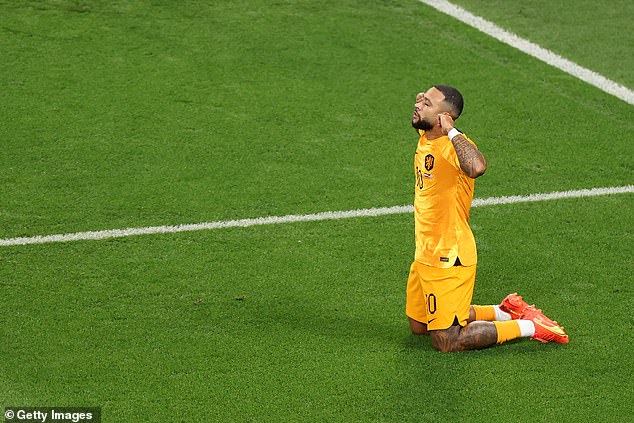 Adams has otherwise been a standout performer for the USA at the World Cup and took on the captaincy after coach Gregg Berhalter held a vote before the first game against Wales.

The 23-year-old also won respect for his conduct off the field when he was grilled by an Iranian journalist before the game between the two teams on Tuesday.

Adams was criticized by one journalist for his American pronunciation of ‘aye-ran’ and asked how he felt to captain a country where there is discrimination against black people.

‘My apologies on the mispronunciation of your country. That being said, there’s discrimination everywhere you go… in the U.S. we’re continuing to make progress every single day… as long as you make progress that’s the most important thing,’ Adams said.