Clive hired a ‘master builder’ to fix up his four-bedroom Somerset home… but he still lost £84,000

When Clive Allen bought his four-bedroom Victorian property four years ago, it needed a new roof, windows, plumbing and electrics.

Clive, 45, didn’t know of any good, local builders in the Somerset area, so he searched online and found a company vetted by the UK’s largest professional body, the Federation of Master Builders.

Confident that this meant the firm had been subjected to a series of strict checks, Clive hired White Eagle Modern Building Solutions to do the job.

High and dry: Clive Allen was a victim of rogue builders which has left him some £84,399 out of pocket

But nearly four years on, he is tens of thousands of pounds out of pocket and the house is still not finished.

Clive is not alone. Since the start of the year, Citizens Advice has received 44,600 complaints about home maintenance and building works.

More than two-thirds of these were about substandard service, unsatisfactory work and missed deadlines. A further 18 per cent were about a breach of contract.

Clive had told the firm it was vital the work was completed as quickly as possible because his parents, who were unwell, were moving in.

The work was supposed to be completed in April, but Clive, who runs a business letting properties, quickly began to worry that the builders were falling behind.

‘They had started stripping the house but it was a slow start,’ he says.

‘I couldn’t see how they could finish the work when they promised, given the pace they were moving.’

Clive, who was renting a flat in the area while he waited for the house to be finished, visited the site twice a week and noticed the builders often weren’t there.

He says they never seemed to finish any one part of the house before moving on to the next and weren’t making much progress.

The completion date was pushed back to the end of May, June and then July.

In April, Clive was told the work would have to stop altogether for three weeks because the builders had been in a car accident in Trowbridge, Wiltshire.

Two months later, he was told all the builders had gone back to Poland, but that more would be arriving soon.

He refused to pay any more – but it was too late.

By this point, the company director, Paulina Kubicz, had stopped responding to emails and the phone line was dead. 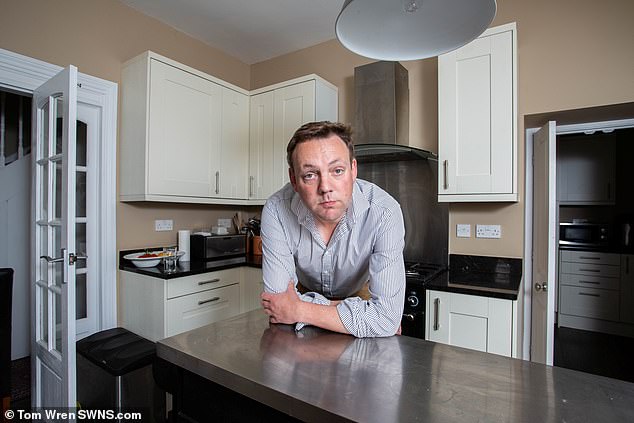 Mr Allen, 45, searched online and found a company vetted by the UK’s largest professional body, the Federation of Master Builders

Clive went to the house and found the site had been completely cleared.

Unbeknown to Clive, the directors of the company had resigned and started the liquidation process in January — just a month after agreeing to work on his house.

He discovered this only in July, when the liquidator wrote to all the customers tell them he had been appointed.

Then, last year, Ms Kubicz was prosecuted for fraudulently moving funds from company accounts while the firm was being wrapped up.

After the court case, Clive was awarded £16,207 in compensation.

But when a company goes bust and has no assets, there is often no money left to pay anyone.

He also had to pay a further £90,000 to another construction firm to finish the work. 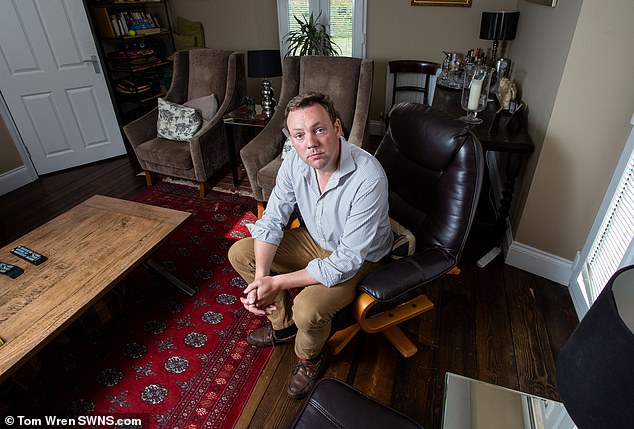 Clive had put his trust in the FMB to vet its members by checking their credit history and subjecting each to an inspection by the British Board of Agrément, one of the UK’s leading notified bodies in the industry.

Clive adds: ‘I could see the firm had lots of experience and it provided references from previous customers. I also checked the company accounts and reviews and nothing appeared adverse.’

After White Eagle Modern Building Solutions dissolved the company, he discovered it had two County Court Judgments, where it had not paid money it owed — which the FMB had failed to pick up.

Andrew Leakey, a consumer rights lawyer at law firm Stephensons, says that failing to spot the firm’s CCJs and checking the companies only every three years presents serious gaps in the FMB’s verification process.

The FMB says it has the fullest sympathy with Clive and the distress he was put through.

It says its records show it carried out the usual checking procedures but admits it may have fallen short. It refuses to pay Clive a penny to cover losses.

A spokesman says: ‘We are a not-for-profit trade association and our business model doesn’t allow us to offer compensation to clients.

‘We continue to review the robustness of our vetting and inspection regime.

‘When it is clear that any firm within our membership does not accord with the standards we set, we can, and do, take action, including expelling them from membership.’

The Department for Business, Energy and Industrial Strategy says it is committed to ensuring consumers are protected from rogue builders and ‘regularly reviews how standards in the sector could be improved’.

How to protect yourself