Confirmed: Honda’s Swindon car plant closure has been ‘set in stone’ for July 2021

Honda has confirmed that its car factory in Swindon will close in July next year.

The announcement is the first time a specific date has been ‘set in stone’ for when the plant will close, leaving 3,500 staff out of work.

The 380-acre site, which produced some 109,000 cars last year, is currently the home of global Honda Civic production and assembly will continue until the designated date.

Swindon shutdown set in stone: The Wiltshire plant will officially close in July 2021, it has been confirmed

The closure of the factory was one of the big motor industry stories of 2019 along with job losses at Jaguar Land Rover, Ford’s engine plant in Bridgend and Vauxhall’s Ellesmere Port assembly line.

The Japanese car maker announced it was shutting the site due to global changes in the car industry and the need to launch electric vehicles, with development being brought closer to home.

Former business secretary Andrea Leadsom – who was today sacked by Boris Johnson as part of his cabinet reshuffle – said yesterday that the closure of the factory is now ‘very clear’ and officially ‘set in stone’.

‘The final departure date of July 2021 is set in stone which gives clarity to everyone there and it allows clarity on what else could be done on the site,’ she said.

Honda has said the vast majority of its staff will still be employed at the facility producing cars right up until this deadline.

Redundancy packages have been given to those who are facing job losses.

While the closure will directly impact the 3,500 employees at the plant, it’s been estimated that it will widely hit 15,000 people who are either direct Honda employees or workers within the supply chain for the vehicles. 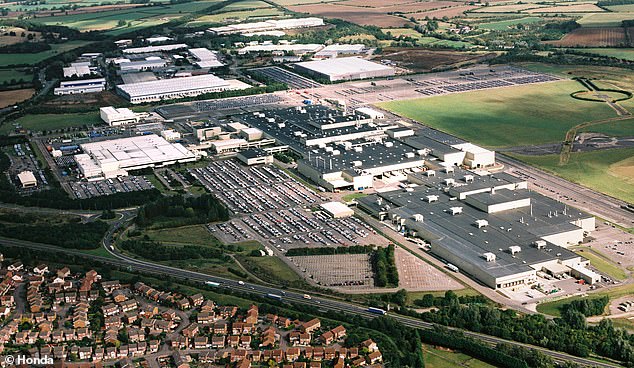 The Swindon factory – which spans 380 acres – received a £267 million investment in September 2012. It was originally bought by Honda in 1985 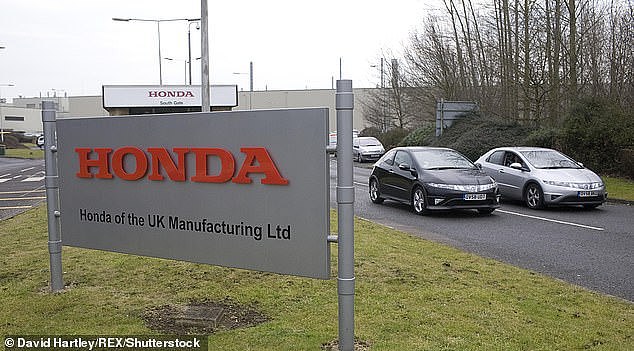 Honda has been making the latest version of the Civic hatchback at Swindon. It said it will shift a greater chunk of production of cars back to Japan while the industry goes through the switch to electric vehicles

The Government has set up a task force of local leaders, unions and Honda representatives to decide on the future use of the land once the factory has been decommissioned.

Swindon Borough Council and the Government would like to retain the site – which was formerly an airfield before being bought by Honda in 1985 – for industrial use rather than housing.

However, the ultimate decision lies with Honda and who it sells the facility to.

Leadsom added: ‘Honda’s decision to close manufacturing operations in Swindon was a significant blow to the local community.

‘Since it was set up, the Honda Taskforce has worked hard to support the workforce and the supply chain, as well as to find a positive way forward for developing the site.

‘We are clear that Swindon remains a vital location for advanced manufacturers to invest – in large part thanks to the skills of the dedicated local workforce.’