CNN mainstay Jim Sciutto will be off air ‘for a few weeks’ after network bosses ordered him to address a ‘personal situation.’

The leave follows a ‘serious fall’ Sciutto suffered while in Amsterdam earlier this year as he returned from reporting in Ukraine.

Sciutto, 52, last presented the Newsroom on the struggling network alongside Poppy Harlow on Monday. He did not appear on the show after that appearance.

A media source has told DailyMail.com that Sciutto is now on ‘personal leave’. CNN has not responded to requests for comment.

Jim Sciutto and his wife Gloria Riviera attend the 2018 White House Correspondents’ Dinner at Washington Hilton on April 28, 2018 in Washington

The Daily Beast’s Confider reported earlier this week that Sciutto underwent the internal investigation at CNN earlier in 2022. The website says that the investigation was prompted when Sciutto suffered a ‘serious fall’ while in Amsterdam.

Sciutto, who worked in the Obama administration as chief of staff and senior advisor to US Ambassador to China Gary Locke, was in the Dutch capital with a so far unidentified producer. Sciutto was returning from a spell reporting in Ukraine when the incident occurred.

Oliver Darcy, a senior reporter with the network, revealed Sciutto would be out for weeks in his Reliable Sources newsletter on Friday.

The Confider report notes that CNN has been flying their people directly out of the embattled nation via Poland, so it’s not clear why Sciutto decided to stop off in the Netherlands.

The article goes on to says: ‘We hear Sciutto has since recovered from the incident.’ The report links his current absence to the Amsterdam trip.

Sciutto typically anchors CNN Newsroom Monday through Friday alongside Harlow. He regularly writes articles for the network’s website and weighs in on other show’s with regard to national security issues.

On October 3, Sciutto published an article on CNN.com titled: ‘US considering responses to possible Russian escalation in Ukraine, including its potential use of tactical nuclear weapons.’

The Emmy Award winning Sciutto has been married to his wife, former ABC News correspondent Gloria Riviera since 2006. The couple have three children together.

Sciutto has made three trips to Ukraine in 20220 in his role as CNN’s chief national security reporter.

The first was in February, the second in March and the third and most recent was in at the end of April.

On May 1, Sciutto posted a photo in Poland on Twitter, where CNN has been flying their people out of Ukraine from. The following day, he was back in CNN studios presenting his show.

According to a March 10 tweet, Sciutto’s celebrated his birthday while reporting in Ukraine. 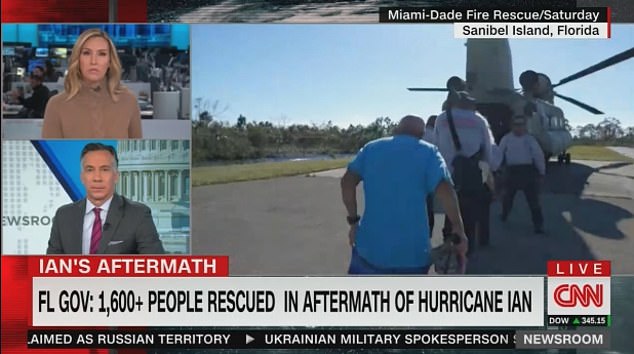 Sciutto, 52, presented the Newsroom on the struggling network alongside Poppy Harlow on Monday 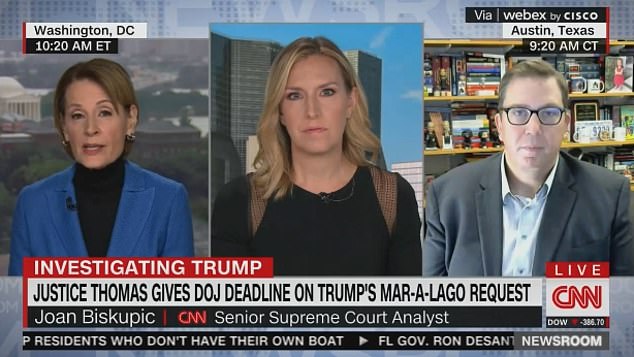 Sciutto did not appear on the show on Tuesday or Wednesday 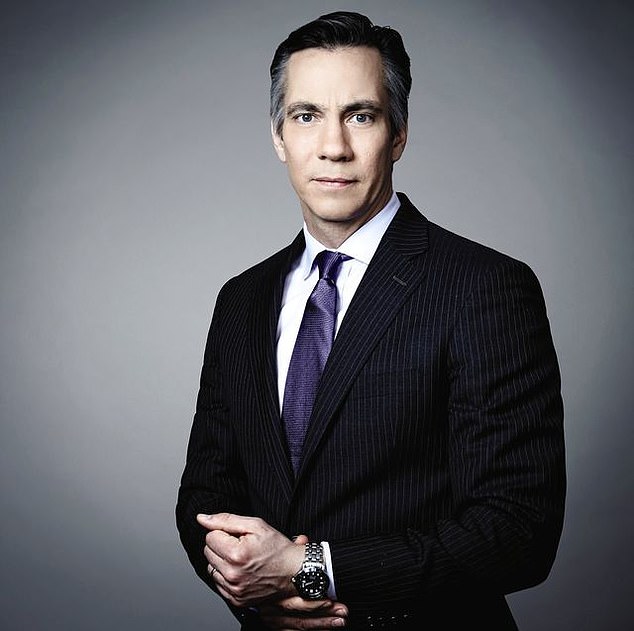 Licht, who replaced ousted boss Jeff Zucker last February, added that other changes include anchor Alisyn Camerota and legal analyst Laura Coates sharing the 10pm through 12am time slot – a post that will be left abandoned by Lemon.

‘By adding the insights, experience and strong voices of Alisyn and Laura, we will advance and expand on that coverage, creating something complimentary and compelling in primetime,’ Licht said of Camerota and Coates.

Since taking the helm, Licht, has demonstrated a desire to move away from opinionated reporting that became especially prevalent during Donald Trump’s election campaign and subsequent presidency.

Insiders have since said that the longtime televisions exec – headed Stephen Colbert’s Late Show for six years until it was announced he was replacing Zucker – wants to return to the station’s roots as a hard-hitting news source.

However, the recent shakeup with Lemon – who has long criticized conservatives such as Donald Trump and has touted woke ideals on the air – seems to contradict this effort.

CNN announced the change last week, revealing that Lemon will officially sign off from his 10 p.m.-midnight block on October 7.

At that point, the network will launch its new morning program, which will be headed by Lemon, as well as co-anchors Poppy Harlow and Kaitlan Collins.

So far, Jim Sciutto appears to have been unaffected by the shake-ups at CNN.