CNN is moving Chris Cuomo to prime-time, making room for the anchor by taking an hour away from Anderson Cooper’s show.

On Wednesday, the network announced that Cuomo would be leaving their morning show ‘New Day’ to anchor his own show at 9pm come this spring.

The 9pm slot is currently used as the second hour of Anderson Cooper’s show ‘AC360’ which has been struggling to compete with its competitors – Fox’s ‘Hannity’ and MSNBC’s ‘The Rachel Maddow Show’.

‘Cuomo Prime Time’ got the green-light from CNN after a test run in January. CNN has not said the exact date the show will premiere. 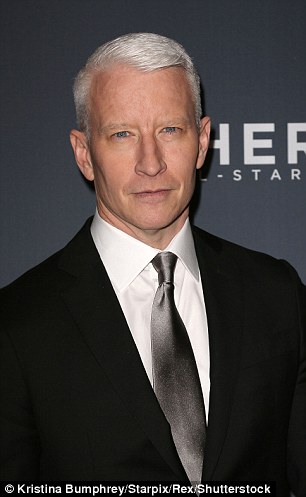 Chris Cuomo (left) is getting his own prime-time show at CNN, taking an hour away from Anderson Cooper’s (right) AC360

The show will include interviews with politicians and other newsmakers, news analyses and breaking stories.

Cuomo’s spot on ‘New Day’ will be filled by CNN’s John Berman, who will co-anchor with Alisyn Camerota.

Berman has been co-anchoring the 9am-11am shot with Poppy Harlow. Harlow will now anchor that slot alone.

This is the first major shake-up to the network’s line-up since Don Lemon joined in 2014.

‘We need to be live. There’s so much going in every single day, and it made sense just to be on the news. That’s what CNN is all about,’ Bass said.

Under Cooper, the 9pm hour has been coming in a distant third in ratings to Hannity and Maddow. Hannity and Maddow regularly draw 3 million viewers a night, while Cooper in February averaged just above 1 million.

When Cuomo starts his tenure in prime-time, he hopes to offer something his competitors aren’t bringing to the table.

‘They have huge numbers. I have huge respect for their success, and I take nothing away from them,’ Cuomo told Variety. ‘But the point is, I don’t know where their partisan fights are getting us.’

He says his show will highlight ‘debating with decency,’ bringing people from both sides of the political spectrum to the table for discussions, with Cuomo moderating.

‘You put two people on one side of the divide, and let them go at it with me,’ he said.

He is the son of the late New York Gov. Mario Cuomo, and the brother of current New York Gov. Andrew Cuomo, a fact that might make reporting difficult should his brother decide to run for president in 2020.