More than 30 Co-op bookstores will disappear over next few months after the chain collapsed with debts of $15million.

The demise of yet another retailer and uncertainty of about 200 jobs comes after the chain’s owner went in voluntary administration at the end of last year.

Co-op, which has provided university students with textbooks since it was founded in Sydney in 1959, has been sold to online retailer Booktopia.

‘The Co-op business has been an iconic Australian campus bookstore chain for almost six decades. We are thrilled to be able to continue the legacy that has served Australian students for so long,’ Booktopia co-founder and CEO Tony Nash said.

Co-op, which was founded by students in Sydney in 1959, has been sold to online retailer Booktopia

‘Unfortunately, we will not be able to trade as the Co-op because we are not a co-operative. We were hoping to use the name going forward but it is not to be.

‘Over the past four to five years our higher education textbook sales have had phenomenal growth and we are committed to growing them even further.’

Booktopia will not have the same on-campus presence as Co-op once had but the administrators have agreed to keep the shops open for the first few weeks of the uni term to allow a smooth transition.

There are more than 30 branches across the country and Co-op employs about 200 people.

In November last year, the Sydney Morning Herald reported the company behind Co-op and Australian Geographic owed $15million to suppliers.

One of the administrators from Price Waterhouse Coopers, Phil Carter, said in a statement at the time: ‘The Co-op Bookshop has been a successful and integral part of university life for generations of Australians, and Curious Planet is a well-loved educational and scientific store. 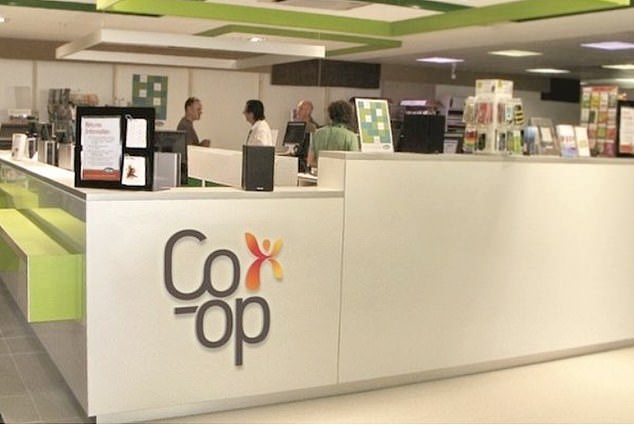 ‘We intend to keep all Co-op Bookshop and Curious Planet stores operating on a business as usual basis while we seek interested parties for the sale of the business on a going concern basis.’

The end of the Co-op comes as Australia’s retail market continues to take a dire turn, with more than 170 stores tipped to close this year.

Household names like Harris Scarfe, Bardot, Roger David, and Napoleon Perdis dropped like flies in the past year with dozens of stores closing resulting in heavy job losses.

Australian retail growth is at its worst level since the early 1990s recession and international giants like Amazon and Aldi threaten to further the shake up.