Co-op is extending a trial of cashless shopping that could see tills completely disappear from its stores.

In 30 shops across the country, customers can pay for items as they go by scanning them with a smartphone.

Shoppers download the Co-op app and use their camera as a scanner – before paying via Apple Pay or Google Pay. 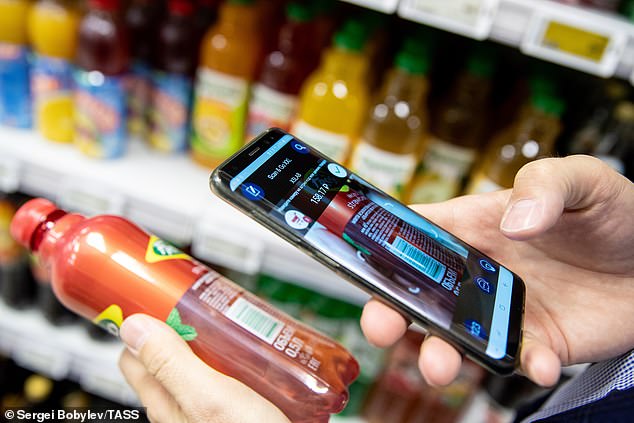 Customers can pay as they go by shopping, scanning items with their smartphone before paying with Google Pay or Apple Pay

Conventional checkouts and self-service tills are still available. However, the trial points to a future where the till becomes obsolete.

Co-op said the app adds ‘choice and convenience into the retail experience’.