A dark-colored dust devil was spotted spinning near a coal mine in West Virginia on Monday in what’s being dubbed a ‘coalnado’.

Video footage shot by Randy Walters shows coal whirling over a surface mine in the Elkhorn area.

‘It was very loud,’ Walters told Storyful. ‘I heard it before I saw it.’

The dark-colored dust devil was spotted spinning in West Virginia. Dubbed a ‘coalnado, the whirlwind was spotted near a surface mine in Elkhorn on Monday afternoon.

Walters said he sees dust devils ‘pretty regularly’ but they are usually only two or three feet tall.

While it may not be obvious it’s not a tornado at first glimpse of the clip from the McDowell County man, the sky remains blue in the background. 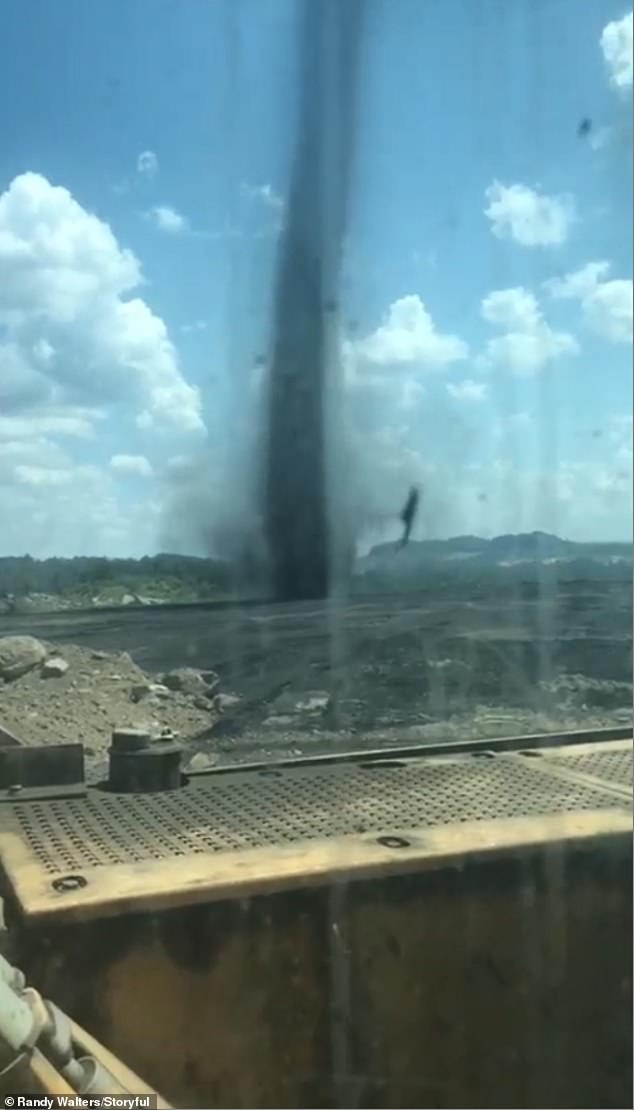 The whirlwind was over a coal stockpile that had been cleaned up and loaded away, heavy equipment operator, Randy Walters said about the 15-second video. He says it dissipated 10 seconds after he stopped recording

Tornadoes descend from the base of thunderstorms and appear thinner as they reach the ground.

This weather system captured on video is similar to a tornado but dust devils usually form on the surface in hot, dry weather. 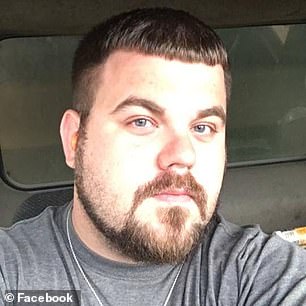 They ascend when the sun heats one surface faster than another and in this case the dark matter of the coal absorbed more rays and formed hot columns of air.

When heated pockets of air are caught by wind changing direction, it can create the rotating columns seen in the striking footage.

But the whirlwinds in the ‘coalnado’ are much weaker than tornadoes, WVVA Chief Meteorologist Katherine Thompson says.

While people are advised to keep their distance, they are considered harmless and have only been known to create isolated damage to homes and trees on occasion.