Coastguard calls off search for brothers, 16 and 18, who vanished off Lancashire coast

Coastguard calls off search for boys, 16 and 18, who vanished in the sea off Lancashire coast as police name missing teenagers as brothers from West Yorkshire

A search for two teenage brothers has been called off after they went missing in the waters near St Annes Pier in Lancashire on Saturday.

A 15-year-old boy is being treated in hospital after he managed to swim to the shore.

All three teenagers are from Dewsbury, West Yorkshire.

In a statement, Lancashire Police said: ‘Sadly, despite searching, our colleagues HM Coastguard and the RNLI have not been able to find missing brothers Muhammad Azhar Shabbir, 18, and Ali Athar Shabbir, 16, from Dewsbury who got into difficulty in water close to St Annes Pier yesterday evening.

‘The search has now been stood down but may reconvene later today. We will update you if they are found.’

Officers also revealed the 15-year-old boy being treated in hospital is a cousin of Muhammad and Ali.

Coastguard rescue teams from Lytham and Fleetwood and the coastguard search and rescue helicopter from Caernarfon attended the scene on Saturday after they received a 999 call just before 6.40pm, said HM Coastguard.

They were joined by RNLI lifeboats from Lytham St Annes and Blackpool, and independent rescue service Southport Lifeboat, together with Lancashire Police and North West Ambulance Service.

The coastguard helicopter is no longer on site and a police helicopter has joined the search on Sunday, HM Coastguard added.

A Lancashire Police spokesman added: ‘Our HM Coastguard and RNLI colleagues searched the water well into the night and resumed early this morning.

‘They have unfortunately been unsuccessful and both Muhammad and Ali remain missing.

‘Their family have been informed and are being supported by specially trained officers. Our thoughts remain with them at this incredibly sad and difficult time.’ 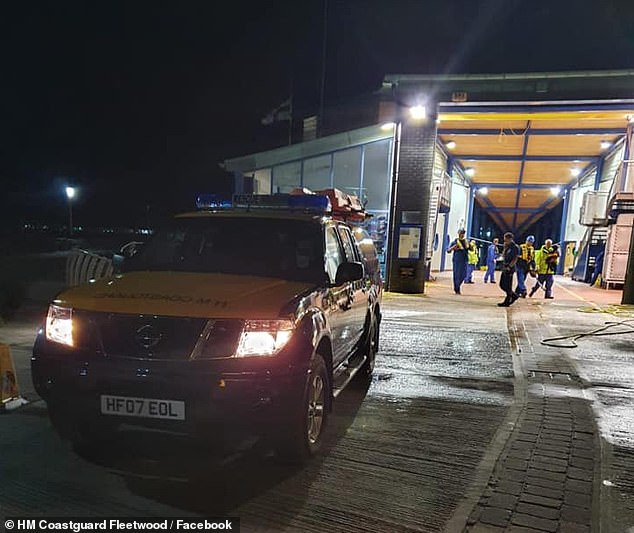 Emergency workers were searching into last night to try and find the missing 16-year-old and 18-year-old, who are both from Dewbury in West Yorkshire 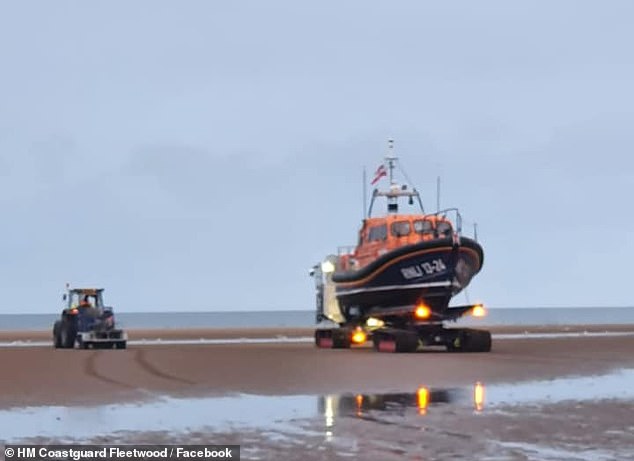 Having launched a search yesterday, police have urged people not to help out at the scene

Last week five bodies were pulled from waters around the country in the space of 48 hours.

Last Sunday a mother in her 30s drowned at Waxham in Norfolk after she jumped into the sea to rescue her son and his friend, who had got into difficulty in a kayak.

Less than two hours later the body of 12-year-old Ava Gray was found in the River Leven, near Balloch Bridge in Scotland, following a lengthy search.

On Monday a Sussex man’s body was pulled from the water off Lancing beach, the RNLI announced a second body was found the following day.

There was further tragedy on Monday as the body of man in his 60s was pulled from the water in Clacton-on-Sea, Essex.

Police are treating the death as unexplained but not suspicious.