What dummies! Coastguard launches helicopter in air-sea rescue costing thousands to grab body from the cliffs – only for it to turn out to be a training mannequin

Thousands of pounds was spent on an air and sea rescue following reports of a body washed up on perilous cliffs – only for the ‘body’ to be a training dummy.

The mannequin, dressed in an orange rescue suit, washed up on the rocks beneath cliffs at Kimmeridge, Dorset when it was spotted by a member of the public.

A coastguard helicopter and two land-based coastguard teams dashed to the scene to try and rescue the ‘body’.

The ‘body’ was found washed up underneath the cliffs at Kimmeridge, Dorset 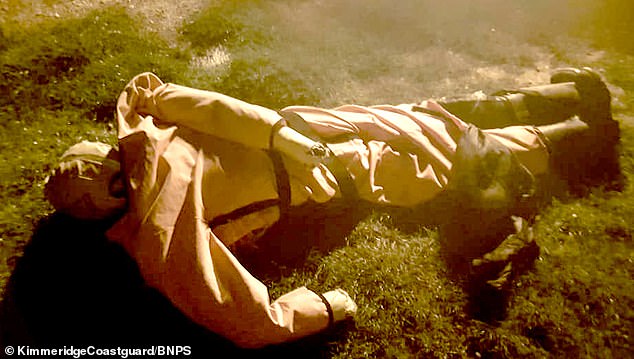 It is estimated that nearly £6,000 was spent on the rescue mission yesterday

It was only when a winchman was lowered into the sea that he realised it was just a dummy.

The rescue operation yesterday took place between 3.40pm to 6pm took around three hours and cost £6,000.

The mannequin was recovered by the coastguard to prevent future ‘false alarms’.

The Maritime and Coastguard Agency is trying to find out where the dummy came from. It is likely to have been swept ashore by recent storm.

A spokesman for the RNLI said they did not believe the dummy belonged to them.

A spokesman for the Kimmeridge coastguard team said: ‘Thankfully it was just a training dummy washed up at the bottom of cliffs west of Kimmeridge Bay.

A helicopter was deployed as part of the rescue operation, which took around three hours

‘The helicopter was also tasked and after being guided to the target by the team then putting down the winchman, the helicopter crew then confirmed and recovered the mannequin, delivering it to us back in the car park.’

A Maritime Coastguard Agency spokesperson said: ‘After about 20 minutes into the search there were suggestions the body was a mannequin but without confirmation we had to treat the event as live.

‘Around 45 minutes into their search Lulworth were stood down after it was confirmed the body was not real.

‘The helicopter stayed to retrieve the dummy to prevent further false calls arising.

‘The mannequin was recovered dressed in a survival suit and at the moment we have no indication as to who it belongs to.’ 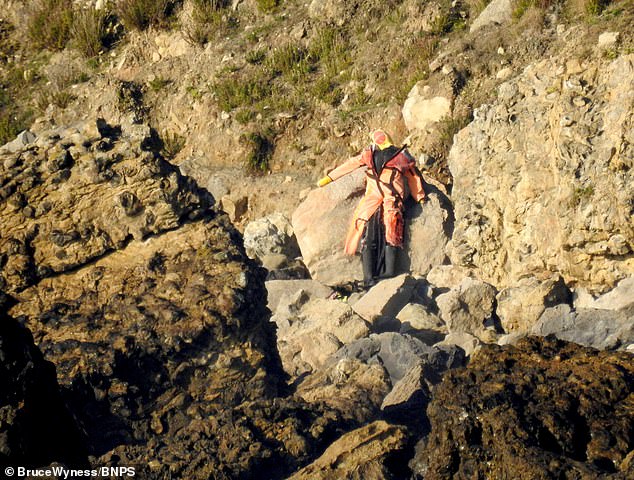 The mannequin, dressed in an orange rescue suit, washed up on the rocks beneath cliffs at Kimmeridge, Dorset 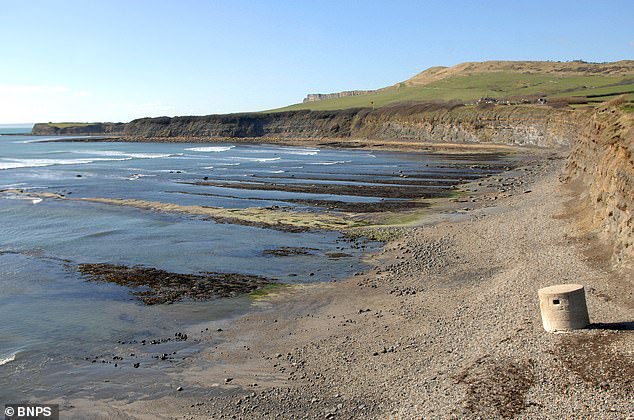 A coastguard helicopter and two land-based coastguard teams dashed to the scene in Kimmeridge, Dorset