Soft drinks companies are preparing to sue the Government over the sugar tax in another headache for George Osborne.

Coca-Cola and other drinks makers are drawing up plans for a legal challenge against the government, which plans to impose the tax in two years’ time.

The new tax, announced in last week’s Budget, will add 24p a litre to products with the highest sugar content with the intention of raising £500million a year.

But it is expected the drinks companies will make a legal challenge through the European courts to argue it is discriminatory because beverages with a higher sugar content such as fruit juices and milk shakes are exempt.

A senior industry source said: ‘It’s fair to say we are more than just considering legal action. This has been rushed through without warning’, the source told the Sunday Times.

Government officials are understood to be in talk with the drinks industry to try and avoid a legal battle – with giants such as Coca-Cola, Irn-Bru maker AG Barr and Robinson’s manufacturer Britvic likely to be involved.

The food industry is also likely to be supportive of a challenge amid fears that the sugar levy could stage the stage for a swathe of new ‘sin’ taxes on sugar in food, as well as on fat, salt and alcohol.

There have been successful challenges to similar taxes in Finland and Denmark. In December, European judges blocked Scotland’s plans to enforce minimum alcohol pricing per unit.

It would be another headache for the Chancellor, who is reeling from the resignation from Iain Duncan Smith and his broadside against the Government’s austerity agenda, controversy over cuts to welfare and the furore over the levels of tax paid by Google and other multinational firms.

Under the Budget proposals, drinks containing more than 8g of sugar per 100ml will face a charge of 24p per litre. Products with between 5g and 8g will see a tax of 18p.

Regular Coke, which has 10.6g of sugar per 100ml, Irn-Bru and Red Bull would all attract the top rate, adding around 8p to the price of a standard 330ml can. But fruit juices, which are higher in natural sugars, and milk-based drinks.

The tax came as a shock to the industry, after ministers appeared to have ruled it out earlier this year. Industry sources said they were told just days before the Budget that there were no plans for a tax. 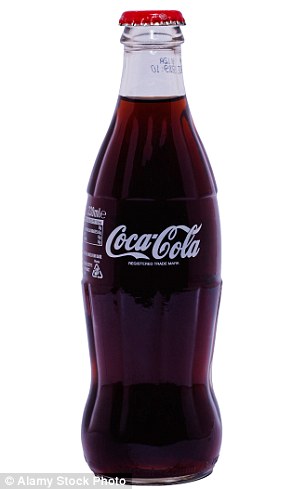 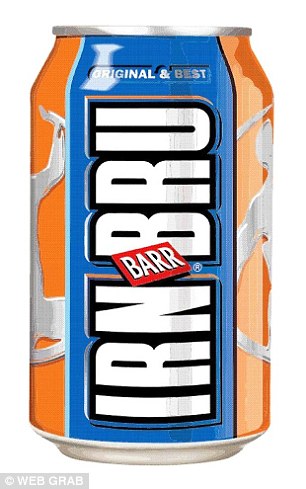 Government officials are understood to be in talk with the drinks industry to try and avoid a legal battle – with giants such as Coca-Cola, Irn-Bru maker AG Barr and Robinson’s manufacturer Britvic likely to be involved

On the day of the Budget announcement, shares in soft drinks firms fell sharply. The Treasury insisted the levy would be on the firms and they would choose whether to pass it on to customers, but insisted that the aim was that drinks firms reformulate their recipes to include less sugar.

Health professionals have lauded the tax, pointing out that treating obesity and diabetes costs the NHS £13.8billion a year. Campaigners are increasingly putting the blame for obesity on sugar.

But drinks firms argue that the experience abroad shows that sugar taxes do not work. Gavin Partington, Director General of the British Soft Drinks Association said the industry had already agreed to cut calories voluntarily. ‘By contrast sugar and calorie intake from all other major take home food categories is increasing – which makes the targeting of soft drinks simply absurd.’