A father-of-four has opened up about the time a Coca-Cola can suddenly exploded in his hot car.

Michael Betts was driving down the main road in Nambucca Heads, on the north coast of NSW, on September 24 with his wife and children when the can blew up.

‘It sounded like a gunshot went off,’ the 41-year-old told news.com.au.

Michael Betts was driving down the main road in Nambucca Heads, on the north coast of NSW, on September 24 with his wife and children when the can blew up

Mr Betts also thought it might be the car battery but was shocked to learn it was a can he’d left in the car overnight.

‘Instinctively I closed my eyes and ducked, but I was just trying to keep the car straight. If we were travelling at a high speed on a highway, around a corner, it could have all been over,’ he said.

As Australia gears up for a long hot summer Mr Betts wants to warn people about the dangers of not keeping your soft drinks cool.

He has already made formal complaints to Coca-Cola Amatil, Fair Trading NSW and the ACCC and hopes to claim $4,000 in cleaning costs. 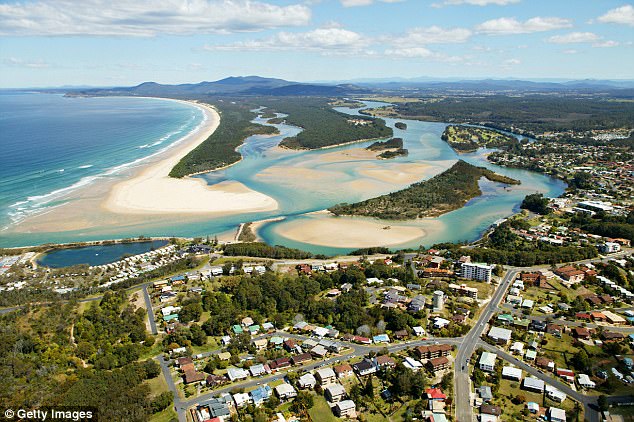 The liquid spray reportedly damaged the car as well as phones and phone cases during the explosion on what was recorded to be a 33 degree day.

A spokesman for Coca-Cola Amatil explained that the back of the can does specifically say the drink should be stored in a ‘cool, dry place.’

‘It’s not ideal to leave any food or drink container in a hot car, on a very hot day, for a long time. Cans can be damaged by excessive temperatures or rough handling,’ Patrick Low said.

From the pictures Mr Betts sent to the company it appeared as though the can had ‘domed’, meaning the domed section of the base expanded outward to cope with the pressure change.

Mr Low explained that there had been no reported injuries from ‘exploding’ cans during hot weather.