Cocomania strikes again! 15-year-old Coco Gauff beats defending champion and world No 3 Naomi Osaka in just 67 minutes for the biggest win of her incredible young career at the Australian Open

Coco Gauff scored a sensational win over defending champion Naomi Osaka at the Australian Open on a day that felt like there was an abrupt changing of the guard.

With Serena Williams having bowed out just a few hours earlier, her 15 year-old heir apparent stepped up to upset a clearly rattled Osaka 6-3 6-4 in just 67 minutes.

Serving with penetration and covering the court with incredible agility, Gauff played with amazing poise to take advantage of 30 unforced errors from the No 3 seed.

Coco Gauff has claimed the biggest win of her career, defeating world No 3 Naomi Osaka 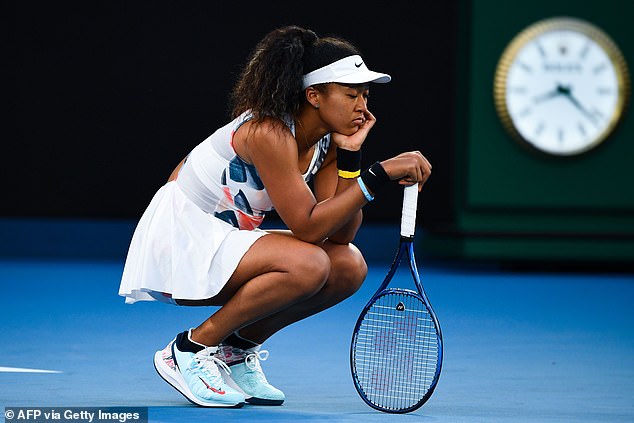 The Rod Laver Arena witnessed something completely different to New York’s Arthur Ashe Stadium at the US Open, where the teenager won just three games, and ended up having to be comforted by her conqueror.

This time Osaka was apparently unnerved by the youth of her opponent and was broken for 3-5 with her backhand especially awry.

Gauff has clearly improved since last summer, but could also be grateful for the amount of gifts that came her way. 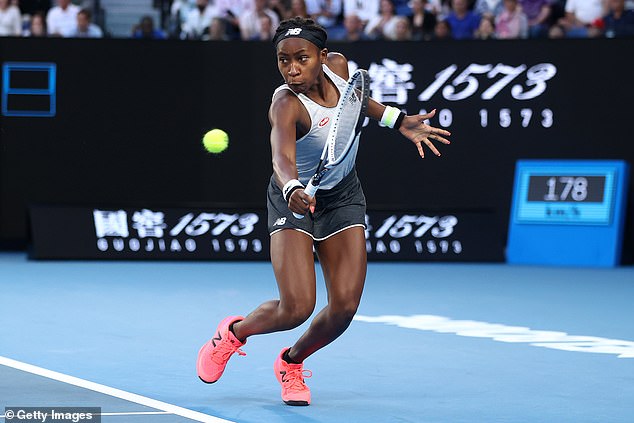 She broke for 5-3 in the first set and then just needed to keep her poise as her opponent’s game collapsed in a heap by the end.

‘What is my life? Oh my gosh, Two years ago I lost first round in juniors, and now I’m here. This is crazy,’ said Gauff, who is still doing schoolwork online.

‘I was just telling myself one point at a time and keep fighting because you never know what happens on this court.

‘I’m on Rod Laver Arena, I can’t believe this.’

She now plays either American Sofia Kenin or or Shuai Zhang.