American teenager Coco Gauff matched her feat of two years ago by reaching the fourth round at Wimbledon.

It is hard to fathom that Gauff is still the youngest player in either singles draw, two years after her sparkling debut when she beat Venus Williams on her way to the second week. 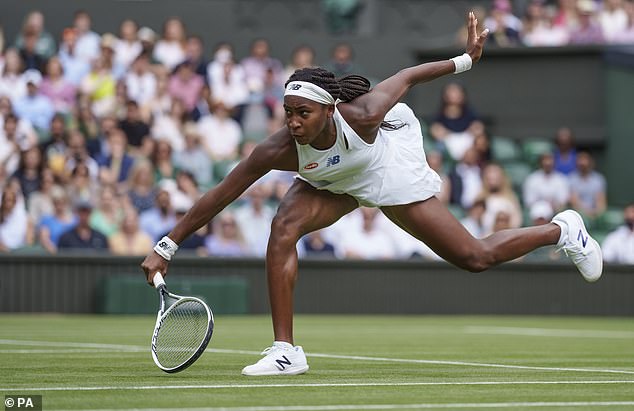 Back then Gauff was ranked 319 in the world. She is now 23 and on this evidence, still heading north.

She is bigger, faster and stronger than those heady days in 2019, but now has to handle the pressure of not being the young upstart but a genuine contender.

Having raced into a 4-0 lead, Gauff suffered a late-set wobble but hit through any nerves by serving it out with devastating power.

Juvan, who took a set off Serena Williams here two years ago, was warming to her task but Gauff saved break points in her first two service games, while crucially snaffling the one she was offered by the Slovenian. 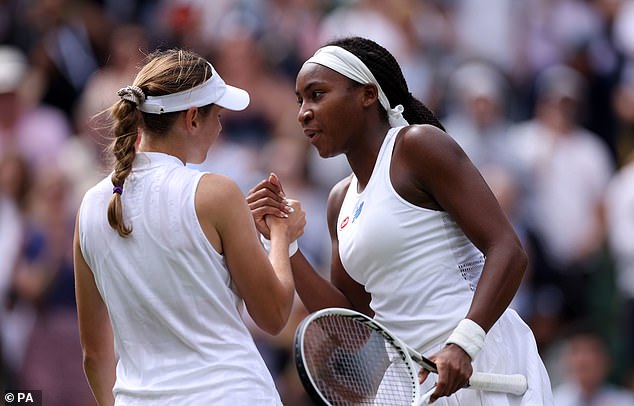 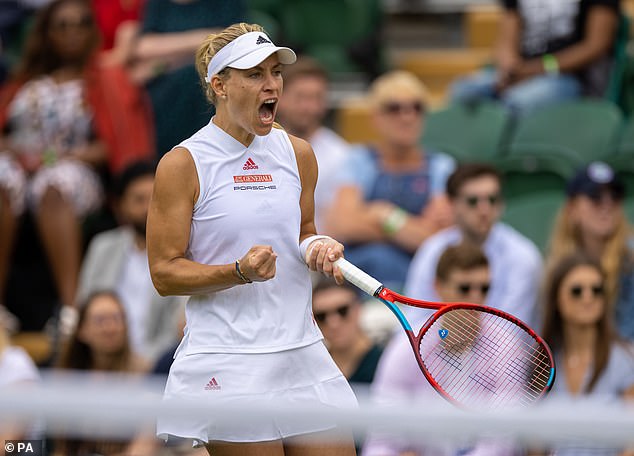 A second break wrapped up the victory and set up a mouthwatering meeting with former champion Angelique Kerber on Monday.

‘I think definitely coming in today I wasn’t as nervous as in my second round,’ said Gauff.

‘It’s a good feeling to be on this court and I’m super honoured the tournament lets me play on here. It’s not often a 17-year-old gets to play here.

‘The goal is to be here in front of you guys next week, but I’ll just take every match as it comes and enjoy it.’