Boyfriends of Instagram! Cody Simpson has a break in swim training to have a loved up lunch with his girlfriend and helps her take selfies on the Gold Coast

Cody Simpson has been preparing to compete at the Australian National Swimming Championships.

And during a break from training, the 24-year-old caught up with his American model girlfriend Marloes Stevens.

The happy couple walked hand-in-hand to a coffee shop in Queensland’s Mermaid Beach.

Stepping out: During a break from swim training, Cody Simpson caught up with his American model girlfriend Marloes Stevens

He also spent much of their time together taking photos of the glamorous Marloes, no doubt for her Instagram account.

The singer-songwriter was dressed in a stylish but casual ensemble of grey jeans and a black T-shirt.

Meanwhile Marloes, 28, wore an oversized black shirt with long sleeves, a bandanna around her neck, black sunglasses, and a pair of white sneakers.

Cody’s return Down Under comes as he prepares to take part in the Australian National Championships, which will take place in Southport. 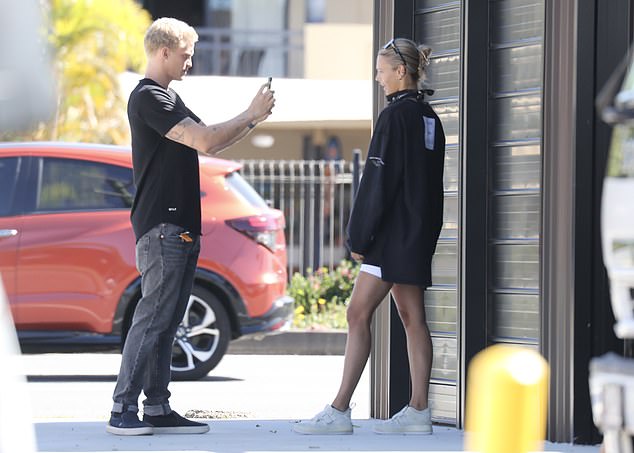 Say cheese! He also spent much of their time together taking photos of the glamorous Marloes, no doubt for her Instagram account

Prior to flying into Gold Coast, Cody and Marloes, who have been dating since December 2020, did 14 days of mandatory quarantine in Howard Springs, Darwin.

Earlier this year, Cody revealed to The New York Times what inspired him to jump back into the pool and compete in the 2024 Paris Olympics.

He explained he decided he still had a shot in the pool after seeing American swimmer Caeleb Dressel – who is five months his junior – beat a record set by Michael Phelps in 2019. 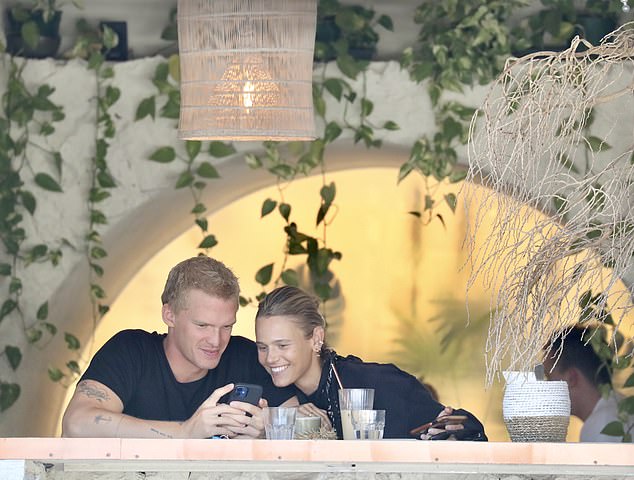 Checking out the results? The pair were all smiles as they poured over images of the model

‘I stopped drinking that night and started finding pools the next day,’ Cody, who hails from the Gold Coast, said.

Despite having an incredibly successful music career that saw him discovered on YouTube and signed by an American record label in 2010 at the age of 13, his childhood Olympic dreams were bigger.

‘I love the music industry very much, and I’ll continue to be a musician long into my life, but it’s not as pure of a pursuit as sport, which just comes straight down to the clock,’ he told The New York Times. 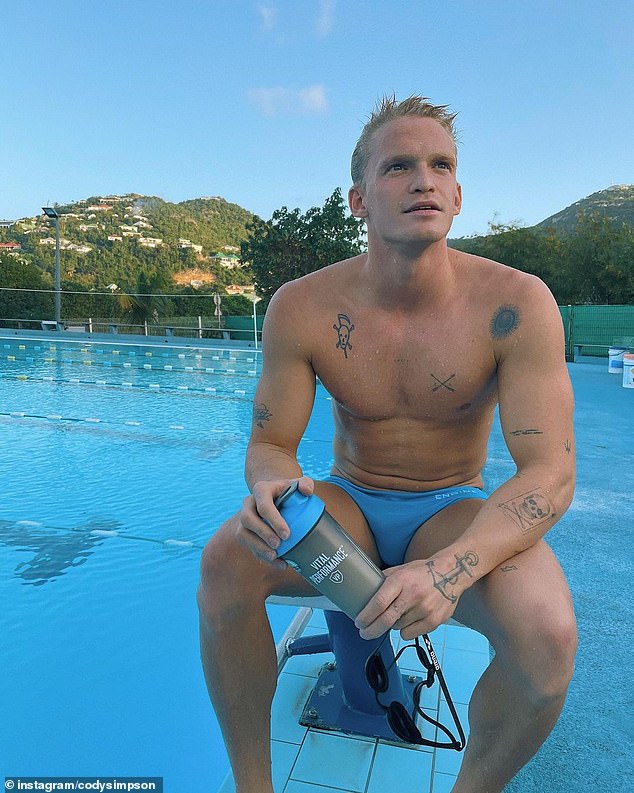 Wet and wild! Cody has been preparing to compete at the Australian National Swimming Championships