NEW YORK (AP) – President Donald Trump’s personal lawyer, Michael Cohen, is distancing himself from an associate in the taxi industry who pleaded guilty to tax fraud.

Evgeny Freidman was dubbed the Taxi King of New York for managing cab fleets for investors including Cohen.

FILE – In this April 11, 2018, file photo, President Donald Trump’s personal attorney, Michael Cohen, walks down the sidewalk in New York. Cohen’s longtime business partner Evgeny Freidman pleaded guilty on Tuesday, May 22, 2018, to tax fraud in a deal that requires him to cooperate in any ongoing investigations. (AP Photo/Seth Wenig)

Cohen tweeted Wednesday that he was “one of the thousands” of licensed taxi operators who turned to management companies.

He wrote, “Gene Freidman and I are not partners and have never been partners in this business or any other.”

A person briefed on his plea agreement said it requires him to cooperate with any ongoing investigation. The person wasn’t authorized to publicly discuss it and spoke to The Associated Press on condition of anonymity.

Cohen’s business dealings are being scrutinized by federal prosecutors. 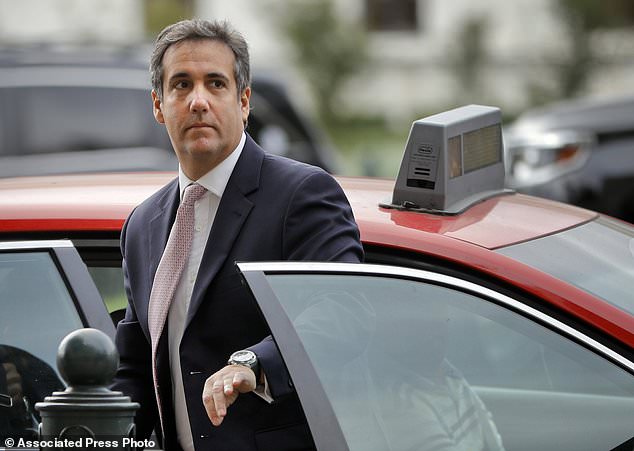 FILE – In this Sept. 19, 2017, file photo, Michael Cohen, President Donald Trump’s personal attorney, steps out of a cab during his arrival on Capitol Hill in Washington. Cohen’s longtime business partner Evgeny Freidman pleaded guilty, Tuesday, May 22, 2018, to tax fraud in a deal that requires him to cooperate in any ongoing investigations. (AP Photo/Pablo Martinez Monsivais)