A stone-cold killer who murdered his ex-wife, shot another woman in the head and attempted to murder three others will walk free after serving a 22-year sentence in prison.

William Kelvin Fox was once described by a prison psychologist as a ‘remorseless psychopathic killer’ but the Queensland Parole Board have decided to release the now 58-year-old on parole on June 29.

Barbara Hellwich, who has a bullet lodged in her head from when Fox shot her, says he is a ‘dangerous, violent, conniving and manipulative’ predator who still poses a danger to the community. 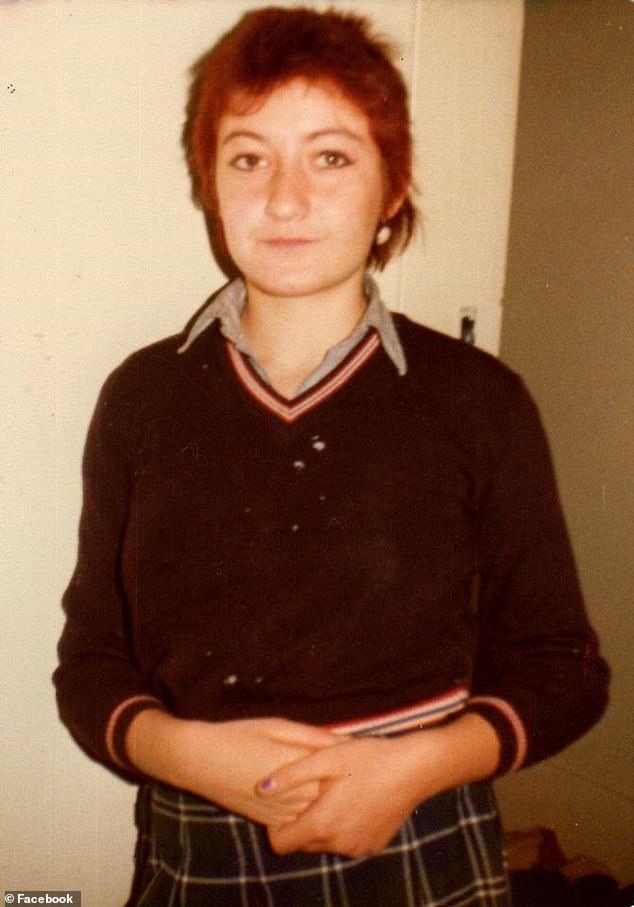 Barbara Hellwich (pictured), who was shot three times by Fox is ‘crushed’ that he is being released on parole

‘I felt a gut-wrenching rush of emotions,’ Hellwich told the Courier Mail when she heard he was going to be quietly released from Maryborough Correctional Centre into the Caboolture community.

When he couldn’t find her, he shot Ms Hellwich three times at close range with a .22 calibre rifle while she was holding her two-year-old son, Bodein.

‘I started to get up and he shot me in the face, it went into the side of my nose,’ she said.

‘My son Bodein woke up and ran down to me and I ended up with him in my lap when Fox put the gun to the back of my head and my armpit and shot me.

‘He had a gun pointed at my son’s head. I was begging ‘Please, don’t shoot him.

She said she tried to protect her son by wrapping herself around him.

When she eventually looked up Fox was gone. She said he must have thought she was dead. 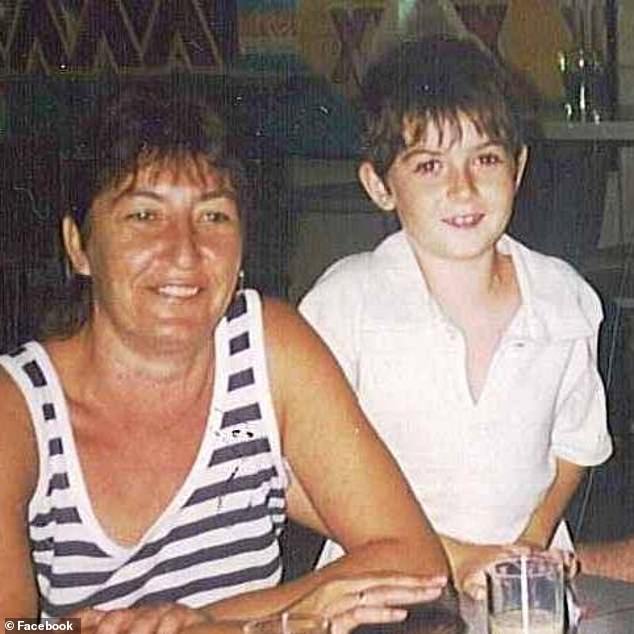 Ms Hellwich (pictured left) was shot three times at close range with a .22 calibre rifle while she was holding her two-year-old son, Bodein (pictured right) 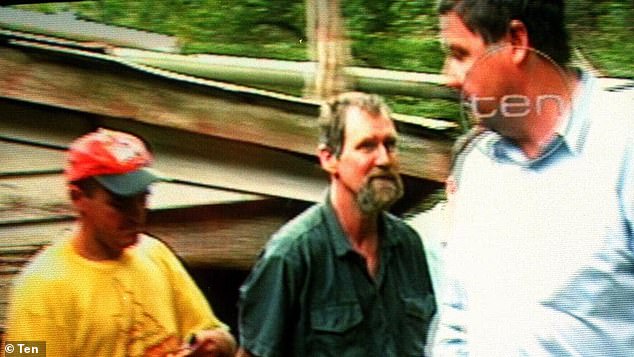 Fox is pictured (centre) in 1997 after he was arrested in bushland near Mt Glorious home, north-west of Brisbane

One of the bullets was able to be removed from her head but a second bullet is still lodged a millimetre away from her brain stem.

Fox remained on the run for three and a half years before he was eventually taken into custody near Maryborough.

In a stunning legal decision, Fox was granted bail and would later go murder his ex-wife Patricia Atkinson in 1996.

After shooting her in the head, he then shot his son and his son’s girlfriend, but the pair survived the frenzied attack.

Upon leaving the scene of the crime, Fox also shot a 60-year-old man at a farmhouse. He also survived.

Fox went back on the run and hid in bushland until he was eventually re-arrested in 1997 near Mt Glorious home, north-west of Brisbane. 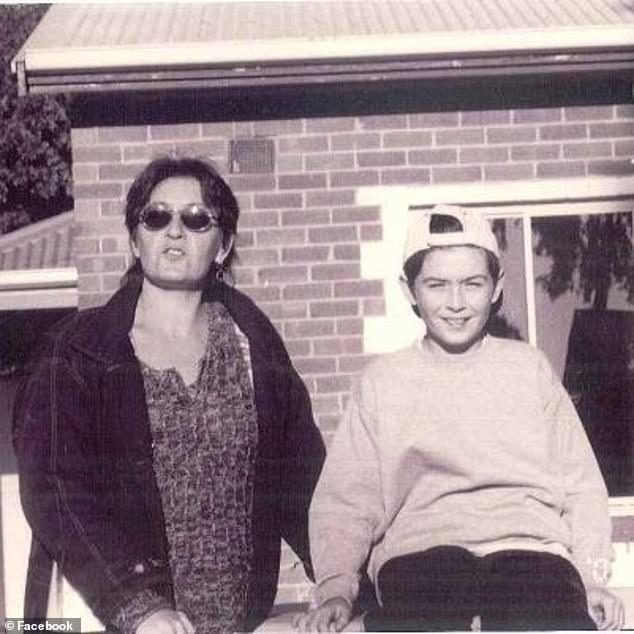 ‘He had a gun pointed at my son’s head. I was begging ‘Please, don’t shoot him,’ Ms Hellwich said 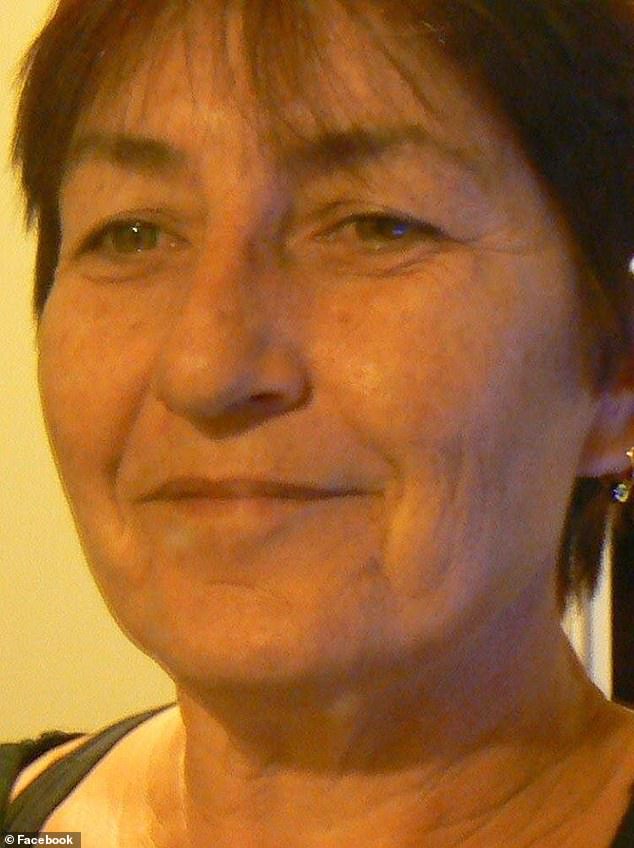 Ms Hellwich (pictured) believes Fox is a ‘dangerous, violent, conniving and manipulative’ predator who still poses a danger to the community

In 1998, he was found guilty of murder and four counts of attempted murder, including Ms Hellwich’s.

The trial judge gave Fox multiple life sentences and said he should not be released until authorities were ‘as confident as humanly possible’ he did not pose any further threat to the community.

This statement was later overturned by an appeals court who ordered the phrase to be wiped from the judgement.

‘Fox does not follow rules, he has no respect for the law or justice system, or for those he has victimised, Ms Hellwich said.

‘Why are they taking a risk with a highly dangerous person?’

Daily Mail Australia has contacted the Queensland Parole Board for comment.

The disturbing criminal past of cold-blooded killer William Fox

April, 22 1996: Fox storms into a Gold Coast caravan and shoots Barbara Hellwich three times while she is holding her two year old son

October, 1995: After being on the run for three and a half years, Fox is finally taken into custody near Maryborough

January, 1996: In a stunning legal decision, Fox is granted bail

August 27, 1996: While on bail, Fox shot and killed his ex-wife Patricia Gaye Atkinson near Gympie. He then shot his son and his son’s girlfriend before shooting a 60-year-old man

February, 1997: Fox went on the run after the frenzied attacks and was eventually captured in bushland at Mt Glorious

February, 1998: Fox is given a life sentence for his ex-wife’s murder and the three attempted murders in 1996

September, 1998: Fox is given yet another life sentence for the attempted murder of Barbara Hellwich in 1992

June 29, 2020: Despite his lengthy and extremely violent criminal history, Fox will is set to be released from Maryborough Correctional Centre on parole