Colorado authorities used DNA evidence from the body of a dead man whose corpse was exhumed to confirm that he was responsible for the rape, strangulation, and fatal shooting of a 23-year-old newlywed Denver mother-of-two 50 years ago.

The Boulder County Sheriff’s Office said DNA evidence found on the body of 23-year-old Betty Lee Jones matched that of Paul Leroy Martin, the man believed to be the attacker, The Daily Camera reports.

Martin died in June 2019 and his body was exhumed to make a positive DNA match.

Martin had no known link to Jones, but his family believed he drove a car similar to one Jones was seen getting into following an argument with her husband in March 1970.

The mother of two had been bound, sexually assaulted, strangled, and shot when she was found the next day near the Boulder and Jefferson county border. 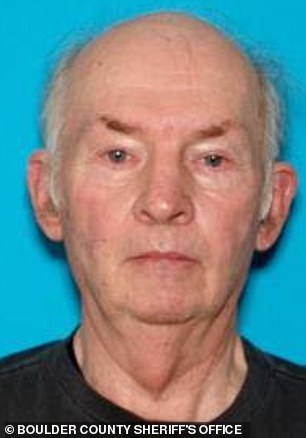 Betty Lee Jones (left), a newlywed, left her Denver home after an argument with her husband of nine days on March 8, 1970. She was found strangled, raped, and shot to death the next day. Paul Leroy Martin (right), who died last year, has been identified as the suspect in the 1970 rape and murder of Betty Lee Jones 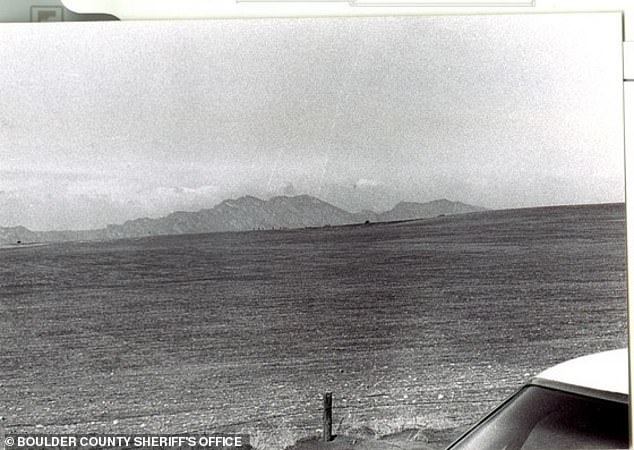 Betty Lee Jones’ body was found on an embankment by the side of Colorado 128 highway near the border separating Boulder and Jefferson Counties in Colorado on March 9, 1970

The case was reopened in 2006 and the DNA evidence was submitted to the Colorado Bureau of Investigation without finding any matches.

A probable cause statement was submitted to the Boulder County District Attorney’s Office May 26 and a murder charge would have been filed if Martin was alive, authorities said.

After an argument with Robert Ray Jones, her husband of just nine days, Betty Lee Jones left the home and tried to flag down a car.

Witnesses reported seeing her get into a blue sedan which drove off.

The next day, Jones’ body was found by two Colorado Department of Transportation workers down an embankment on Colo. 128 near the Boulder and Jefferson county border.

In 2006, investigators reopened the case and found DNA on Jones’ body, but it did not match that of any known suspects or convicted criminals in the national database.

The DNA also did not match that of Jones’ husband.

Authorities then submitted the suspect DNA to Bode Technologies, a private lab, which developed a profile using genetic genealogy, according to KCNC-TV.

Analysts developed a family tree and began to narrow down the potential suspects using a process of elimination.

They traced the DNA to a woman, who was later identified by the CBI.

Investigators then identified the woman’s husband and her two sons, who would have been in their twenties at the time of the murder and who lived in Denver at the time.

One of the sons was still alive. Investigators found him and obtained a DNA swab. 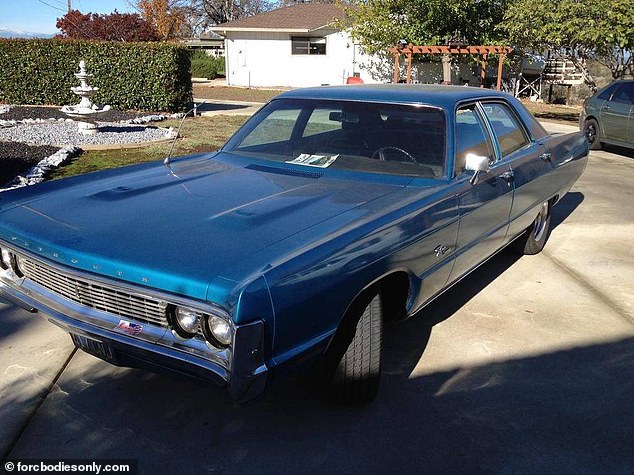 Relatives told investigators that Martin drove a blue Plymouth Fury sedan, similar to the vehicle that Betty Lee Jones was seen getting into outside of her Denver home on the day before her body was found. The above stock image shows a 1970 Plymouth Fury

The son also revealed to investigators that he had an estranged brother that they did not know about.

That man was identified as Paul Leroy Martin, who died in June 2019. His remains were interred in Fort Logan National Cemetery.

Authorities then exhumed his body and obtained a DNA sample, which was sent to the CBI lab.

On April 24, 2020, the CBI Forensic Sciences Biological Unit notified the Boulder County Sheriff’s Office that the sample collected from Betty Jones’ body and Paul Leroy Martin were a match.

Martin had no known link to Betty Lee Jones and the officers who initially investigated the case never suspected him.

Martin’s brother told investigators that he remembers him driving a blue Plymouth Fury sedan, which matches the description of the car that Betty Lee Jones flagged down on the day that she left her home in Denver.