The Bureau of Meteorology warned severe thunderstorms will lash north-east NSW and south-east Queensland on Tuesday.

‘With those severe thunderstorms, we’re forecasting damaging winds, large hail, heavy rainfall that may lead to flash flooding and there’s already some thunderstorms and showers on the radar at the moment,’ meteorologist Sarah Scully told Today.

The Bureau said a trough of low pressure will move across NSW in the coming days. Heavy rainfall is forecast for the south coast on Tuesday, with hail also possible.

The Bureau of Meteorology warned severe thunderstorms could lash north-east New South Wales and south-east Queensland on Tuesday. Pictured: A pedestrian tries to shelter from the rain in Sydney on Friday 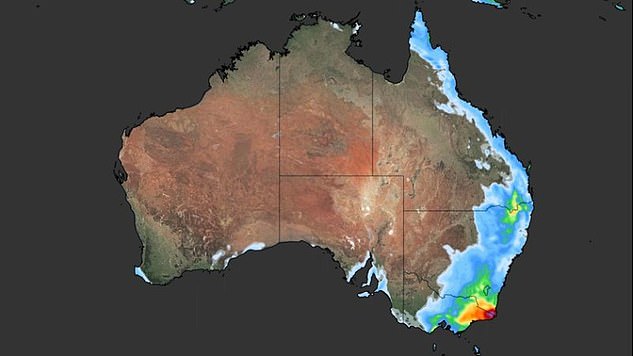 A Weatherzone map shows the accumulated rain across Australia on Tuesday

‘A severe weather warning is current for heavy rain cloud with rain with storms developing over the south-east of NSW today,’ the Bureau tweeted on Tuesday morning.

‘Locations which may be affected include Bega, Merimbula, Eden and Bombala.’

In the state’s north-east – from the Queensland border to the mid-north coast – large hail, damaging winds, and significant downpours are expected.

‘But in this particular case it’s due to the combination of having a relatively significant amount of humidity around for this time of year, and also a very powerful upper level system moving through.’

The storm will likely begin on Tuesday, peaking in the afternoon and petering out over Wednesday and Thursday. 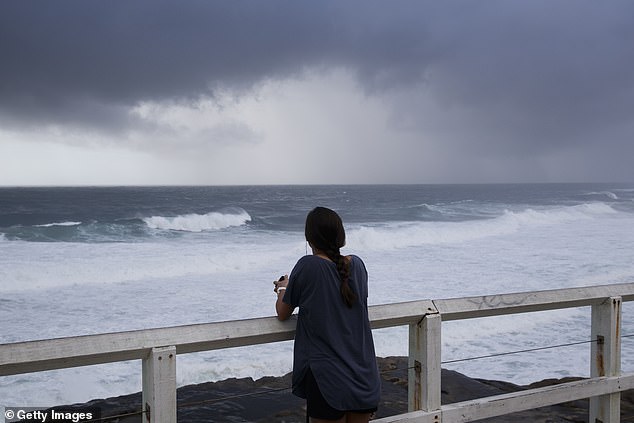 Sydney and the Hunter region should be spared, but the BOM is urging all residents along the coast to be prepared for severe storms. Pictured: A woman looks out to the coastline at Bronte on Friday 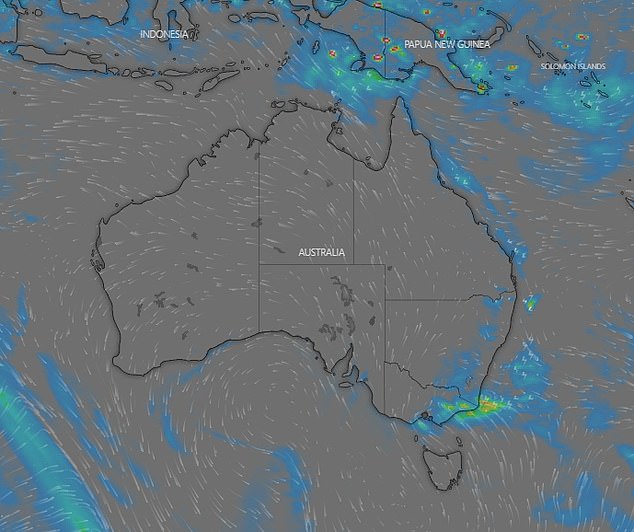 Sydney and the Hunter region should be spared, but the BOM urged all residents along the coast to be prepared for severe storms.

The Bureau warned Queensland residents on the Gold Coast and in Brisbane, Logan and Beaudesert to prepare for severe thunderstorms on Tuesday.

In Victoria, heavy rain is forecast to lash Gippsland and the Otways, in the state’s south-east.

The Bureau said 30-60mm is expected, with 50-100mm possible on the southern slopes of the ranges and in the far east.

The stormy weather came after millions of Australians were plunged into an early winter.

South Australians felt brunt of the cold snap as damaging gusts of more than 100km/h lashed the south-eastern parts of the state on Monday afternoon. 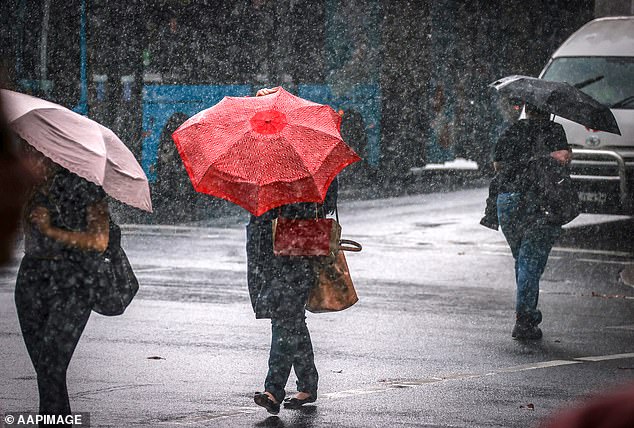 Pictured: Pedestrians walk across a main road holding umbrellas during wet weather in the centre of Sydney on May 7. The city will see at least three more days of rain this week

‘There will be gusty showers and rain patches from the Flinders Ranges in the south-east of SA to the Victorian border,’ he said.

The arctic winds will also blow over Tasmania at a speeds of up to 102km/h, with up to 5mm of snow on the island’s highest peaks.

‘In Tasmania there have been strong winds in the last 24 hours in places like Maatsuyker Island,’ Mr Abellan said.

Temperatures in Canberra will drop to 0C on Saturday with a maximum of 17C on Thursday.

The Northern Territory and Perth will see average temperatures throughout the week. 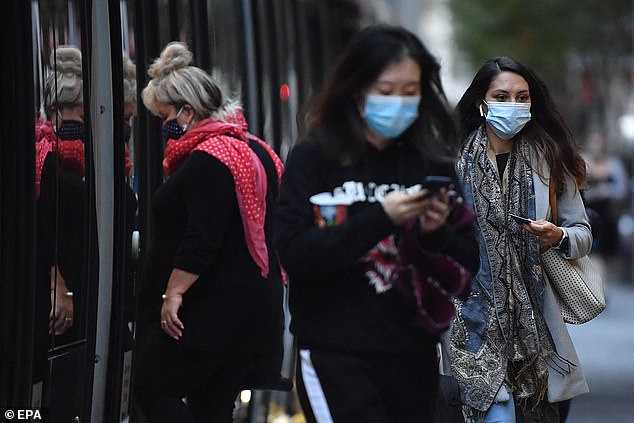 The southern parts of New South Wales, including Sydney, will see showers from Tuesday through to Thursday. Pictured: Rugged-up Sydneysiders

WEATHER FORECAST IN YOUR CITY